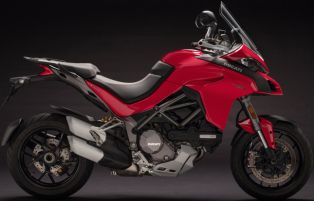 Tweet
Specs Compare News
Ducati India has launched the latest Multistrada 1260 and 1260 S in India. The flagship adventure motorcycle from Ducati has been launched at an attractive introductory price of Rs. 15,99,000 for the base model and Rs. 18,06,000 for the 1260 S. Here's an overview of the new war horse from the Borgo Panigale stable. 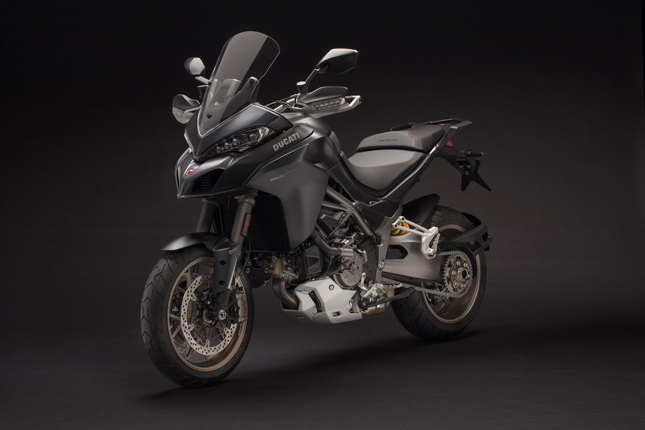 As far as looks are concerned for the Multistrada 1260 and 1260 S, it retains the exact body work and design from the previous generation Multistrada 1200. The new model is a subtle evolution internally and the way it rides rather than an outright aesthetic redesign. It is still one of the best looking adventure bikes available in the market, and has a killer road presence. 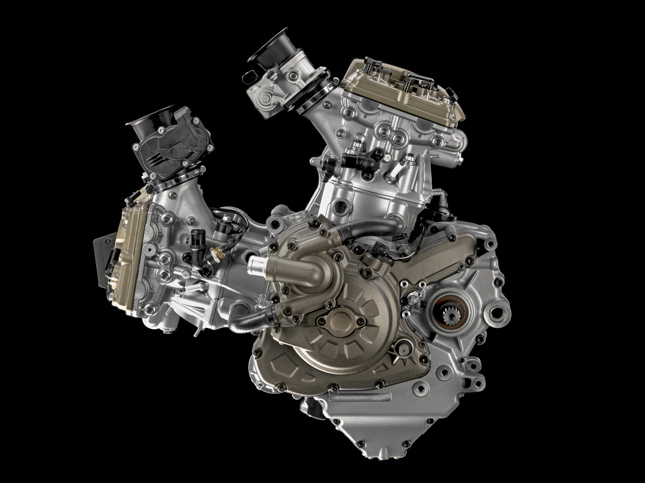 The major difference is an overhaul in the internals of an already grunty motor. The new Multistrada 1260 now gets a longer stroke 1262cc Testastretta DVT engine with Desmodromic valve timing based on the power cruiser XDiavel. The power figures sees only a slight bump of 6bhp, but Ducati claims an 18% increase in torque at 5,500 rpm. The big bore L-twin engine churns out an outstanding 158 bhp at 9,750 RPM and 129.5 Nm of torque at 7,500 RPM. The engine is fueled by Bosch EFI system and electronic throttle bodies equipped with Ride by wire. The clutch is a light action, wet, multiplate unit with hydraulic control and has slip assist. The transmission is a manual claw shifted 6 speed transmission. There is also an up/down quick shifter for those quick shifts on the go. 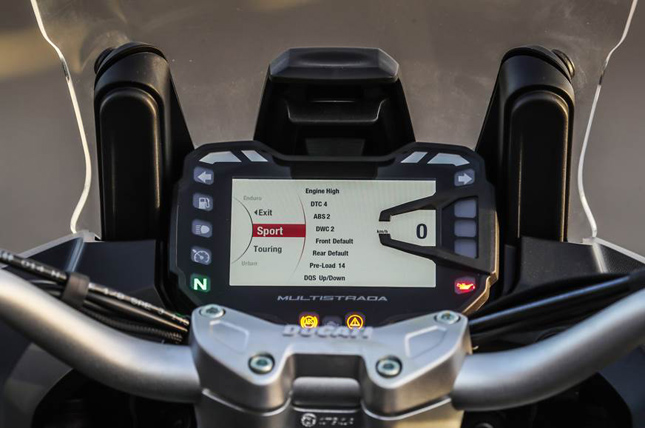 The electronics on the Multistrada 1260 have improved a lot further, from the already high tech 1200. The motorcycle gets Vehicle Hold Control (VHC), various riding modes, power modes, Bosch Cornering ABS, Ducati Traction Control, Ducati Wheelie Control, Cruise Control, Gear by gear engine braking system, self cancelling indicators, back lit switch gear, quick shifter with auto blipper, LED Cornering headlights and keyless ignition apart from the other electronic suspension settings. The motorcycle also allows the rider to stay connected using their phone via a downloadable Ducati Link App. The app will record the bike settings, data, routes, and interaction with fellow owners. The electronic semi active suspension and the LED Cornering headlights are exclusive to the 1260 S. The motorcycle also gets a new TFT color dashboard, now on par with the other new gen bikes. 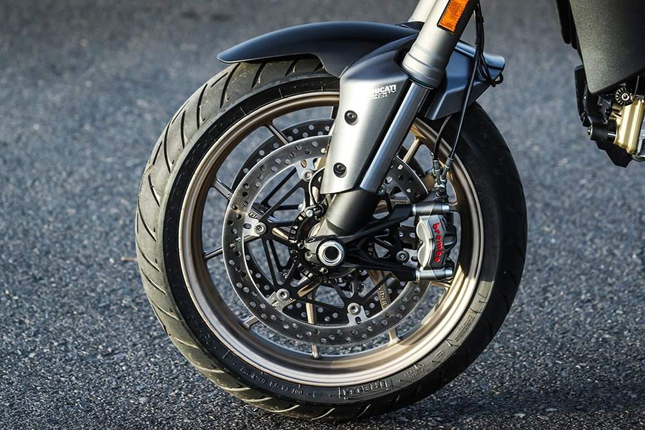 The Ducati Multistrada 1260 is built on the similar tubular steel trellis frame with the engine as a stress member becoming an integral part of the chassis. Braking duties are carried out by dual 320mm semi floating discs up front with radially mounted monobloc Brembo 4 piston calipers and a single 265mm disc with a 2 piston caliper at the back. The 1260 S gets much sophisticated dual 330 mm discs with Brembo monobloc Evo M50 calipers, one of the top most brake calipers available in the market. The base model is suspended by adjustable 48mm KYB forks up front and a Sachs rear shock, while the 1260 S gets a top of the line Semi active electronic Sachs "Ducati Skyhook Suspension" at the front. 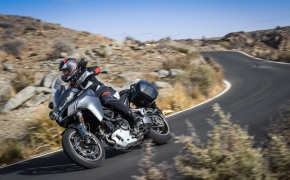 Ducati India has launched their Multistrada 1260 and 1260 S in India at an introductory...