The KTM AG (formerly: KTM Power Sports AG) listed since December 2003 on the Vienna Stock Exchange and forms the roof over the KTM Group. The KTM Sport Motorcycle AG, headquartered in Mattighofen is the core operating company of the group produces and develops a race-ready offroad and street motorcycles. The KTM products are distributed through 23 distribution companies and two joint venture companies in Dubai and New Zealand at over 1,100 independent dealers and importers.  recognized as the leader in off-road competition segment KTM 1994 has begun to develop road motorcycles and produce .

Since 2007, KTM is cooperating with the Indian Bajaj Group, the second largest manufacturer in India of motorcycles and three-Wheelern. The focus of the cooperation is the joint development of street motorcycles in the entry-level segment 125-390 cc, which are produced in India and sold under the brand "KTM" by both companies in their home markets. 2011 was the first joint model, which successfully launched Duke 125 on the European market. 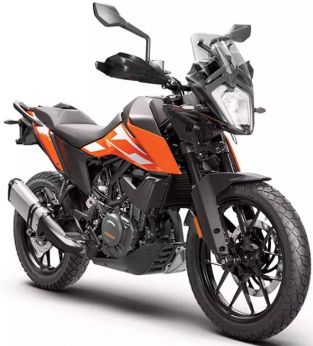 Tweet
KTM 250 Adventure looks absolutely similar to its elder sibling- 390 Adventure. The KTM 250 Adventure is the smallest ADV touring machine from the house of KTM globally. The 250 Adventure is powered by a 248.7cc liquid cooled, single cylinder motor. The mill is capable of churning out 29.5 Bhp of power and 24 Nm of torque. It is launched...
Compare See full specs » 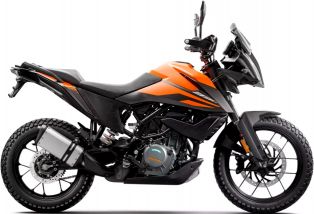 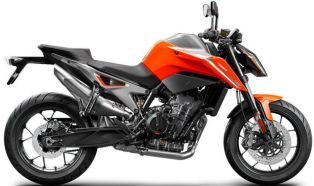 Tweet
KTM India has introduced their first parallel twin engine motorcycle in our country- Duke 790. The naked monster is so compact that one can easily get confused with its smaller sibling Duke 390. The Duke 790 comes equipped with 799cc parallel twin cylinder motor churning out whooping 103 Bhp of power with only 169 Kg dry weight. The best power...
Compare See full specs » 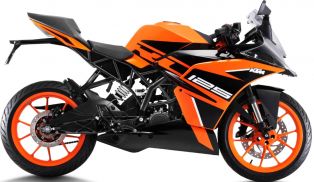 Tweet
The entry level sportbike from the house of KTM is the RC 125, the bike comes featured with World class suspension setup and electronics onboard. The KTM RC 125 comes equipped with 125cc single cylinder liquid cooled engine churning out just right amount of power and torque for track racing. The bike is also featured with Anti Lock Braking System...
Compare See full specs » 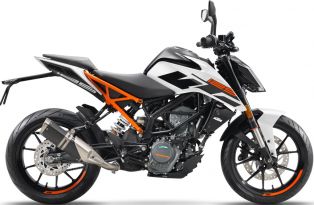 Tweet
The KTM Duke 125 is the least capacity motorcycle produced by the Austrian company in collaboration with its Indian subsidiary- Bajaj Auto Ltd. The 125cc short stroke engine of the Duke 125 makes this beauty a pocket rocket. Design wise the bike is absolutely similar to its elder siblings viz; Duke 390 and 250 in India. Taking the design ques...
Compare See full specs » 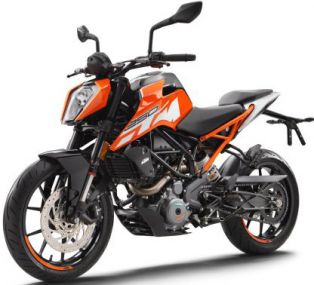 Tweet
KTM India has introduced the all new Duke 250 as a surprise and the bike sits right in between the mighty Duke 390 and the smaller Duke 200. The new KTM Duke 250 comes featured with slipper clutch, big fuel tank as it is in new Duke 390, new trellis frame with bolted sub frame, up swept aluminum exhaust canister...
Compare See full specs » 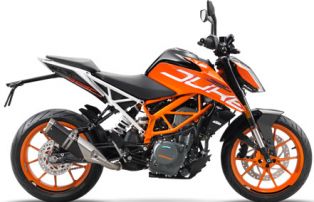 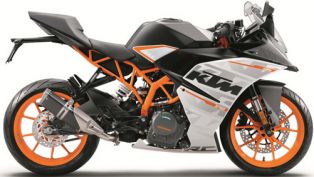 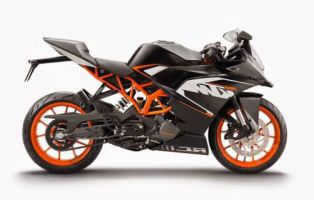 Tweet
KTM RC200 is a full faired 200cc bike sharing power terrain with Duke 200. It has same power and torque figure as of Duke 200 and it comes with same MRF tyres and no ABS, not even optional.
Compare See full specs » 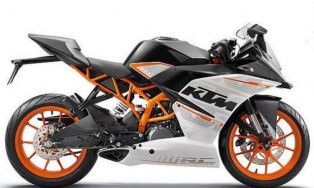 Tweet
The KTM RC 390 is a one hooligan equipped with 373.2cc single cylinder engine churning out 44.6 Ps of power. The bike has best in class power to weight ratio and only sportbike featured with trellis frame in its class.
Compare See full specs »
1-10 of 12 Last 2 Bikes »

Oct 16, 2018
I am sure that you guys have heard by now that the 2019 Duke 125 is allegedly coming to India but the question of its Value proposition still remains. How many people in India would want to buy a 1.5 lakh Motorcycle having a 125 cc engine? Well, let’s try to answer that.
View All 40 Bikes Reviews 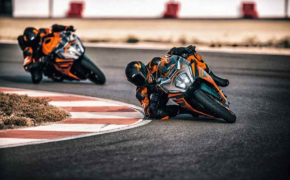 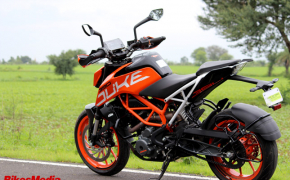 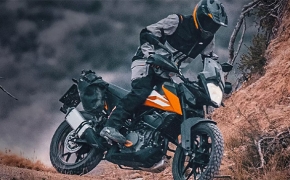 KTM India has launched the quarter liter ADV- 250 Adventure. With the launch of new... 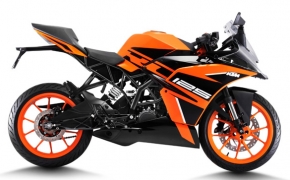 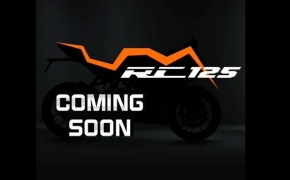 The Austrian motorcycle maker KTM has teased the anticipated bike ahead its launch- KTM RC125.... 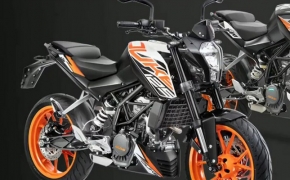 KTM has confirmed via their social media handle, how the KTM Duke 125 will officially...
View All KTM Bikes News