All the latest happenings in the Indian bike industry, latest information on new bikes launches and what the grapevine has about the bikes to hit the Indian market, BikesMedia's news section covers it all. 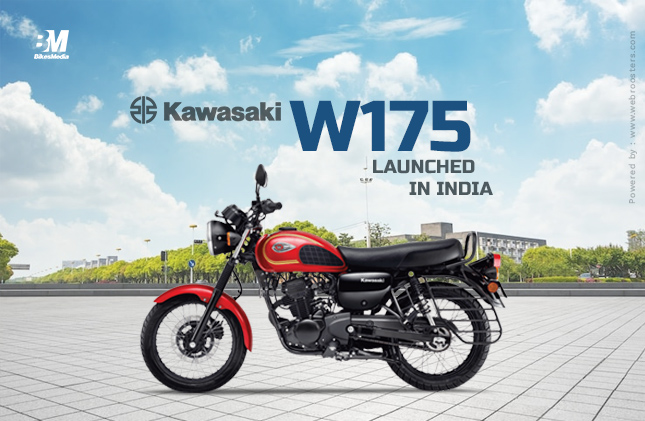 Kawasaki Motorcycle India has launched their entry level and most affordable model in our country- Kawasaki W175. The very basic and retro-style motorcycle from the house of Kawasaki has been launched in two variants. The base model of new W175 is featured with Ebony (Black) paint and is priced at INR 1,47,000. The premium version of the bike comes in bold Candy Persimmon Red colour and is available at INR 1,49,000.
Read Full Story » 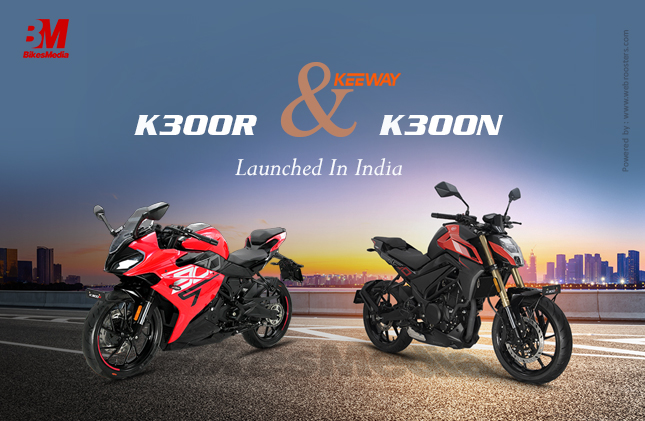 Keeway Motors has launched two new bikes- K300 N and K300 R in the Indian market. The company has priced the bikes which start at Rs 2,65,000. The Keeway K300N is a naked roadster while as the name suggests the K300R is a fully faired sport bike.
Read Full Story » 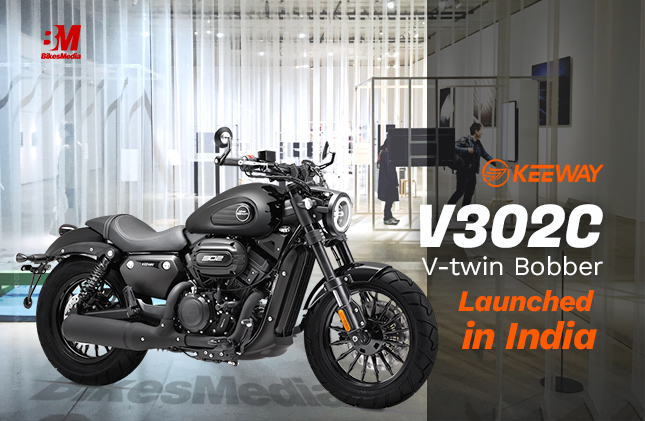 The Hungarian auto manufacturer- Keeway has launched the new V302C bobber motorcycle in the Indian market. The newly launched V-Twin Bobber is introduced in India at a price tag of Rs 3,89,000/ - (Ex-Showroom). The V302C is powered by a 298cc V-Twin motor producing 29.5 Bhp of power and 26.5 Nm of peak torque.
Read Full Story » 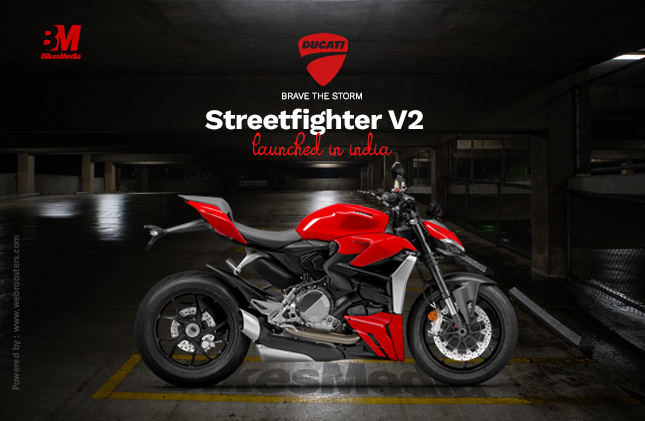 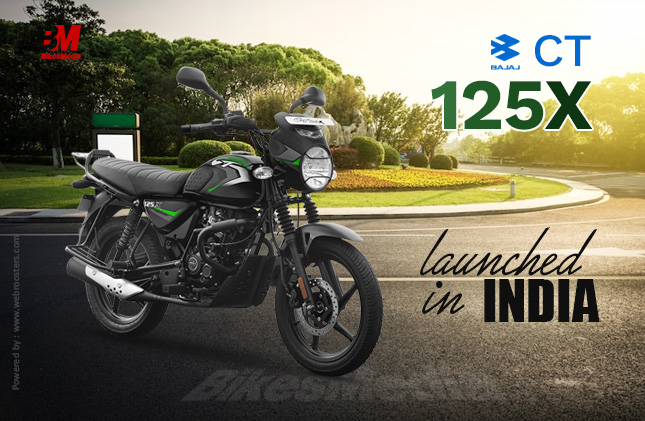 Bajaj Auto Ltd. (BAL) has launched probably the most affordable 125cc bike available in India- CT125X. The newly launched Bajaj CT125X looks similar to the existing CT110 X bike; the bike gets the same old round headlight with a cowl integrated with LED strip. The bike comes with minimal bodywork that is adequate for a proper commuter bike. The new CT 125X also comes featured with a headlight guard, engine crash guard and a luggage rack at the rear.
Read Full Story » 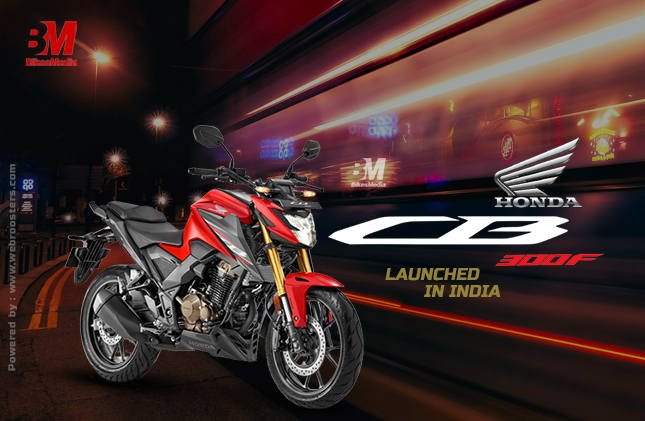 Honda Motorcycle & Scooter India (HMSI) launched the new CB300F roadster bike in India. The company has positioned the new motorcycle under the existing naked CB300R. The new CB300F comes with a price tag of Rs 2.26 lakh for its Deluxe variant while the Deluxe Pro will costs Rs 2.29 lakh (both prices are ex-showroom). Honda will sell the newly launched CB300F through its premium BigWing dealerships in India just as they have done with CB300R.
Read Full Story » 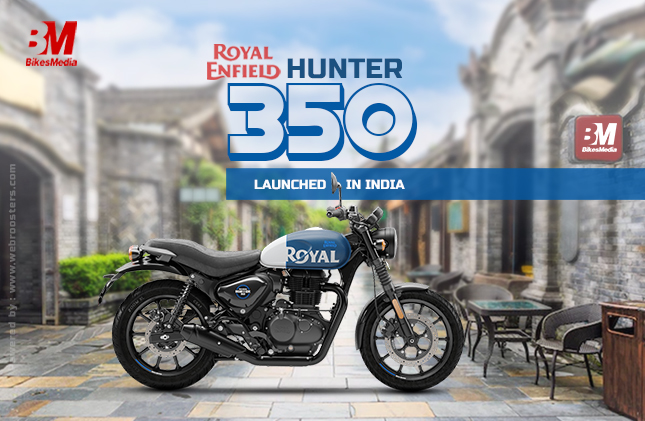 Royal Enfield India has launched its Hunter 350 in India. The company has fixed the price for its new product at Rs 1,49,900 (Ex-showroom). There are three variants of the newly launched RE Hunter available in the market.
Read Full Story » 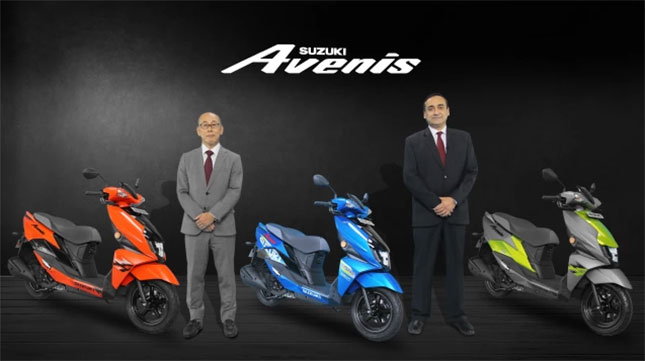 Suzuki has launched a brand new 125cc sporty scooter in India- Avenis 125. The scooter is targeted at the youth and it is priced at Rs. 86,700 (Ex-Showroom). The all-new Suzuki Avenis 125 will compete with the likes of Honda Grazia, Hero Maestro Edge 125, Aprilia SR 125, and TVS NTorq 125.
Read Full Story » 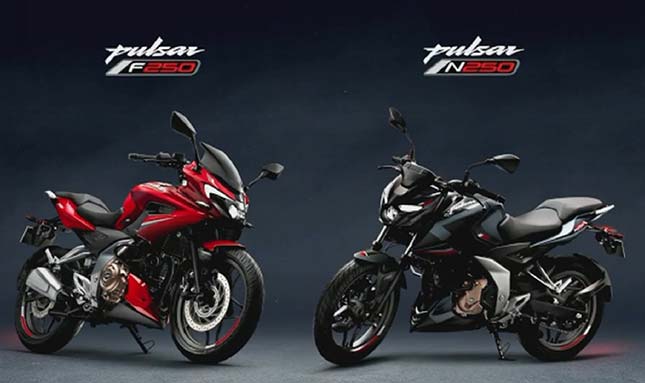 Bajaj Auto Ltd (BAL) has now updated its product portfolio by launching quarter liter motorcycles- New Bajaj Pulsar F250 and N250. The new quarter-liter Pulsar 250 range includes two models, the Pulsar N250 and Pulsar F250. The naked roadster Pulsar N250 has been priced at INR 1.38 lakh, whereas the Pulsar F250 on the other hand features with a semi-faired design and has been priced at INR 1.40 lakh.
Read Full Story »
Next Page »