Tweet
Specs Compare News
The all new Ducati Scrambler 1100 is based on the design philosophy of iconic 70's model. The bike is bigger and meatier than the other Scrambler series motorcycles. Scrambler 1100 is equipped with 1079cc L-Twin Desmodromic air cooled engine. The 2-valve per cylinder motor is mated to a manual 6-speed gear transmission setup. There are two other variants of the bike viz; Special and Sport.

Scrambler is the most successful series from Ducati worldwide. So it makes sense for the company to keep working on it. Thus they released the Ducati Scrambler 1100 recently, in order to expand the Scrambler range. Here is the overview- 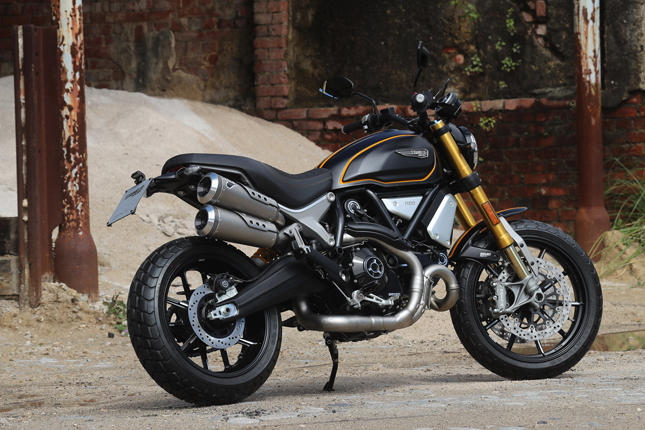 The Ducati Scrambler is launched in 3 variants and all of them use the same engine. It is an L-shaped twin cylinder air cooled 1079 cc Desmodromic engine. The motor is fuel injected and is paired with a 6-speed transmission gearbox.

The engine produces 88 Nm of torque @4750 RPM and 85.65 PS of power @7500 RPM. The torque hits early which means that the initial acceleration of the Scrambler will be high. In short, it is an agile bike to ride in the city as well as on the highway. 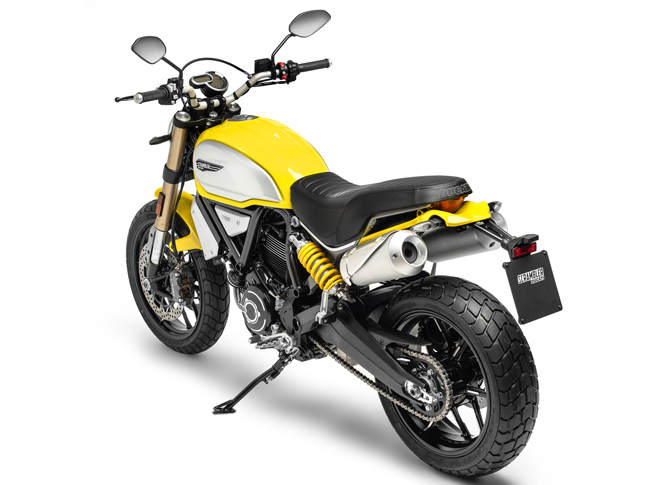 The Ducati Scrambler 1100 just like its cousin, sits on a tubular Steel frame. On the base and special model, the bike gets fully adjustable 45 mm Marzocchi USD forks, at the front and pre-load and rebound adjustable Kayaba monoshock, at the rear. While on the Sports variant, the fully adjustable Ohlins suspension can be found, at both ends.

The fuel tank is of 15 liters capacity and the Wheelbase is quite long at 1514 mm. The alloy wheels on the base and the Sports versions are 18 and 17-inch alloys while on the special version, they are spoked. The front tyre is of 120/80 mm while the rear tyre is of 180/55 mm. Also the Special and the Sports version has Pirelli tyres. Brakes include a twin 320 mm disc at the front and a 245 mm single disc at the rear. 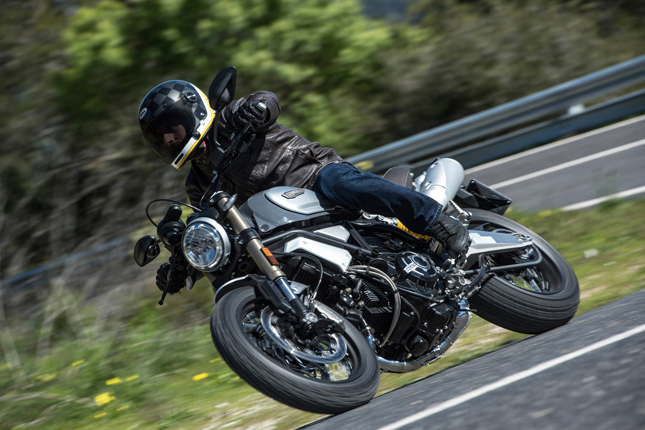 The bike gets dual channel ABS and 3 riding modes, namely Active, Journey and City. Along with it, the bike also gets Bosch cornering ABS, four-level Traction Control System, and adjustable levers for brakes and clutch. Ducati Scrambler improves on the original smaller Scrambler, which was a huge success for the company when launched. With the 1100 cc version, the company is trying to catch up with Triumph Thruxton R and Honda CB 1000R.

The base version of the bike costs Rs 10.91 lakh while the "Special" and "Sport" variant goes off the showroom floor at Rs 11.12 lakh and Rs 11.42 lakh, respectively. All prices are ex-showroom. 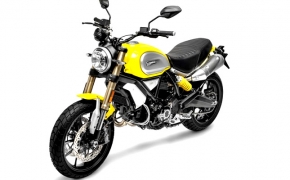 Ducati India has launched all new Scrambler 1100 in India, the meatier Scrambler comes in...