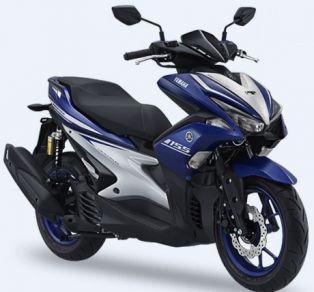 Tweet
Specs Compare
Yamaha Aerox 155 scooter was recently spotted at a dealership in India citing an expected launch at the 2018 India Auto Expo. The Aerox 155 is currently on sale in most of the East Asian countries, so one could expect the scooter in India. The motorcycle is race inspired and has an aggressive design. The engine is based on the new 155cc motor on the R15, though in a different state of tune. Here's all you need to know about the sporty scooter Aerox 155. 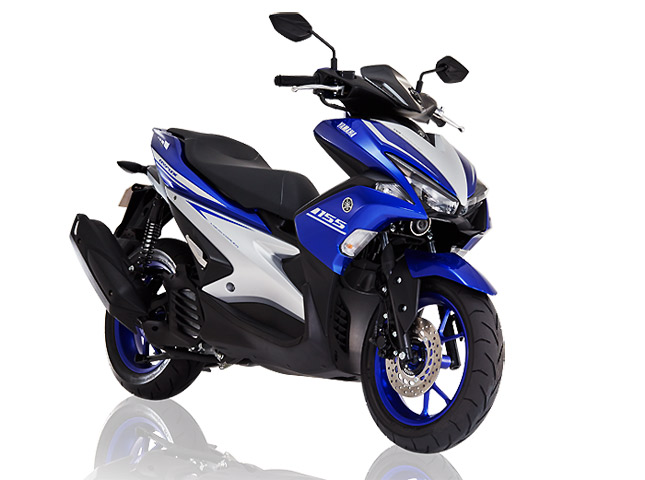 The Aerox 155 would by far be the best looking scooter in India when launched. It has a sport bike styling incorporated neatly on the scooter. The front end is larger and wider than a Ray ZR, which houses a split dual LED headlight assembly with turn indicators on either sides. The either sides of the motorcycle are also meaty with bold graphics running throughout the body.

The seats are really wide which would offer a plush ride, while the pillion seat is a bit higher and integrated. The scooter stands tall as they come shod with 14 inch wheels at both ends. The rear end is sharp while the taillights are LED units. The scooter also gets smart key system, mobile charging port and a full digital instrument cluster on a 5.8" LCD screen. 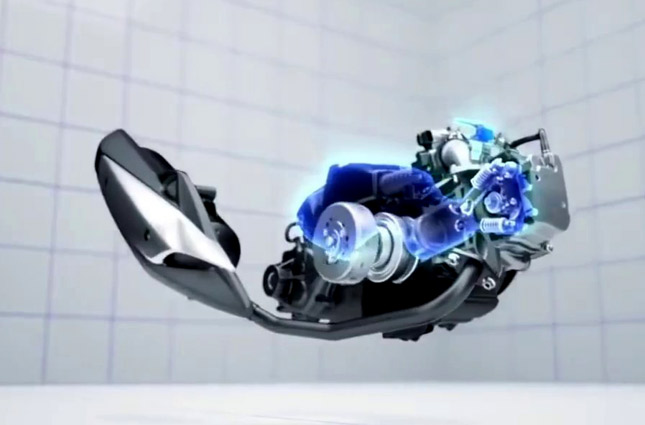 The Aerox 155 gets a liquid cooled SOHC 155cc engine based on R15 V3 motor. The engine churns out 14.8 bhp at 8,000 rpm and 14.4 Nm of torque at 6,000 rpm respectively, making the Aerox 155 the most powerful scooter in its segment. It is also the only scooter to get liquid cooling and fuel injection when launched in India. The clutch is a dry centrifugal automatic unit while the transmission is a V- belt automatic (CVT). 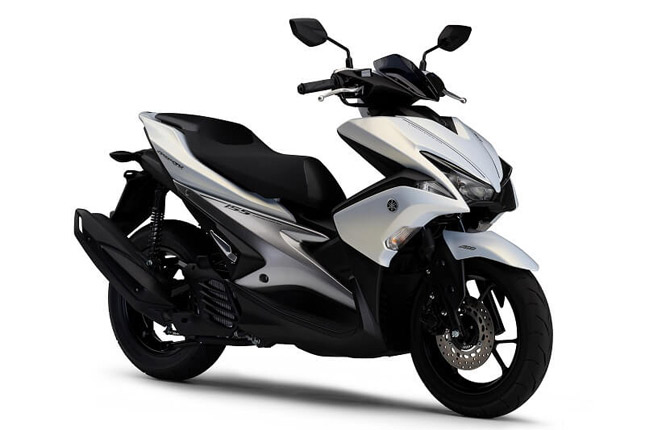 The Aerox 155 is built on a steel underbone chassis to handle all the power the engine has on offer. Braking duties are carried out by a single disc with ABS up front and a drum brakes at the rear. Due to cost cutting, the Aerox is highly unlikely to get the ABS in India. The scooter is suspended by telescopic front forks and tall unit swing shock absorber at the rear. The motorcycle weighs 116kg and has a fuel tank capacity of 4.6 litres. The under seat storage is also large enough at 25 litres. The 14 inch wheels come shod with tyres of 110/80-14 and 140/70-14 profiles respectively. 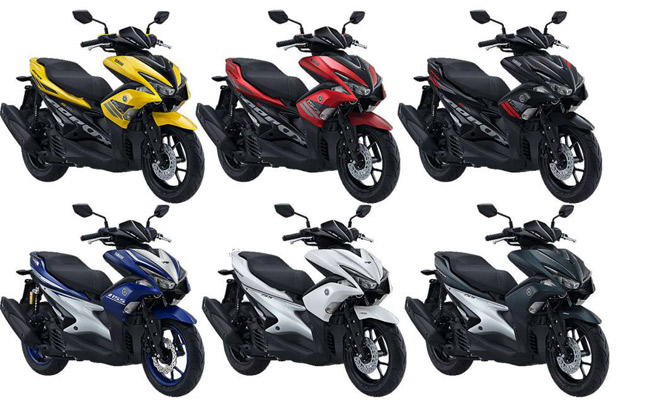 The Aerox 155 might be the right trump card for Yamaha to get hold of the premium scooter market. With the Aprilia SR150, Vespa 150 holding a strong market in the premium segment, the Aerox 155 could be a game changer. The reason being a class leading engine performance, looks, design, reliability and ASC chain of Yamaha. Suzuki is also set to unveil their Burgman 155 in the coming days, making the 150cc scooter market the most sought after. If our guess is right, the Aerox 155 will be launched with an ex showroom price of Rs. 70,000 to 75,000 as anything above that figure would become inappropriate, at least in India. Stay tuned to BikesMedia for further updates on the Aerox 155.