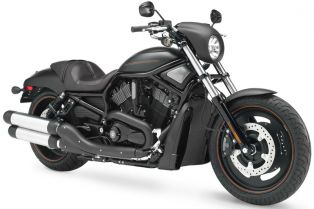 Tweet
Specs Compare Reviews
The very first HD with liquid cooled engine, VRSCDX Night Rod is a evolution in Harley Davidson. The VRSCDX Night Rod is been built from scratch, the challenge for the HD design team is to keep the HD design philosophy intact while adapting the much demanding change. The all new 1250cc Harley-Davidson Revolution® engine was developed with the partnership of German giant &quot;Porsche&quot;and the result of which comes in the form of this high performance motorcycle.

Dec 31, 2016
For over 100 years, Harley ruled the market with top class bikes, for which people had to be on a waiting list to buy one in the 1990’s. Harley wanted to build a new type of motorcycle so they gave a shot for making a motorcycle that had both speed and styling. The project was code named P4. Harley put up a racing team with a bike named VR1000; the first liquid cooled Harley, where the others were air cooled.