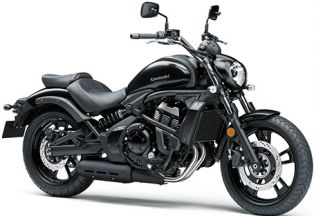 Tweet
Specs Compare Reviews
The Vulcan S is the first cruiser motorcycle from the house of Kawasaki. The urban cruising machine shares its underpinnings from Ninja 650, though both bikes are entirely different from each other. The Kawasaki Vulcan S has a signature teardrop fuel tank along with new chassis that allows the display of twin cylinder engine. The elongated front forks give the bike a proper cruiser look. Long Ape type handlebar along with forward set foot pegs and contoured seat make the Vulcan an authentic cruiser. 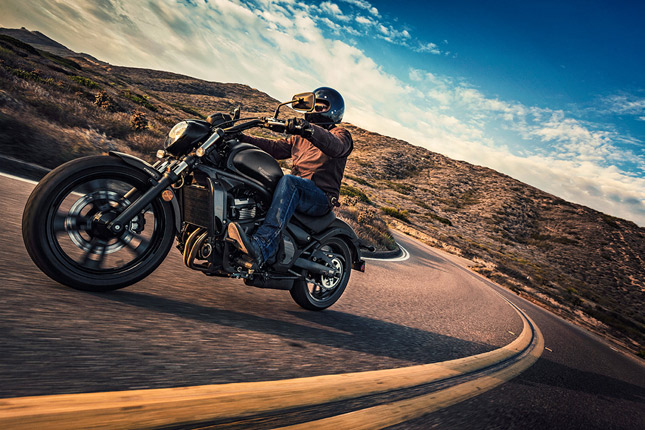 Kawasaki launched their much awaited middleweight cruiser Vulcan 650 S at an attractive price tag of Rs. 5,44,000 ( ex showroom India). The motorcycle shares most of its underpinnings with the sibling Ninja 650, though both motorcycles are leaps apart in terms of capability. The motorcycle looks solid and has got the looks of a thoroughbred cruiser. Here's an overview of the newly launched Japanese cruiser. 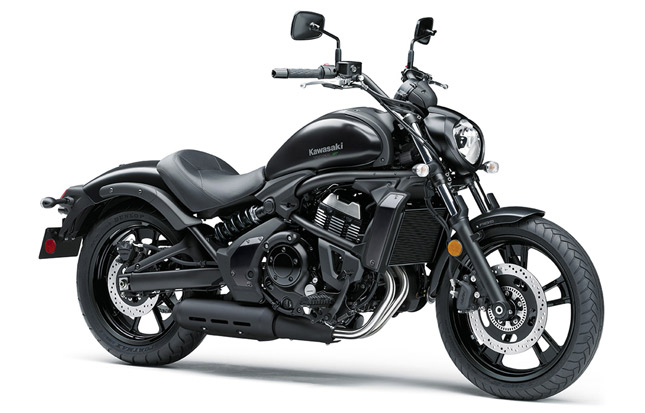 The first motorcycle from Kawasaki in the cruiser segment has everything sorted as far as looks are concerned. The Vulcan 650 S is a stylish, urban cruiser with great ergonomics for a cruiser. The motorcycle looks solid with a large engine, revealing frame and fat rubber on both ends. The inverted triangle shaped headlight assembly looks unique and is also one of the USP's of the Vulcan. The fuel tank is shaped like a teardrop and goes well with the overall design of the motorcycle. The seat is plush which can also be selected according to the riders optimal riding position. The rear fender is large and covers more than half of the rear tyre . The dual exhaust canisters are placed below the engine, giving the motorcycle a sleek look. 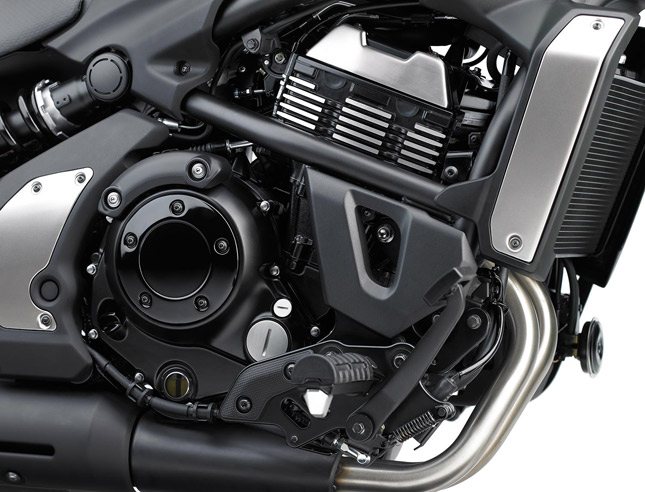 The Vulcan 650 S has a 649cc parallel twin engine which churns out 61 PS at 7,500 RPM and 62.78 Nm of torque at 6,600 RPM respectively. It is to be noted that the Vulcan shares its engine platform with the Ninja 650, Z650 and Versys 650, though it has been tweaked to suit the character of the motorcycle. It is said to have more torque right from the low range with a strong power delivery towards the peak rpm range. The ECU, camshaft and exhaust system has been reworked to suit the cruiser. 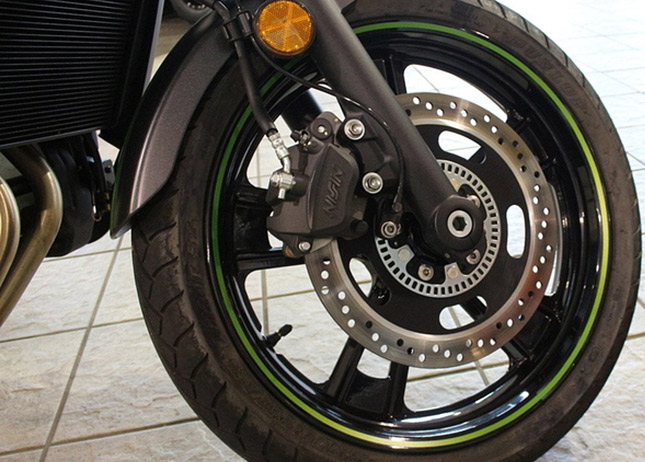 The Kawasaki Vulcan 650 S is built on a steel tubular frame with the rear subframe joined together. The motorcycle is suspended by 41mm telescopic forks up front and an offset monoshock at the rear with adjustable preload setting. Braking duties are carried out by a single 300mm disc with dual piston calipers at the front end and a single 250mm disc with single piston caliper at the rear. ABS comes as a standard package on the motorcycle. The cruiser wears fat rubbers of 120/70 R18 and 160/60 R17 dimensions respectively. The alloy wheels are also distinctive and goes well with the overall design of the motorcycle.

The Vulcan 650 S is a welcome addition to the middleweight cruiser range, and coming from the Japanese stable makes it a cherry on top. Kawasaki's first Cruiser motorcycle for India is one the best in its class with great riding position, comfort, ergonomics and looks. This motorcycle will surely be the one to look out in 2018. Pricing is summed up perfectly, and there's enough bang for your buck. The motorcycle will come in CKD and is available only in Flat Ebony (matte black) shade in India. The Vulcan 650 S is priced at Rs. 5,44,000 (Ex- Showroom, India). 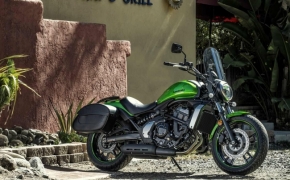 Jan 12, 2015
There are three types of people according to Kawasaki, short who are shorter than 5’7”, medium ones, who are in between 5’7” to 6’0” And the taller ones who are taller than 6’0”. Kawasaki showcased a concept named as ergo-fit and it is first employed in their recently showcased cruiser the Vulcan S.