So, Do You Think You Qualify To "Ride for a cause"?

It isn't necessary for you to understand the message or cause too, it's just about putting stickers, banners and mugging slogans. It can't be done by unsympathetic a**holes like me but if you're one of those wise human beings who pass lewd comments on women but believe in respecting them, or if you're extremely concerned about the environment but shell out 25% of your income on mineral water sold in plastic bottles, then you are definitely the ONE, chosen by God himself to ride for a cause and enlighten the rest of the oversized population. Of course, you will receive a lot of returns for such a noble deed and you'll definitely be known to be a hero, or heroine (just prevented myself from being sexist there). 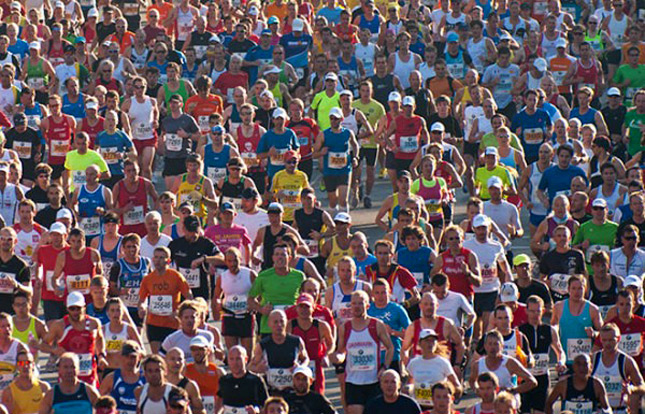 Here are some ways that could get you approved, for a few litres of fuel:

1) Choose from your good habits:

Spitting tobacco everywhere, smoking in public or having that shitty, loud reversing siren on your Hyundai. If you possess those habits or other similar noob traits, then you could use those to ride for a cause! Each human being is filled with imperfections, pick yours and ride out! Ride to spread awareness on issues where people wouldn't listen to you, especially after considering the memory people have these days that ranges from 2 seconds to 29 seconds! There's plenty of options out there, just figure out the one you're good at and start off with the 'cause ride'! 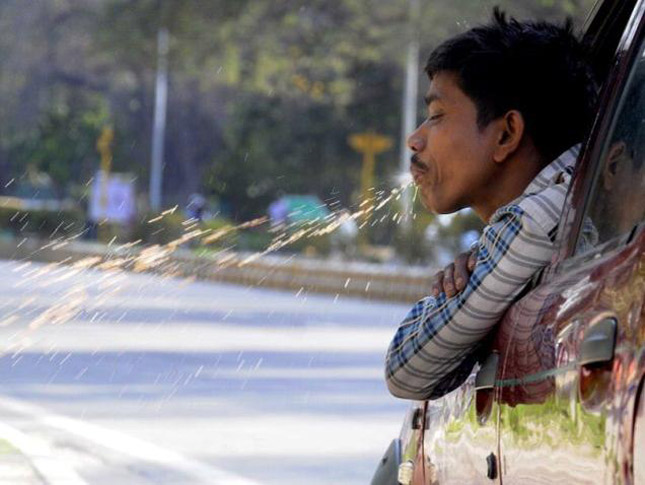 2) Get into a relationship with a sponsor.

Yes, there's plenty of unsold products waiting to be given away so go out there and get sponsored for the ride, you will be lucky to receive a few key chains or extra bungee cords for your duffel bag! A lot of desperate corporations wait for such opportunities where they can give away some of their load in the name of social responsibility. If they can sponsor marathons, cycleathons and have thousands of people run pointlessly, I'm sure they can sponsor a Messiah in the form of a rider. Imagine if you came across such a sponsor, it could be a match made in heaven!

3) Make banners, stickers and advertise yourself.

Have stickers all over your motorcycle, all over your helmet, laptops and cameras. Post it on all social media forums and use hashtags like #iridebecauseidontknowwhy or even better- #imaykillmyselfbutiwillatleastgetapproved. Do remember to post pictures of yourself with that V sign or with a thumbs up pose, doesn't matter if it makes people like me think that you intend to have a sh*t by showing those 2 fingers. 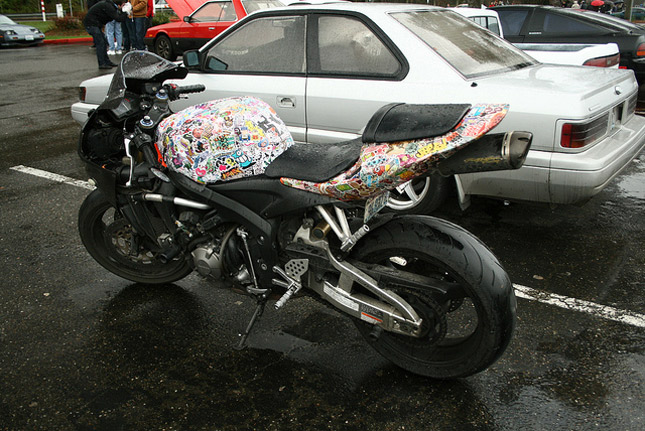 4) Put your life at great risk

Yes, must do this else you'll be known to not have balls of steel. You gotta be insane and foolish enough to Ride 10,000 kilometers in 5 days or something. To document your daredevil ride, you must send your petrol, hospital and medical bills to the association of fake butts for a certificate of approval, that could definitely change your life forever. If you aren't compromising sleep, common sense, food, water consumption and blood in certain extreme cases, then your ride might not worthwhile enough to have 'pull'. #ihavethestrongestbuttssorespectme! Even if something major happened to you, Imagine what an icon you would be. Stupid cause rides make a person strong and brave.

Upload pictures of you with some random strangers on the road and have them do the thumbs up or the V sign. Pictures of kids and babies by the highway would definitely be a bonus! Just ensure you're wearing shades in the images, doesn't matter if it is cloudy or night time. #girlsloveguyswithroadsidebabiesandshades! 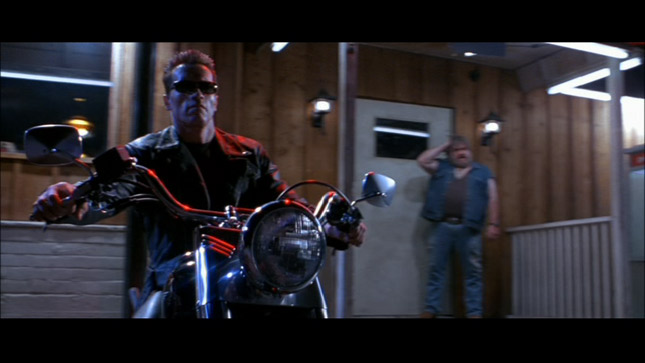 Use #ridesafe everywhere on Facebook, Twitter and Instagram because it is extremely safe to ride 10000 kilometres in a week. Be an example for other bikers, our country needs matured and sane riders to be examples! We are seeing plenty of this breed coming forward lately but we need more people like you. You shouldn't be doing Manali- LEH in one day or Leh- Delhi/Chandigarh in a single day, it's been done. So aim higher, look forward to ride from Kanyakumari to Kashmir in 2 days or something. Remember to use #ridesafe, I'm sure that would make your life safer.

Don't leave the animals behind, even though you might have run over a couple of them while riding safe. Upload pictures of yourself with a stray dog, buffalo, cow, goat, you find plenty of them on the highway. And please, you must have a quote in the image! After all, only a dog is a man's best friend! :) #rideforbestfrand. 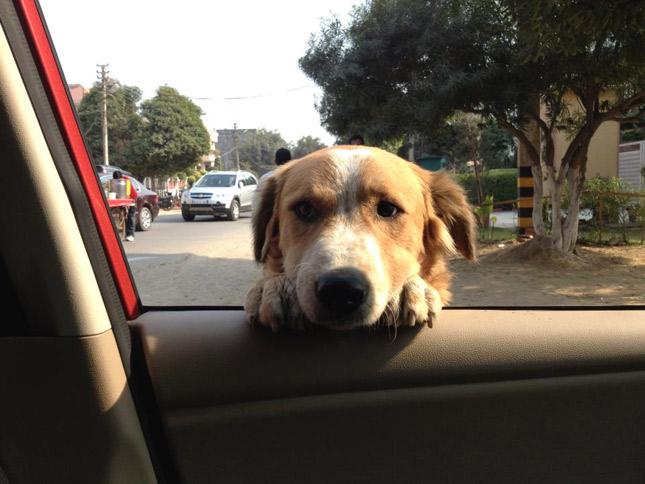 Glorify the hell out of yourself in the newspapers and magazines, they're always on the lookout for inspirational personalities like you. You my friend are the chosen one, hence lecture the public, you must!#rideforpresstitutes.

Do that, write it to some random person you don't know as people love reading open letters, even though we live in the age of email and whatsapp! Open letters to your grand daughter or other relatives is too mainstream, so get creative. You have to build up the drama, like you're deeply concerned about it. This must then be brought to the notice of, erm some person holding some authority. Let it go viral over various blogging sites while people like me still wonder about who came up with the pointless concept of open letters. Don't forget to seem highly concerned and emotional, that strategy works all the time! #noemailrideforopenletteronly.

Have a few friends who would welcome you with drum beats, garlands and flowers whenever you reach a new state or city on your ride. If you don't have such friends, hire them! What would be better is that they carry you and dance around with pride as adds a lot of pop to the overall image. You might want to rehearse the carrying and dancing move once before recording it though. #rideforfreshyellowgarland. 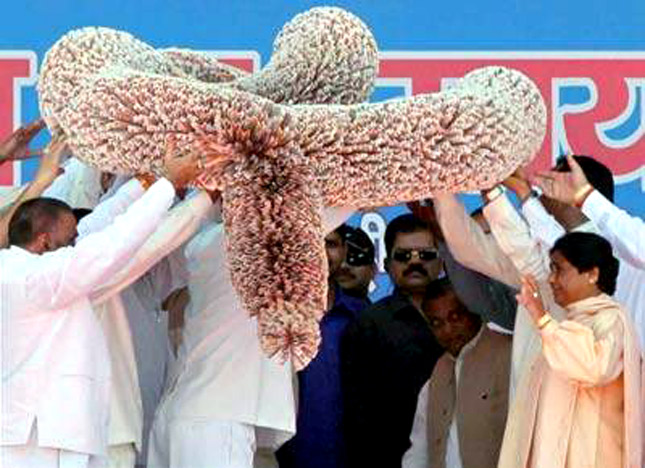 Even the smallest of businesses are adding 'international' to their names and descriptions, why must you be left out? Ride abroad for a cause too, it doesn't matter if the problem exists in India itself. Almost everyone is going abroad to party, for MBA or to obtain some degree I haven't heard about yet so why must you stay back and ride in India? Ride to Iraq to spread awareness on Yoga or Ride to the Northpole for erm, botox!

Going global is something that even a lot of '21st century parents' take pride in when their kid goes to Australia for an MBA after obtaining a graduates degree in chemical engineering, so imagine if you did something greater, we'll all be proud of you. #ridetoafghanistantoabolishchildlabor. #chestbecomebreastwithpride.

Share this article so that you inject inspiration into people who would love to ride for a cause. You'll have good Karma added to your Karma account! #inspireforKarma. :PAt the end of it though, I really hope my observations and ideas have filled you with the zeal and enthusiasm to go out there and conquer the world, on your erm motorbike. If you're a rider that can make a difference and change the world with your cause ideas, please feel free to contribute them ideas below! #unlockyourbasement.