API Engine Oil Classification- All you need to know

We all know that engine oil is one the most essential things for an engine to function in a way it is supposed to. What blood to a human body is engine oil to an engine. SAE (Society of Automotive Engineers) oil classification is what we all know and are used to it. The SAE classifies engine oils according to their lowest and highest viscosity levels with the lowest being at 0° Fahrenheit. 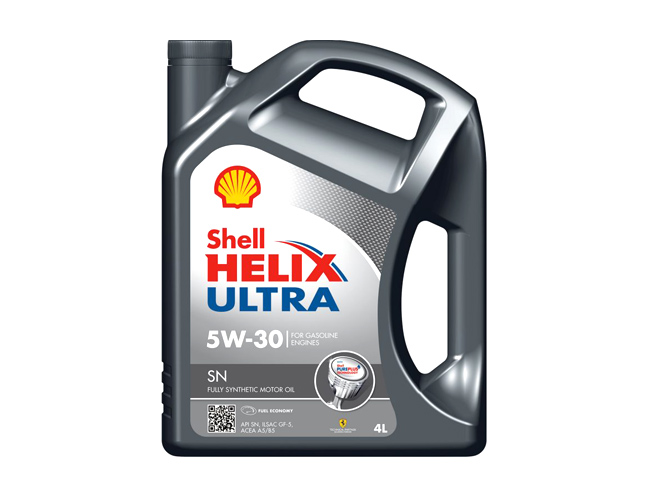 Here's all you need to know about the API (American Petroleum Institute) engine oil classification and why is it adopted as one of the most common standards across the globe. While SAE grades use numbers and W to classify oil viscosity (for example 20W-40, 10W-30), the API specification tells if the oil meets the required quality and performance standards defined by the OEM. It's classified based on the service rating for the oil. For example, during the early 1920's OEM's defined that their engines would require API SA grade oil for all round performance and protection of the engine. As years passed, SA continued as SB, SC upto SN skipping SI and SK.

Every engine oil can would have the API donut, which is kind of a trademark symbol that has SAE oil rating in the middle and API service rating on top. Most of original equipment manufacturers in the US have predefined the API rating required for the engine to perform optimally in all conditions. Using engine oils from SA to SH rating has been classified as extremely dangerous and obsolete right now, as the engine technology is far from what it used to be back then and can cause serious equipment harm. 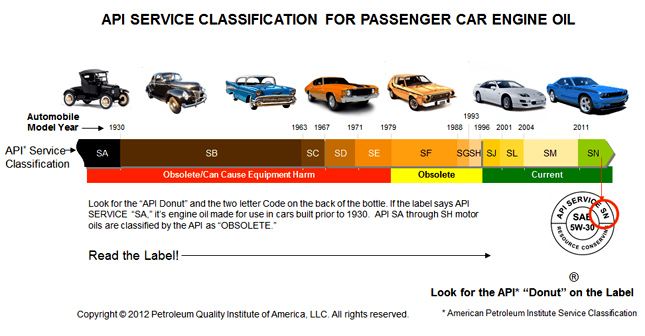 The SN service rating being the most recent one, was introduced in 2011 and is still followed by all OEM's. Here's the list of all API grades from the most recent SN to the primary SA rating.