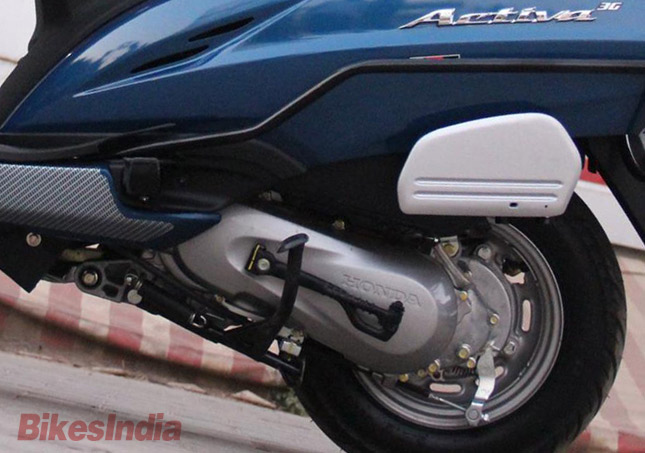 We have a huge plethora of automatic scooters plying on our roads today, so much so that they are giving the geared commuter motorcycles a run for their money. So for this reason we are going to cover the most important aspect of them and that is the gearing of these scooters which is a CVT or Continuously Variable Transmission. This is the system that allows you to perch on your scooter, start, twist and go.

The concept of CVT is very simple. The idea is to keep the engine speed constant at all times and all speeds at the level which is the most ideal for the vehicle in terms of power delivery and fuel economy. There is always that sweet spot in all gearboxes which is that optimal level for the best performance of the vehicle and CVT does exactly that. So when you twist your throttle, your scooter will zoom past even some performance bikes at the start exactly due to this even though later they will and do catch you. 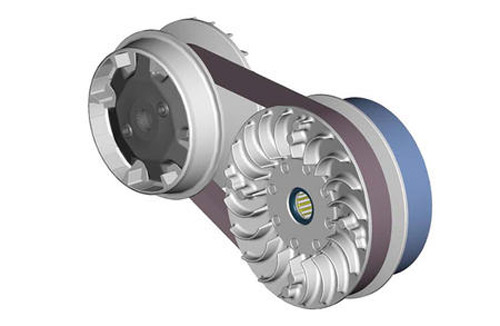 Let’s get into some more technicalities of it. In a normal gearbox, there are gears of various sizes connected to deliver power at the optimal level which requires changing of gears. But in case of CVT, there is only one magical gear which can adjust itself according to the requirement of the vehicle and adjust the power and engine speed accordingly. This is actually possible because the gear is a V shaped unit connected with another such unit in an opposite direction and connected via a belt to transmit the power.

Here, a helical gear is used to shift the clutch and the V shaped gear has multiple ratios on it which keeps on changing and adjusting according to the slippage due to the higher RPM. The original setup is given at the sweet spot of the RPM band. So when the vehicle accelerates, the RPM increases and this induces slipping of the belt from its position to further where the size of the gear is larger and hence the engine speed remains constant and the speed of the vehicle increases. This is the reason why you do not feel any gear shifting and also the speed increases but the acceleration keeps constant until it reaches its limit.

CVT is actually a very efficient gearing system and today it has been able to reach a whopping 85% power conversion levels. But still it has its downside when it comes to comparing it with manual transmission. CVT is about running the engine at a constant speed; because of this the fuel consumption level always remains the same no matter what. Hence there is no break in it and gassing is the only option available. This means the engine keeps churning and the fuel keeps burning and hence unlike manual transmission, there is no option to provide power and let the engine run without providing more gas to it. Hence the fuel consumption pretty much remains constant and hence has lower mileage than manual.

The difference can be easily seen where a 100cc CVT scooter returns mileage of about 45 Kmpl, the same 100cc manual transmission motorcycle returns a mileage of over 80 Kmpl. There are a lot of other factors as well, but still the huge difference still counts. Yet the simplicity of twist and go for CVT is what many people still prefer and hence they do not really worry about the less fuel efficiency. They are willing to compromise that for ease or riding and which is why the scooter segment is at such a boom here in India.
Advantages of CVT:


Even with the entire list above, one cannot really complain much about CVT. It is the best thing to happen to the Indian market since anyone who can ride a bicycle can now ride a CVT scooter. The auto industry has had a huge boom due to this and it does not plan to stop anytime soon either.