Disc Brake Rotor Warping- All you need to know 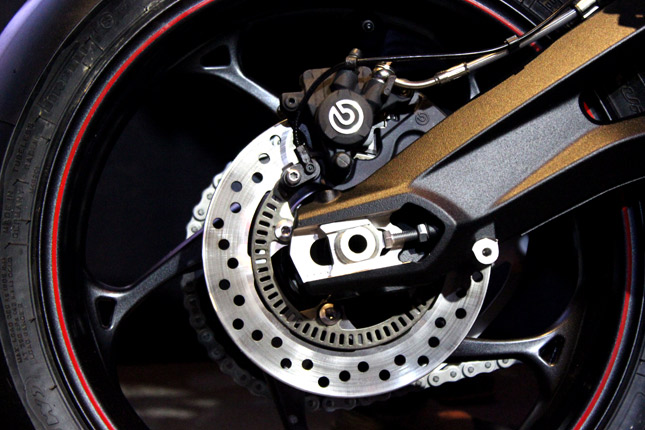 To be very honest, disc brake warping is 80% of the time isn’t the problem faced by your braking system when a so-called “expert” from the showroom or famous local mechanic diagnoses it. Rest 20% of the time, the diagnosis is incomplete as according to them only a bend rotor is worthy of the name “Warped”. But if we dig closer then it becomes clear that the definition of a warped disc spans across a spectrum and although warping is the presence of uneven surface on the disc but it takes many forms, ranging from bending of the rotor to small uneven changes on its surface as you move along the radius.

What is Disc warping and how does it takes place?:

“Warping means bending, the same way a cycle’s wheel get warped when a large amount of weight is loaded on it” according to some people. In reality, the formation of uneven surfaces on the disc rotor refers to Warping. This warping can range from big bends to a small change in thickness of the rotor. The reason is that even small changes in the surface properties of the disc can result in a considerable difference in your braking performance.

RELATED ARTICLE: Is Petal Disc Brake Any Better Than The Regular Disc Brake?

Disc brakes subjected to more than often harsh braking causes the rotor to heat up and expand which is followed by a sudden cool down from air contracting the disc to its original size. Now, this expanding and contracting isn’t a “Dimensionally controlled” process and will cause a change in the surface of the disc when it cools down. This is the main effect of the heat which causes the rotor to warp.

Continuous heating and cooling not only affects the rotor but also other components of the braking system which in turn further affects the rotor. This process is kind of a snake which is eating its own tail. Heating is the main cause of the damage and what the damage is, we will take a look now:

This happens due to deposition of the material of the brake pad on the surface of the disc. The brake pads are made of several components but all of them provide a certain percentage of hardness and stickiness to them. When normal brake pads are subjected to high temperatures more often than recommended, the basic matrix material of the brake pad starts depositing itself on the surface of the rotor so the next time when the brakes are applied the pads are not able to grip the disc brake with enough force. This causes a decrease in braking performance and can be very dangerous under emergency braking situation.

Brake rotors are hard and they don’t wear down very easily. But with excessive heat and continuous expansion and contraction eventually, makes the disc brake soft enough to be worn down by the brake pad. This doesn’t wear down the whole disc but instead, wears the slightly less dense spots in the rotor making the surface uneven and eventually causing warping.

You don’t need a lot of high tech equipment to figure out signs of warping. Some common ones are:

• If the rotors are glazed then you will hear an excessive squeaking sound when you apply your brakes.

• If the braking becomes wobbly and you start experiencing uneven pressure while braking, then get your rotors checked.

• Vibrations when you brake from a high speed, this is an indication of a warped disc.

Sure your rotor will wear down one day, but if properly taken care of then they can easily last a lifetime. To prevent Glazing always make sure that the brake pad’s material is harder and less sticky in nature. Take into account the amount of harsh braking you do and always make sure you avoid it, sudden braking not only wears the disc and the pad but also destabilizes the motorcycle.

Another tip is to properly break in your brake pads before you start ripping your motorcycle on the streets. You can do this going to the speed of 60 or 70 km/hr. then braking until you slowdown 20 km/hr. from your current speed, then again speed up. Do this a couple of times then come to a complete stop. This routine allows the brake pads to perform better under hard braking. These steps can drastically improve the life of your braking components while also delivering optimal performance when needed.

For everything related to mods and repairing of your beloved motorcycles, stay tuned to BikesMedia.