Ducati's Renaissance In The World Of MotoGP

Ducati has always been in the news for almost all possible reasons for the past 10 years. Right from winning their first world championship with Casey Stoner in 2007 to roping in Valentino Rossi for a two year stint to become a lethal squad ready to strike. They've been through all the phases a works squad can go through. 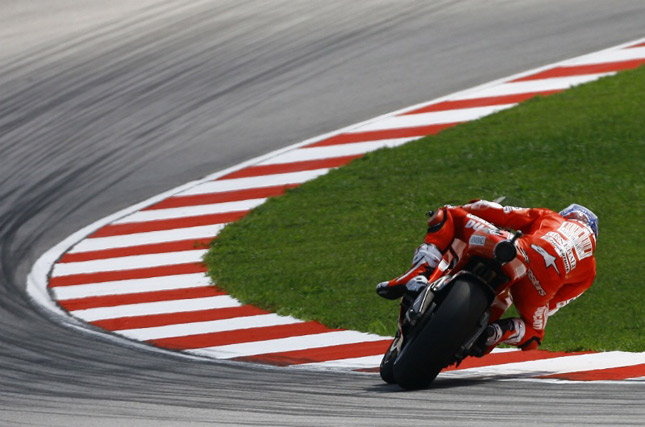 *** Casey Stoner onboard the Desmosedici GP7

After Signing Italian Engineer Gigi Dall'Igna who has had a successful career with Aprilia, the Bolognan marque's fate went skywards. Right after Gigi entered the foray, Ducati Corse's technical side went through a complete revamp, each and every department coordinating with each other to design a machine that's capable of winning races. Ducati's decision to run under the partial open class (Soft tires, Higher fuel limit, 12 engines per season and unlimited development) for 2014 and 2015 proved to be a masterclass of a move as they've ironed out the traditional Ducati problem- Understeer. 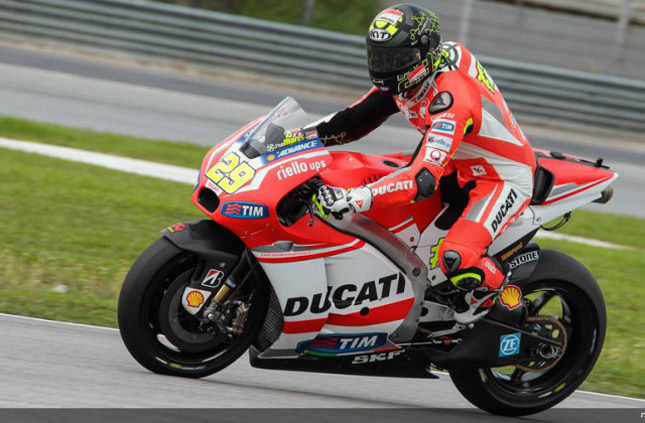 Ever since Ducati entered the GP class in 2003, they've stuck with their traditional and trademark combination: A 90 degree V4 and a mechanically actuated desmodromic valvetrain. Whilst the latter is the key for the Desmosedici's insane top speeds on the straight (356 km/h at Mugello, to be precise), the former caused multiple problems like the inefficient packaging of the engine bay and the 90 degree angle made the 800cc GP7 to GP11 to have a very long wheelbase which hampered the handling of the bike.

Ducati switched from its traditional Trellis frame to a more sophisticated Carbon fiber monocoque in 2009, intended to help the riders to have the same feeling across their two bikes after Casey Stoner complained that "No two trellis framed bikes have the same feeling even though they've got exactly the same settings". But Riders who were accustomed with metal framed motorcycles found the Desmo to have no feeling at all! The lack of feeling forced Valentino Rossi to run a completely radical setup which looked like this. 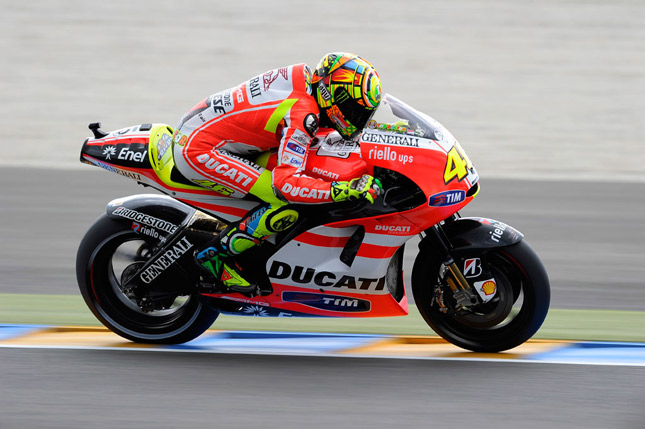 After Rossi walked away from the Desmo which saw him bite the dust multiple times and almost ended his career, Ducati fired their lead engineer Filippip Preziosi, an absolute mastermind who designed the Monocoque of the Desmosedici GP9 to rope in Gigi. He has worked through the years ironing out the GP14's problems one by one, rolled out a second iteration of the 2014 bike- The GP14.2. (The GP14.2 is so potent, you can see the Aspar's and Avintia's fighting out for the top 10 positions with factory and satellite bikes in spite of the fact that it's 2 years old!).

Ducati's experience with the Magneti Marelli software and valuable inputs from their open class riders proved to help them, as many other manufacturers struggled with them in 2015 and 2016 (Suzuki had to do a late switch from their Mitsubishi ECU to the Magneti Marelli one to gain some experience for the 2016 season when the control electronics era shall dawn). Honda clearly were struggling with their electronics package as they are forbidden from running their sophisticated electronics suite on the RC213V.

Honda ignored their open-class program which caused many Honda- clad men to struggle on them though the RC213V-RS was the same bike as Marc Marquez's bike sans the seamless shift gearbox and the electronics suite. This and the exorbitant cost of running the inferior Asaka based machinery caused the end of a successful relationship with Jorge Martinez "Aspar"'s team.

Ducati has got it's funding right, the engineering department right, the bike is near to perfect and they've roped in the most consistent rider of the 1000cc era and 5 time world champion- Jorge Lorenzo to pilot the machine for the next two years (2017-2018), roped in their loved son Casey Stoner as a Development and Test rider and they've retained their more experienced Andrea Dovizioso.

It shall not take long enough to see a man clad in red leathers on the top step of the podium and Gigi Dall'Igna alongside him there.