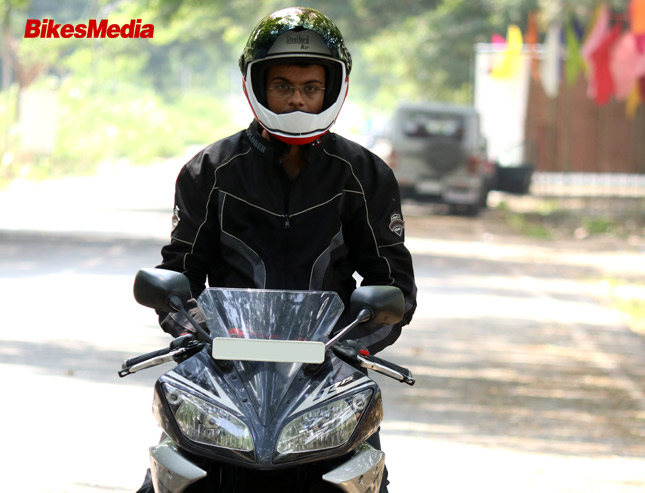 I started switching my engine off at the traffic light after two years of buying my bike. It has saved more fuel than I was expecting and the condition of my engine after 7 years is still quite good. All this was the result of an advice which I got from a guy at my gym who used to ride a Royal Enfield Electra and that wasn’t it, over the years of riding and reading have also enabled me to compile everything about “engine idling speed” and hand it over to you, my fellow mates. So here’s another “All you need to know” on the topic of Engine idling speed.

In simple words, it means that idle speed refers to the speed when your bike’s engine is running but your bike isn’t moving anywhere, basically, the same scenario when you come at a traffic light, put your bike in neutral, leave your engine on and your throttle in the rest position.

What happens when your bike is in this position?

When your bike is “idling”, the main flow of air in the carburetor is blocked and a secondary air cavity is used to chuck in the air. Since not enough air is able to pass into the combustion chamber so more amount of fuel is pumped into it making the air to fuel mixture rich, which burns cooler but is less efficient.

What harm does this do to my engine?

Under this condition, the engine runs without any load but still consumes more fuel just to keep the bike in that position. According to a gross calculation, 10 seconds of idling equals to a restart of the engine. Idling also causes the engine to wear and even more so if you try to rev at idle speed.

How to set up idle engine speed?

Usually, there is a small screw under your bike’s tank which does the job of increasing or decreasing idle RPM. The most common idle speed for motorcycles ranges from 1.2 to 1.5 K on the RPM metre.

Should I keep my engine idle after a cold start?

Some people say that you need to keep your bike idle for one minute when you start the engine because it allows the engine to reach operating temperature, usually the explanation given for doing the same is that it’s very harmful to the engine to immediately start working hard from a cold start as it is not yet fully lubricated and the time given for the engine is meant to decrease the viscosity of the oil so it can bind up on all the engine parts and ensure smooth movement.

But some people say that in a country like India where already during most part of the year we face high temperatures, such a practice is futile as oil never really reaches such high viscosity in the first place. For people living in high altitudes where the temperature takes quite a big dip this can be a boon but if you live in plains like me it’s the sure way to reach somewhere late.

Is it better to turn off the engine or stay idle at traffic lights?

My personal rule is, if there are more than 30 seconds left on the traffic light, I press the kill switch (put ignition off via key for Honda CB Hornet 160 R owners, pun intended.......) and it is way better to turn off your engine. This way you not only save fuel and the wear on your engine but also the environment because those small explosions of the rich air-fuel mixture are not burned efficiently and pose a huge risk of release of unburnt gases into the atmosphere.

Does my clutch play any role in the process?

Yes, while coming to a stop always remember to pull your clutch in fully and then change the gears. When the bike comes to a complete stop either push the kill switch and after the engine shuts down, release the clutch or find the neutral and then switch off the engine. Never try to rev hard while at a stop with your clutch lever all pulled in. It just means that in addition to the wear on your engine you’re also damaging your clutch assembly.

Every year a lot of fuel is wasted by vehicles standing at the traffic lights which result in a very inefficient use of our precious fossil fuel and an unprecedented damage to our environment. With more focus on controlling air pollution and clean energy, a demand for electric motorcycles/scooters has already risen from different parts of the world and it’s only a matter of time when all of us take the required leap from fossil fuels to renewables. Until this happens follow the instructions and enjoy your ride.