The Lazareth LM 847 is a tilting quad motorcycle designed and developed by the French custom bike creator- Ludovic Lazareth. The radical design of the LM 847 is based around the ferocious 4.7 liter Maserati V8 engine, making it capable to achieve 470 Horse Power. The inspiration behind building such a gigantic and extreme machine is equally interesting as the creation of this French man is. 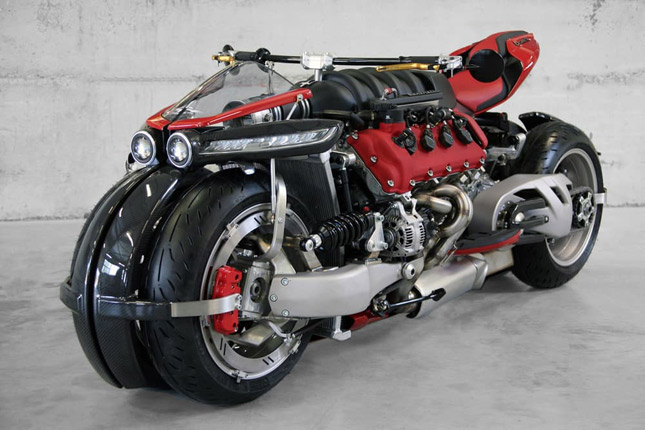 France being a part of European Union still had their own laws of land, one such law related to automobile used to be the most irritating and depressing law especially for the superbike owners and the motorcycle enthusiasts in general. The law forbids any motorcycle to cross maximum power limit of 100 Horse Power, this simply means no superbike can be run on the French roads with power exceeding 100HP. The restriction imposed by the Government for the sake of safety used to put enormous pressure on the automobile sector as the manufacturers had to manufacture/modify their performance machines in compliance with the law.

Speed governors, rev limiters and God only knows what all needed to be put on the regular production machines to make them legalize for the French market. This resulting into riders and the potential buyers of sportsbikes falling into the affected category started keeping distance from the now become lamed and crippled sort of superbikes. This goes on until this year as the French authorities have abolished the rule and instead made the ABS compulsory. 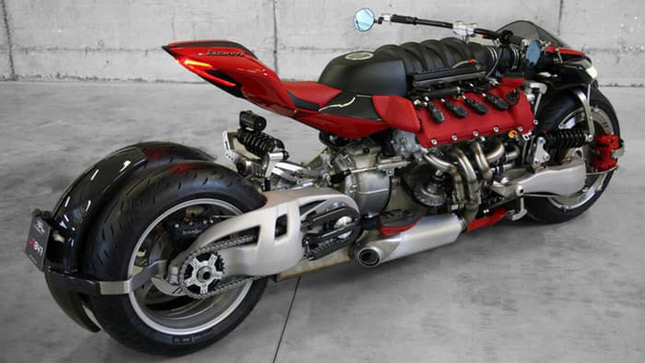 Coming back to the Lazareth’s creation, the LM 847 can be seen as the celebration of the freedom to be able to ride more than 100 HP machines on French roads. Lazareth is known for his radical creations and this is certainly not for the first time something like LM 847 came out of his garage. The Lazareth LM 847 is equipped with humongous 4.7 liter V8 Maserati Quattroporte capable to churn out insane 620 Nm of torque. 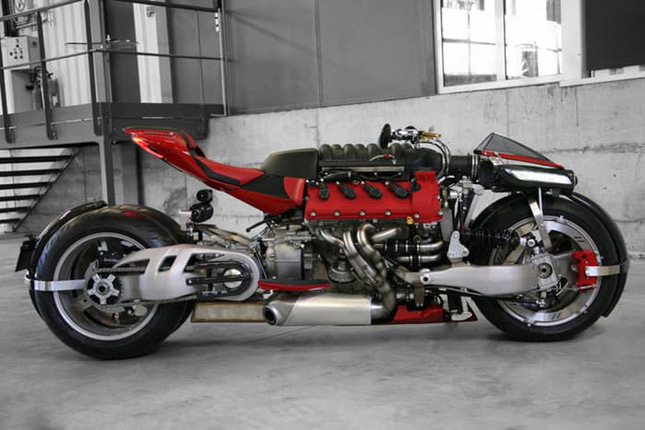 This quad bike has become a “quad” purposefully, as a single rear tire might not be sufficient enough to hold on to the tarmac when 470 Horse Power eventually delivered from the massive Maserati engine. Both rear wheels are fitted on to the chassis with individual single side swingarm. The power delivery is done through dual final chain drives which are mated to the single gear automatic transmission with electric reverse gear. 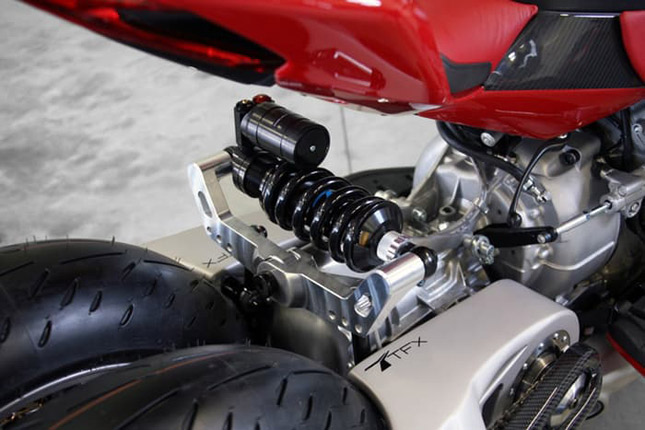 Opposite to the obvious choice of individual single hydraulic suspension for both the rear wheels, Lazareth chose a single TFX Mono suspension mounted transversely actuating both the rear wheels aiding to the tilting movement of the bike. However, the front received two massive single sided swingarms featured with individual mono shocks for both the front wheels. The front wheels are equipped with Rim Mounted disc brakes seem to be inspired by Erik Buell motorcycles. 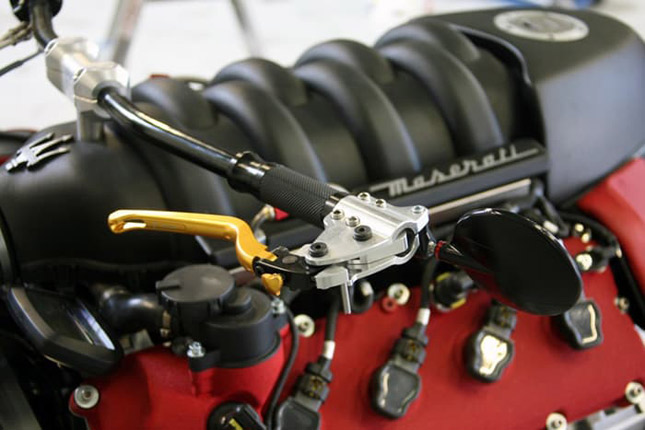 A really large handlebar is put to take up a humongous task of steering the Lazareth LM 847, it is mounted on the air box of the Maserati engine and Lazareth has put classy bar-end mirrors to complement the very unconventional design of the bike. The creator has also featured reverse action lever on the LM 847, depicting another rebellious approach towards the design. 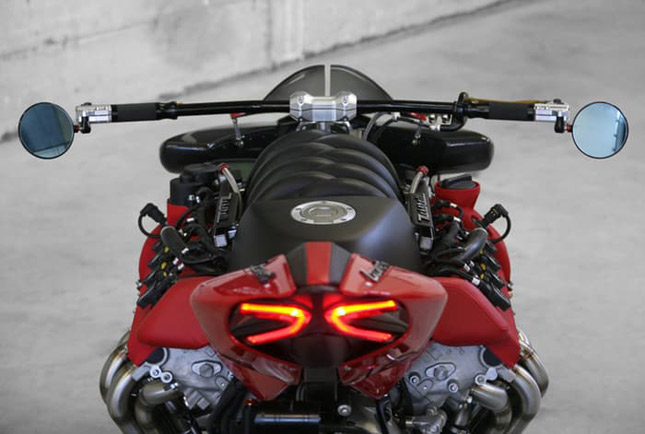 Lazareth’s creation is utmost original from every angle, be it putting up Maserati V8 engine or featuring two wheels on same side attached with separate single side swingarm or using a single mono shock at the rear to calibrate the tilting quad bike. All in all the Lazareth LM 847 is a one of its own kind of motorcycle which will surely inspire many automobile designers and indeed is praise worthy piece of art.