Motorcycle Diaries- A Ride To The Savannah

So it was another weekend and we certainly didn't want to do one of those usual 4 lane blacktop breakfast rides. Two of my friends including me, badly needed a whiff of fresh air, Dew drops, some energy from the sunrise and of course, the smell of mud! Consequently, we headed towards the grasslands on the outskirts of the city well before sunrise but thanks to my signature style of delaying things, we witnessed the sunrise on our way. Still, something was better than nothing. :P

As soon as one exits the city, witnessing sparrows, farms, plenty of tress becomes a reality. The air gets cleaner too while making a certain someone realize the abundance and importance of the 'Prana' surrounding them. My new mobile phone GPS Phone mount was an absolute treat. I positioned it in a way where I was only required to move my eyeballs to view the map, than move my head. In other words, it was in my field of view which made navigation, such a pleasant and hassle free affair. There's no doubt that the windscreen had to be modified in the process and was neatly done by my trusted motorcycle engineer Jagdish. 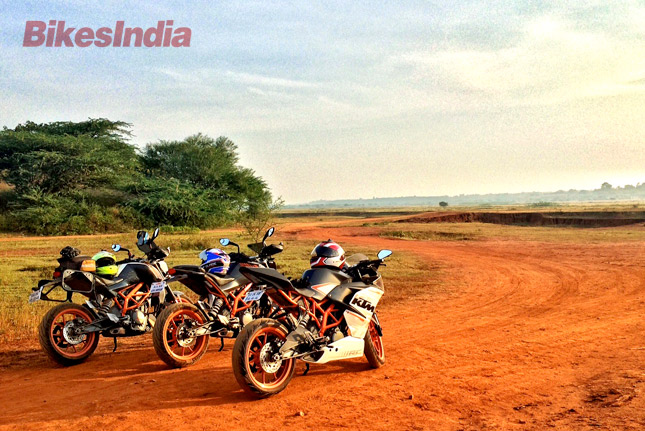 After about an hour of riding, we made it to the trails of the grassland. A stop had to be made for some pictures and some fooling around. Not only that, the smell of morning was quite strong and addictive that we didn't feel like riding further. But we did, after some short hill climbs and 'pondside' photo shoots. Riding fast and deeper into the grassy jungle on clear trails was a different experience! I ensured we maintained enough distance between the 390's as ABS intervention on all the three steeds while braking would result in slower stops on muddy trails, crashing into each other was not what we had in mind. I didn't have to worry about my friend Krishna though since he enjoyed a different kind of world on his track focused RC 390, that was not in sight. Ajit was right behind me on his Duke though but a distance was being maintained, thanks to the mud I was blowing off! 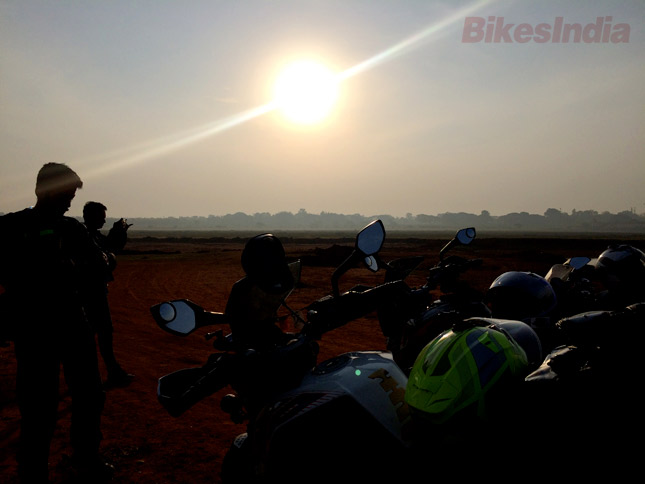 We then reached a spot where the trail ended. With our engines switched off, all that we could hear was the rustle of the trees, buzzing of the flies and the cooing of the cuckoos. To shed off attention that we probably gained from a lot of car borne 'bird photographers', we rode a little further off the trail and found a place surrounded with trees to chill for a while. Trust me, wildlife and bird photographers could prove to be a distraction, especially when they see people gathered in a single place. Clicking images of dew drops is something we experimented, since Krishna bought a new phone with a 100 MP camera.

I advise you to never take marketed numbers/figures seriously, I don't. I really don't believe them, especially when it comes to megapixels, age, income figures, employment generation figures, economy growth rate and other similar bullsh*t. Numbers have mostly been descriptive in nature and not predictive. Even when they have been predictive, they haven't been accurate. If they had a good accuracy rate, the world wouldn't have been in such a big mess today. Think about it. The Irony is that they still stress on statistics and big numbers in school even today, teaching students to quantify every illusion in life! 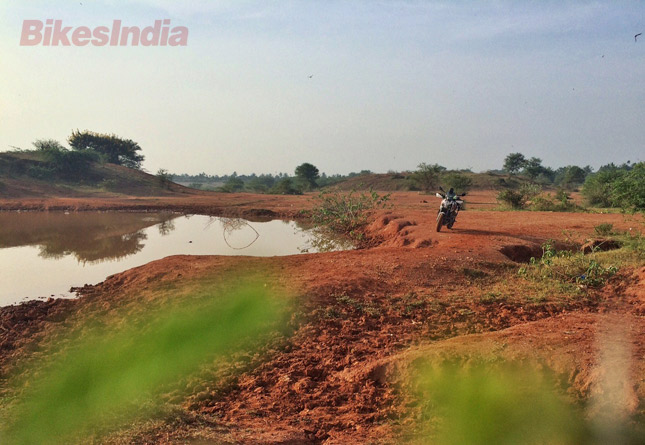 When my phone memory began to fill up, we tried looking around for snakes, I really wouldn't mind seeing a green vine snake, or a Russell's viper. I certainly wouldn't mind witnessing a beautiful Cobra! But with no luck in sight, we rode on towards another side of the grassland to look for another exit. We were getting hungry! The trails had got harder so I had to stand up with the help from my foot pegs and ride. Viewing the horizon through our visors reminded us of the Savannah we're shown on TV channels with Lions chasing wild Buffaloes on vast grasslands having T- shaped trees on them. Of course, the scale of size is not comparable at all but it could do the job of reminding you of it. 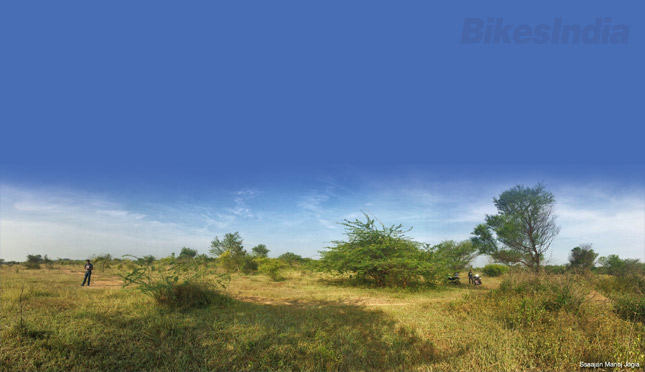 They say life is a journey with many distractions on the way. We encountered another one on this journey too. Two guys with their Remote controlled aircrafts were setting their equipment up to get their machines, flying! We halted just to see those pretty cool toy planes take off. I thought my hobbies were complicated but these guys proved me wrong, there was so much of planning and preparation that went into the whole process just to get the aircrafts flying for a little less than 30 minutes. The fuel was a different mixture too, I faintly remember the 'pilot' saying nitro- methane. It was complex, but complex in an interesting way. What I liked the most was that the tiny, noisy aircraft's engine redlined at 17,000 RPM! :)

After a good 25 minutes of preparation, one aircraft took off with a non- functional rudder and managed to remain airborne for about, 5 minutes. As expected, we eventually saw it crash some 500 metres away. It seemed pretty bad because we witnessed some pieces fly here and there but the 'pilot' wasn't that cross. He said that it was a regular scene for them and a part of their 'jobs' to fly these little aircrafts which were easily detachable and could be reassembled in no time! I bet you hate your stupid desk job even more now. The crash entertainment was good enough to divert our hunger for a while until we exited the Savannah and headed towards the highway to munch a lot of breakfast. Chai was waiting. Again, thanks to my awkwardly mounted GPS mount, we were able to rejoin the highway without a single stop. After the 50 kms ride, we spent like an hour and a half at the restaurant as we ordered 3 items each, from the menu. Told you, we had woken up at 5 AM and we were hungry!The Savannah land as we call it, was totally worth the Sunday morning sleep sacrifice.