Motorcycle Tyre Treads- All You Need To know

Every tire consists of two parts mainly the tread and the carcass. The tread is the part of the tire that contacts the road surface when the wheel rolls, it serves to transmit the forces from the ground to various parts of the wheel. The carcass is the part of the tyre, that takes up various loads and consists of various piles wound in a particular fashion from the cords of rayon or suitable material. Treads will be discussed in detail in the article.

Treads are generally made out of synthetic rubber, its design depends on various properties such as grip, wear, noise etc. The tread is molded into series of grooves, blocks and ribs.
• Blocks are the segments that make up for most of the part of the tire, providing traction.
• Ribs are straight lined row of blocks that create a circumferential contact band.
• Grooves provide the passage for the escaping of various particles such as water and sand. 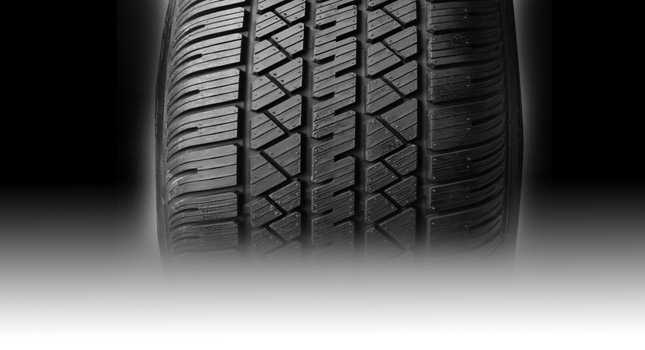 The ribs and blocks provide the traction required for the tire to grip the road. Traction edges and sipes are provided on the blocks and ribs. Sipes are small grooves molded to the ribs of tire tread. The traction of the tire increases, as the number of the traction edges increase. As the tires flex on to the road the sipes open up provide extra gripping. Sipes also act like a sponge moping out the water when opening on the ground and release the same when closing while moving up. They help us to dry up the contact patch sooner, reducing the rolling friction.

The sipes are hollow to look at and thus travel till the end of the treads. The void ratio is defined as the amount of free space in the tread. Higher void ratio means less contact of tread-rubber and the road which results in greater ability of the tire to dram the water. Low void ratio mean there’s greater grip offered. The design of the treads play a vital role in tire life, comfort, traction, noise and its handling characteristics.

There are three types of tire tread patterns:

RELATED ARTICLE: Consider It's Time To Change Your Tyre

Between the band and the tread, outer rubber covering of the carcass is called the side wall. The side walls are designed to flex and bend without cracking when subjected to continuous deflection under running conditions. In tube type tyres, inside the tire there is a tube which contains the air under pressure. A valve stem is attached for inflating and deflating the tire. However, in case of Tubeless tyres the tube is absent for obvious reasons.

Here are a few methods to check the treads life:

• Almost all the tires have a bump inside the tread grooves called the tread wear bars, if the bumps have worn out it means the tire is weak and its time to get it replaced soon .
• Place a 1 Rupee coin in the tread, if the quarter of the head gets covered it means that the tire is safe to go with.
• The last and the best method is using a tread gauge, which gives the exact level of the tread. The tread gauge has three markings on it that give the exact value of the tread wear.

Keep the treads on check, get them replaced if the wear is high and be a safe rider in all conditions.