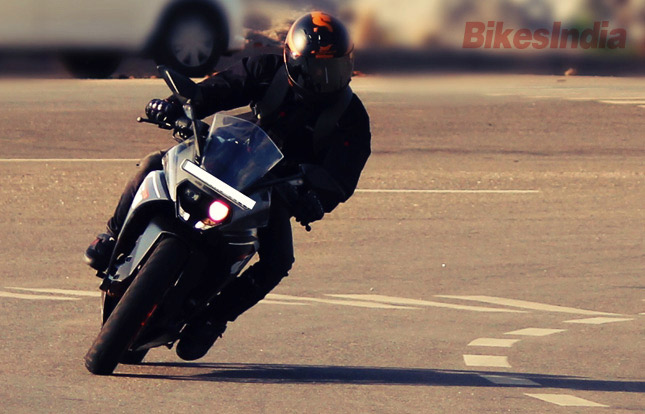 Everybody loves to go on long rides, it gives immense pleasure and peace of mind those pubs or clubs don’t give. But there is one thing that will annoy your mind throughout your tour, which is the fuel economy. How can you reduce the consumption of fuel on a long ride?

I am an avid rider who loves to go on long rides, especially the early morning rides with the cool breeze and reduced or nil traffic issues. Every time I went on a long ride I got 43-45 km/l on my YZF-R15 which was fairly a bit more than what I get in the city, or sometimes it’s the same. So I wanted to figure out a way on how to get more economy and reach my destination sooner. I started riding in different ways possible in each tour. Sometimes too fast or too slow, both didn’t fare really well.

I love to test my top speed on each ride, once I burst open my throttle the fuel just vanishes, and it gets worse when I cross 135 kmph. Then we conducted a small 200 km ride, but the rule was to maintain a maximum speed of 80 km/hr. It seemed pretty boring initially, but then everyone was concerned about the safety too so I was ready to take it up. I was excited as usual, filled the tank full and started the ride at 5 am. As the rule was to keep moderate speed (80 km/hr) at 5000 rpm in 6th gear, I started following it and I was amazed!

What did it do to amaze me?

We used to ride to that place regularly, it used to take us about 1 hour and 45 minutes earlier, our speeds weren’t consistent, 120km/hr for a minute, something or a car comes in between, bike slows down to 80 km/hr then back to 120 km/hr and this went on for every regular interval. This time with a consistent speed we reached our destination 15 minutes sooner, with very little amount of braking required. If anything got on the way just flick the bike and roll back in the same speed.

How does this work and what are the advantages?

Since the fuel consumption is directly proportional to engine rpm, higher the rpm more is the fuel consumed. Red lining the bike for a long time will increase the stress on the engine, which reduces thermal efficiency and fuel efficiency. Keeping the bike’s rpm in the middle of the power band reduces the engines load and reduces excessive wearing of the piston. An engine is most efficient when it runs at a constant speed. The graph that is plotted below is lumpy for both high speeds and low speeds but is most efficient in the middle. 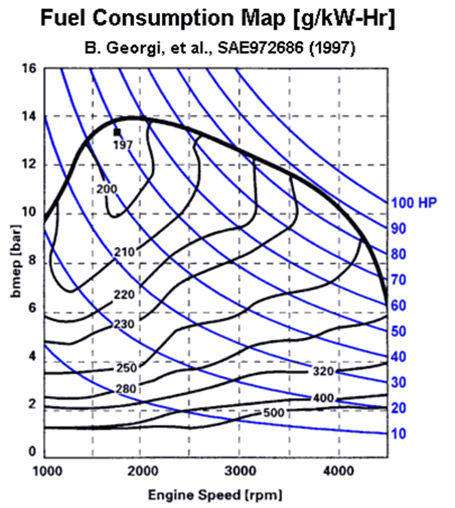 • Safety is the most important factor, at such speed it can be easier to control the vehicle and bring it to a stop wouldn’t need much of an adrenaline rush.
• The engine’s life can be increased, if not for a lot of years at least for a year.
• Chances of engine failure or seizure during your trip can be very low, since the work done and load that the engine takes up is fairly less and cooling is faster.
• Fuel economy will increase due.
• Destination can be reached sooner.
• More over any pillion will always fear high speeds, at least he/she can have a peace of mind throughout the ride.
NOTE: The figures of speed can vary from each bike; the above numbers were for Yamaha YZF R15. Keeping this in mind, ride long, ride safe, and ride hard!