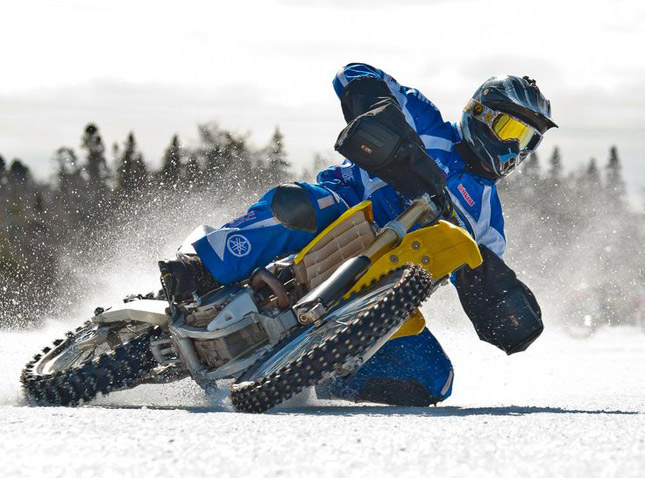 Ice Speedway is the most unique type of racing across not only track racing but amongst all other racing types as well. As the name suggests, it is done on a track made up of ice. Wondering how can bikes race on Ice? Read on.

It is claimed that Ice Racing took place as early as the 1920’s on the frozen lakes of Sweden but it was in the 1930’s that the now familiar spikes were first used. The Ice Speedway races are staged on frozen lakes, indoor ice skating rinks or flooded oval stadiums. Like other track races, this has also been developed from Speedway Racing. 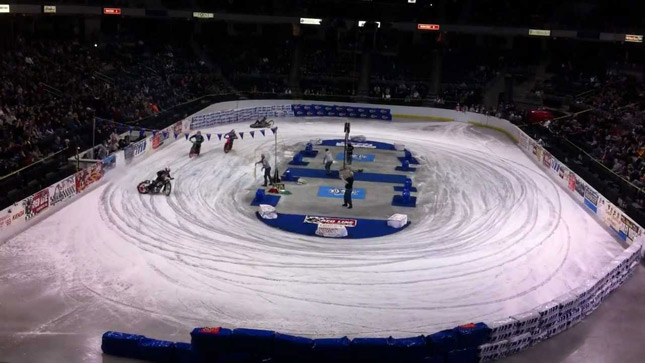 In fact, the scoring system and other rules are similar to Speedway. The race is held in an anti clockwise direction and the track length is same as in Speedway. There’s one major difference though, in the form of riding technique, you won’t find racers broadsiding while turning in the studded tyre category. 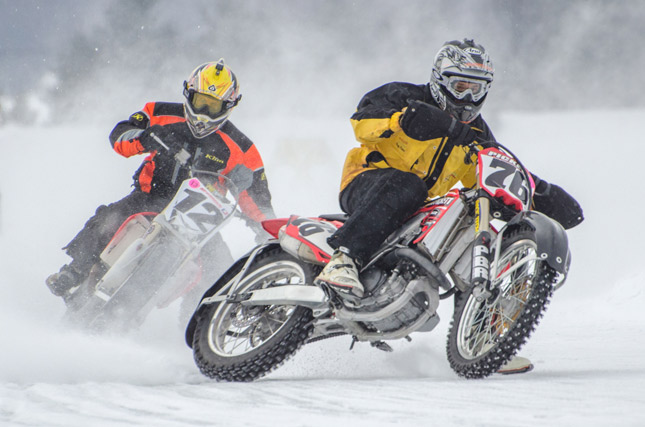 This is similar to Speedway. The technique used here is broadsiding. The racers must have some extra ordinary skills to control the bike on the icy surface with regular treaded tyres.

The bikes used here are similar to speedway but have a longer wheelbase and a two speed gearbox. The 500cc Jawa bikes are the most preferred choice for racing, followed by the GM motors. Interestingly, the engines in these bikes are mounted upright instead of the laid down ones which are used in other track racing categories. The reason for this is that the forces extended on the extended wheelbase frame are more severe in ice racing and a rigid frame becomes necessary. Lay-down engines reduce the rigidity and hence the bikes have duplex down-tube structures. 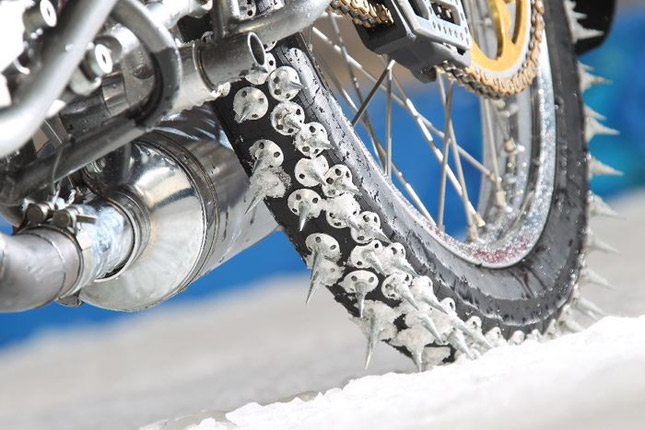 The bikes used in this category have spikes screwed into their treadless tyres. The spikes are 28mm in length and there are about 150 spikes on the front tyre and 200 on the rear tyre. As the spikes can cause fatal injuries to the riders in case of an accident, they use special protective guards over the wheels to prevent injuries. Expectedly, the spiked tyres produce a huge amount of traction even on ice. This factor makes it impossible to use the familiar broadsiding technique used in track racing. Hence, the riders lean their bikes into the turns. If you think that the ice surface makes it slower than the other track races then you are wrong, they touch speeds of 130 km/h on the straights and around 95 km/h on the bends. 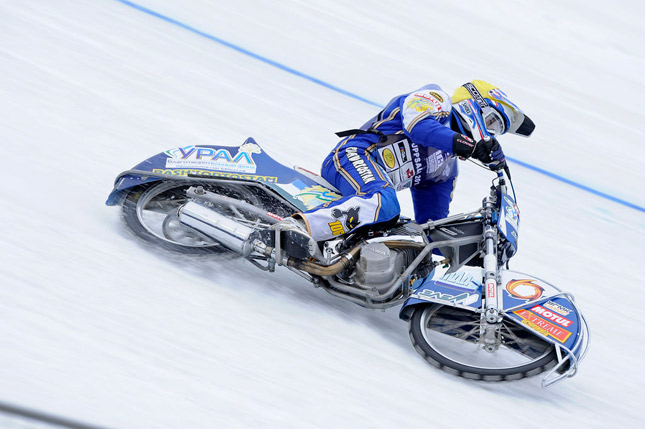 Being a winter sport, it is mostly popular in the north and east Europe and North America, mainly in Scandinavia, Russia, Germany, Czech Republic and Netherlands. The FIM sanctioned Ice Speedway Gladiators World Championship (Individual) and Team Ice Racing World Championships take place annually. Russia’s Nikolai Krasnikov and Sweden’s Per-Olof Serenius are famous racers with the former being a medalist from 2005 – 2012. Dmitri Khomitsevich is the reigning champion. In the Team Championship, Russia is the dominant force, winning all but three tournaments since it began in 1979 till present. They are also the current champions with a winning streak of 12 championships which started from 2003.