What Could Cause Low Engine Oil Level 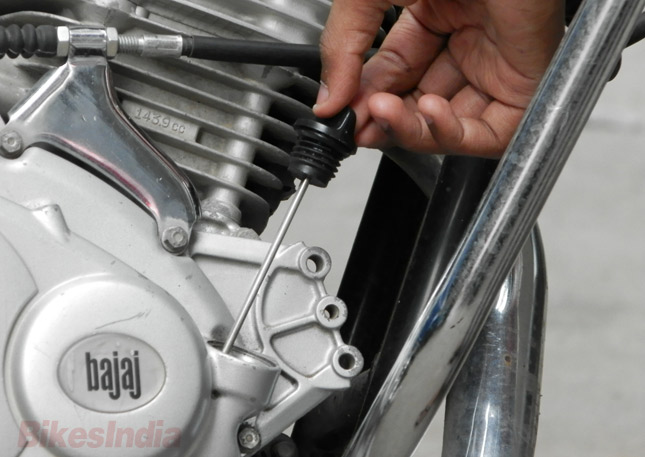 The heart of your motorcycle/scooter is its engine and the engine oil to the engine is like blood to the heart. In simple the engine oil is as important for the engine as the engine itself for the automobile. The importance of engine oil can be understood through various examples, it primarily serves the duty of a lubricant, and a thin layer of engine oil protects the fast moving engine parts from wear n tear. The evident damage to the engine can be done without any lubrication is due to the friction between the metal parts. The metal parts of the engine not only move at high speed but they also experience extremely high temperature.

The other vital role played by the engine oil is as Coolant, the engine oil acts as coolant for the engine especially in “Oil Cooled” engines. Due to its direct contact with the moving engine parts the now very hot engine oil came to the radiator, where it gets cooled by coming in contact with relatively colder atmospheric air. The cooled down engine oil now goes to the hot engine via jackets to absorb the metal heat and the process keeps on repeating.

Now a day there are motorcycles coming with sensors, capable of indicating the low oil pressure, earlier it was all manual and one had to take care of the same by checking the engine oil levels via dipstick present at knob of the engine oil hose. The process still remains same for the entry level and for some of the mid-level motorbikes as the oil sensor technology is still limited to the premium class two-wheelers.

The engine oil has got a limited life and it gets deteriorated in due course of time, the deterioration comes via tow routes- one is the quality and the other is the quantity. The quality of engine oil gets dropped after being utilized over the period of time. Normally the quality is denoted by the viscosity of the oil, it is but natural that after being used at extremely high temperature and under very high pressure the engine oil tends to lose its viscosity and hence gradually gives away its vital lubrication property.

The engine oil’s quantity also varies over the period; normally a marginal volume of the engine oil gets consumed by the engine through evaporation. Other than this if the engine oil level gets down rapidly and substantially, it needs to be checked ASAP. Because if this is happening, it simply means that the engine oil is either being consumed or drawn to the combustion chamber of the engine where it gets burnt along with the air-fuel mixture or the oil is being spilled/leaked outside the engine casing.

The source of oil leakage can easily be spotted on by keen inspection, a loose underbelly bolt or a damaged gasket could be the culprit, get the repair done and you are good to go. But if there is no signs of leakage whatsoever and you find white smoke coming out of the tail pipe, ATTENTION!!!, the engine oil is going into the combustion chamber and it is burning.

The burning of engine oil itself not creating any problem, maximum it could lead to extra carbon deposition on chamber or you will witness a foul spark plug. But the repercussions of the engine oil loss are very dangerous, if not addressed in time it could cost you the entire engine. Stay tuned to BikesIndia as we will bring another article on the “Effects of Low Engine Oil Level”, where we will talk about the potential damage that can be done to the engine because of engine oil scarcity. Till then ride hard and ride safe.