Yes, Motorcycle Travel Can Be Done Without Plastic

We’re seeing so much news surrounding plastic, global warming, smog, pollution levels breaching the limit in cities like Shanghai and New Delhi. But what can we really do about this?

In my opinion, the first thing we need to do is to stop blaming the government for all environmental problems. If our practices are killing fish, wildlife and in fact slowly killing the human population as a whole, blaming a third party like the government does not make sense! 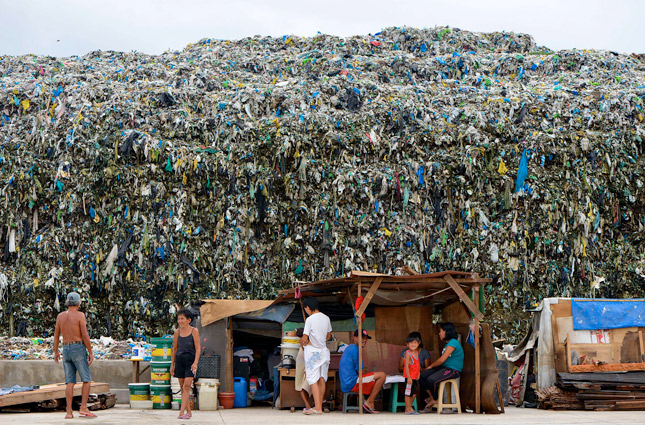 What we could do though is put some sense into that little head about the fact that it is only us that can change this mass killing of flora and fauna. Making minor changes to our choices, habits, lifestyles, and perceptions can yield great results. The businesses that produce plastic, coal etc will eventually be pushed into the eco friendly world if we, the people stop demanding things that don’t serve earth anymore. We need to begin making small changes in our lives in order for us to experience at least a small portion of the future we’ve been working for. Governments can probably do a tiny bit, bring about some law which nobody would follow but if people themselves begin to understand and prevent themselves from the over consumption and wastage of almost anything they buy and use, it would make the planet a better place to live for tomorrow.

I had begun to inculcate some things in my personal life like reducing consumption of snacks that are sold in plastic packets, recycling plastic bottles, etc. That’s when I realized that why not I follow the same when it came to my motorcycle travels and adventures? Traveling demands a lot of water and food consumption for which people rely on mineral water bottles, packets of snacks, plastic parcel containers, plastic glasses, etc.

So I thought, why not eliminate these things from my diet, they aren’t that purposeful too. I mean, a lot of the mineral water sold in plastic bottles is exposed to the sun. Low grade plastic, when exposed to the sun melts by a tiny bit and mixes with water, which in turn becomes more toxic. The reason I mention more toxic is because a lot of the packaged water already has unnecessary stuff like fluoride that does no good to your body. So if you leave your plastic bottle in the car for the whole day under the sun and then drink it eventually, then you better begin the detox process right away. Such water is known to be cancerous, so why not save yourself and the environment from it? 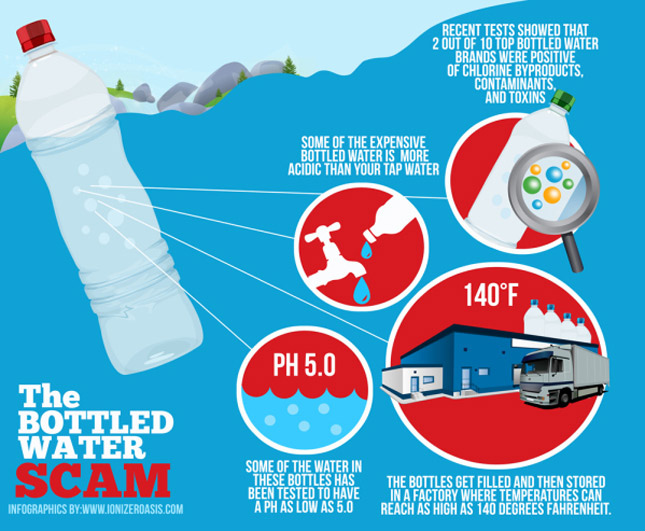 You can do so firstly by not consuming it at all. So as a substitute, you’ll need to carry a bottle with you. Again, don’t commit the mistake of buying a plastic bottle but buy a bottle made out of steel or copper. Copper items need more care and maintenance so I bought two stainless steel, 1 liter bottles for my motorcycle travels. On my two wheeled adventures, I also carry with me a 3 Liter hydration backpack that helps me stay hydrated, even at triple digit speeds. So, on my ride from Bangalore to Ladakh, I had a 5 liter water supply with me on each day that was pretty much sufficient. 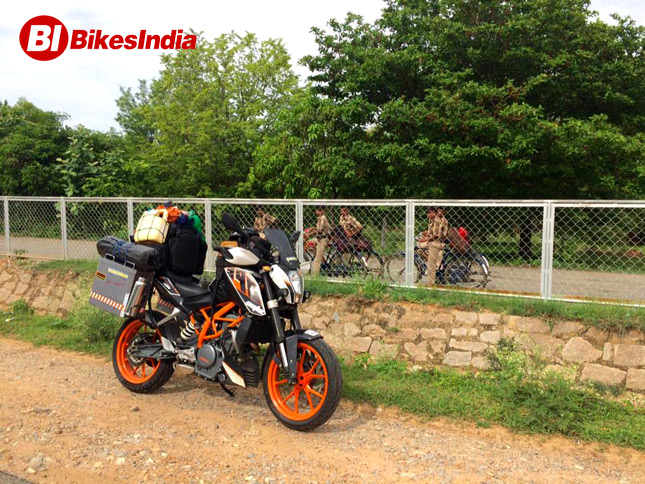 ** See that bottle on the panniers

So how did I manage to find clean water in order to refill my containers?

Well, almost every place you stop for the night, be it a relative’s house, hotel or home stay, they are bound to have clean water supply so I used to clean and tank up all my water containers before heading out the next day morning. I used the steel water bottles as reserve only so when my hydration backpack was devoid of water, otherwise I used to refill at a hotel or dhabha when I stopped for lunch. You don’t have to worry about the purity of the water, I’m sure that almost any kind of tap water you drink will be better than mineral water, I’ve had no issues with regard to health wherever I’ve traveled till date. Even in the Ladakh region where highway hotels aren’t as abundant, I drank quite a lot of water from glacial streams and trust me on this, it was the most refreshing liquid I consumed and washed my face with. 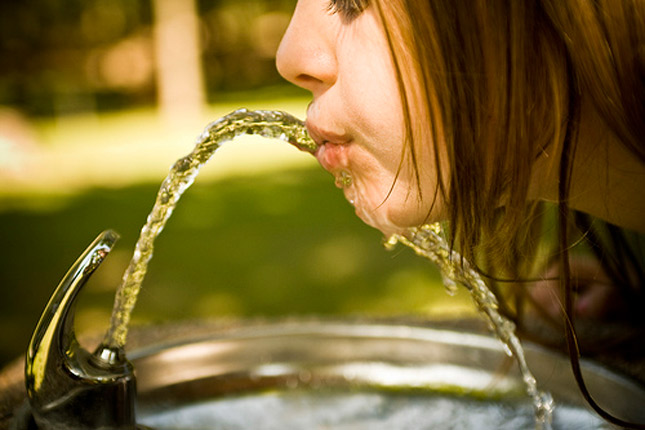 They say that raw water contains too many minerals that are harmful for the body but I disagree. Our mortal bodies are made out of the same elements earth offers, having raw water for a couple of days made no difference in me. I sometimes feel that a lot of the stuff that science claims has just turned us into unnatural cry babies, cribbing and trying to protect ourselves from elements we’re made of and it is recently that water is being processed, what did people do back then where there was no reverse osmosis or some other ‘technology’? I’m not trying to challenge science here, but just stating my observations and feelings.

The best example that supports the above claim of mine were the kids I came across in the Ladakh region. I saw these little, jolly, three year old human beings with their nose spraying out mucus, playing around in mud and dirt, around Smokey Lorries and sharp rocks. Neither did they care about their dirty hands, legs and clothing and nor did their tough mothers give a damn. They get no vaccination, no special care units, no electric heaters; it’s just them and their fragile bodies being trained to face the elements they’re made out of. In fact, these little guys grow up to be one the fittest human beings, naturally. So why have we been seeing a lot of cancer, viral and common cold cases in the cities? 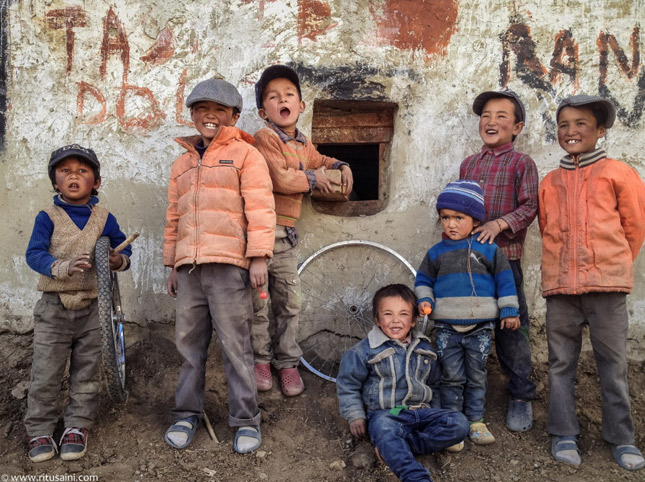 Coming back to topic, with regard to food consumption while on a ride, if you’re an adult living in the cities then there are high chances that you’re trying to lose weight. If you aren’t, then congratulations to you. Motivate yourself in some way or other to avoid buying that packet of Potato chips, packet of cream biscuits or for that matter, even other processed dry food sold in plastic packets. From my personal experience, this was bit challenging initially but after repeatedly reminding and motivating myself, I have reached a stage where it doesn’t matter if I had that Kurkure or not, I don’t crave for it like I used to crave junk food earlier. I do crave ice creams and chocolates though but I’m trying to avoid as much plastic from my life as possible. 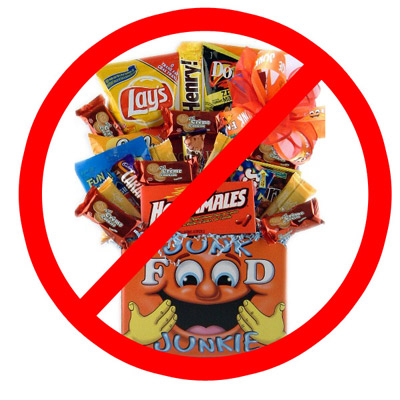 So that’s how I take care of food and water on those long rides. I also carry a steel plate, steel tea cup and a steel spoon on certain rides where hotels and restaurants are scarce. A lot of the roadside stalls and Chai wallahs have a tendency to offer snacks and chai in plastic plates and plastic glasses, so the steel utensils take care of that. 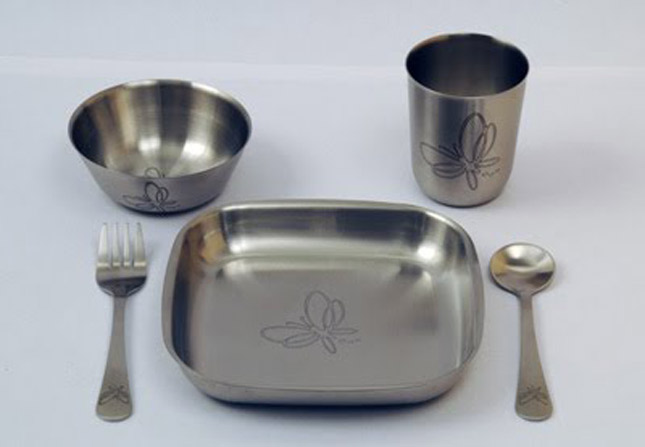 At the end of it all though, it definitely comes down to personal choices. Not only on my motorcycle journeys but also in daily life, I’ve been trying to avoid plastic wherever possible. Fun on motorcycle journeys is mandatory but responsible fun is the need of the hour. So when you ride, or trek, or cycle or for that matter even if you use public transport, try your best to avoid plastic. Stop blaming, start doing and don’t ride for a cause to save earth :P