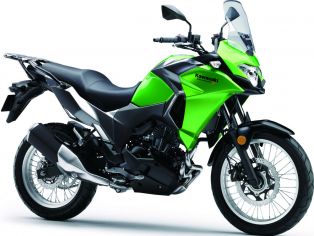 Tweet
Specs Compare Reviews News
Kawasaki has launched the least capacity adventure tourer in our country. The Versys-X 300 is based on the edited chassis of ongoing Z300. The bike shares underpinnings of its roadster sibling and continues with fuel injected 296cc parallel twin cylinder engine. The Versys-X is targeted towards adventure junkies of the country, the bike is featured 130mm long travel front telescopic suspension. The Slipper assist clutch is a welcome move for an adventure tourer. 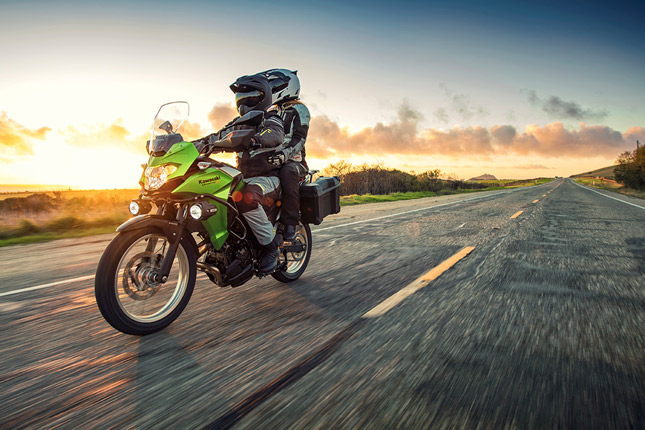 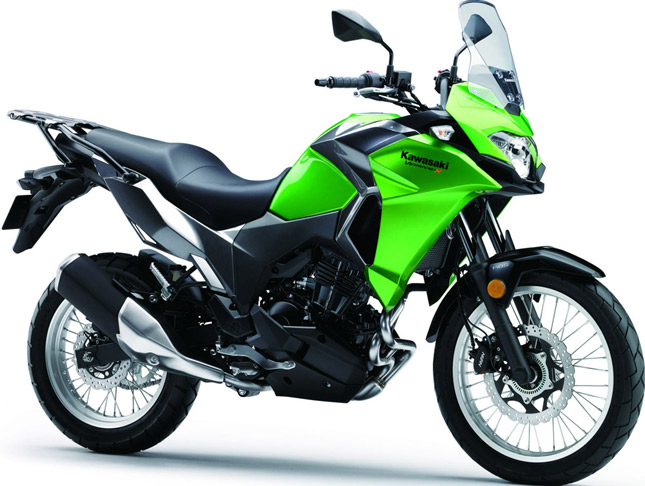 The Kawasaki Versys-X 300 is an outright adventure motorcycle with long travel suspension, spoke wheels and pannier supporting grab rails. The motorcycle looks huge with a large windscreen and tall handlebars. The headlight assembly is a single piece unit, unlike their conventional dual split design. The headlight shape resembles the Ninja 250 SL with two position lamps on either sides. The seats are posh and large enough to cruise comfortably, while the tank is huge with large side extensions going all the way down to the engine head. The sides look solid while the exhaust canister comes straight from the Ninja 300. The taillight unit houses a normal lamp while missing out on LED's. 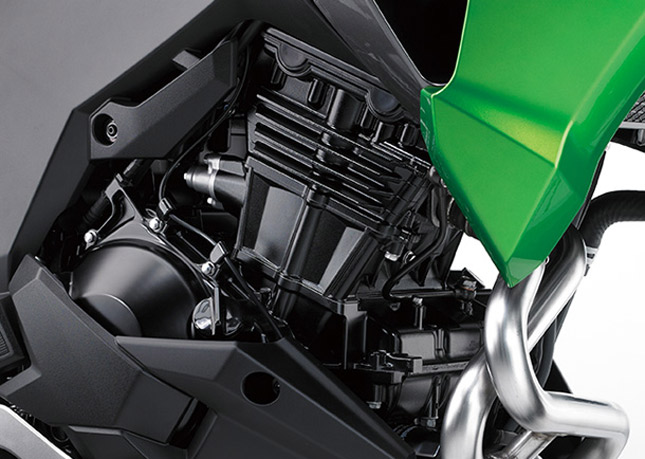 The Versys-X 300 gets the same engine from Ninja 300, but in a different state of tune. The motorcycle is powered by a liquid cooled DOHC 296cc parallel twin motor which churns out 40 PS at 11,500 RPM and 25.7 Nm of torque at 10,000 RPM respectively. The engine is mated to a conventional 6 speed manual transmission coupled with a wet multiplate assist and slip clutch unit for smooth shifts.

The engine is fueled by Electronic fuel injection system, while the Versys-X has redesigned throttle valves and injectors for better efficiency. The heat management on the Versys-X 300 is said to have improved as the heat has been redirected away from the rider. 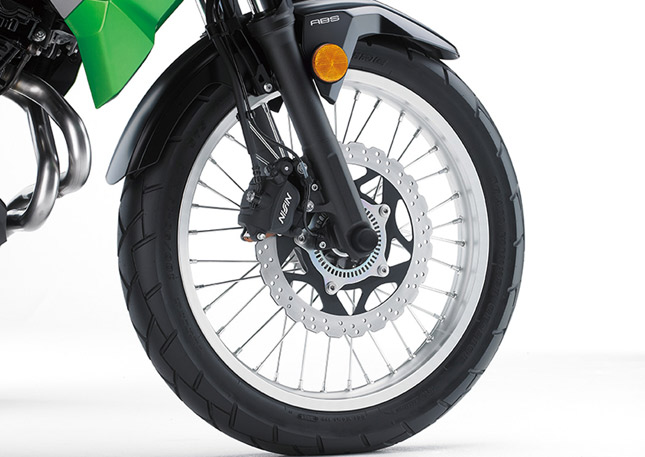 The Kawasaki Versys-X 300 shares its chassis with the Ninja 300, with some modifications for the intended adventure. The chassis is a diamond tube type frame which is light in weight. The motorcycle is suspended by a long 5.1 inch conventional telescopic front fork, while the rear end gets a long travel Uni-Trak, gas charged monoshock.

Braking duties are carried out by a single 290mm disc up front while the rear is guarded by a single 220mm disc. The bike gets ABS as standard equipment. The front wheel is a large 19" rim, now standard on every adventure motorcycle. 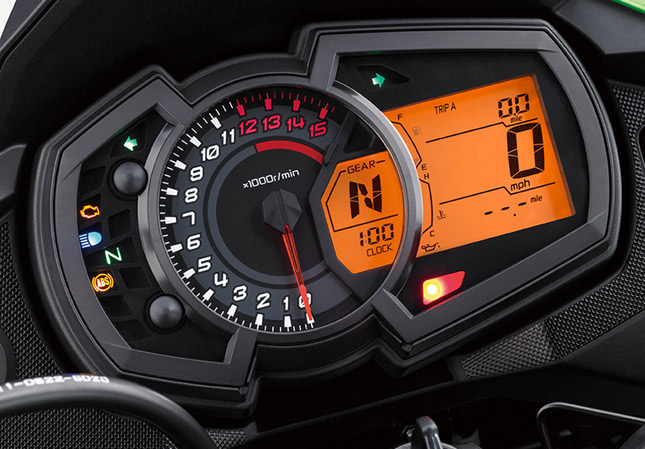 The motorcycle gets an analog tachometer with a fully digital speedometer console along with gear indicator, clock, trip meter and odometer surrounded by all other tell tale lights. Kawasaki offers a range of tourer friendly accessories for the Versys-X 300 like additional fog lamps, crash protection bars, panniers etc.

The Versys-X 300 is the first and only adventure motorcycle in its class and offers world class features coupled with reliability and top notch Kawasaki quality. The competition for the Versys-X would come from the Austrian stable in the form an all new 390 Adventure, which is said to be under development already. While we know that the 390 Adventure will be priced anywhere below 3 lakhs, the premium price tag of the Versys-X would only stand against it. Quality comes at a price, but at Rs. 4.6 lakhs (Ex showroom Delhi) this might be ridiculously high for a motorcycle of this size and character. 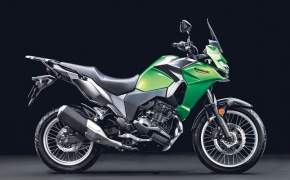