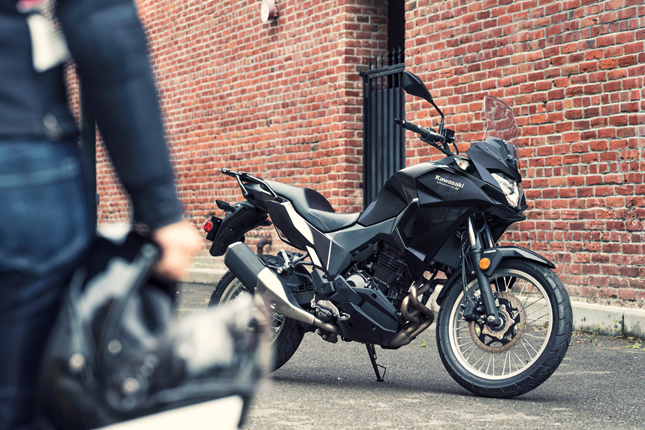 The entry-level adventure gallery in India consists only of Royal Enfield Himalayan, a much-needed gap is soon to be filled by the BMW G 310 GS. While a patient man will wait for the little beemer, but I am not one, so I decided to do some research and stumbled upon the Kawasaki Versys X300. To my surprise, it turned out to be a very capable adventure bike. Let me tell you why.

The 296 cc parallel twin makes an impressive 39.45 HP @11,500 RPM but a pitiful 25.70 Nm of torque. The best thing about the engine is the lack of vibrations, the Parallel twin is the same unit which is used on a Ninja 300 and is famous for redlining beyond 12,000 RPM. The overall design of the engine is vastly undersquare which includes 49 mm piston stroke and dual overhead cams which control 4 valves per cylinder.

All of the above features translate to an Ultra smooth riding experience. The torque isn’t enough to get the rear tyre spinning out of traction but that’s the whole point. It is a beginner friendly bike so despite being a 300 cc tourer, it provides plenty of room to learn off-roading skills. 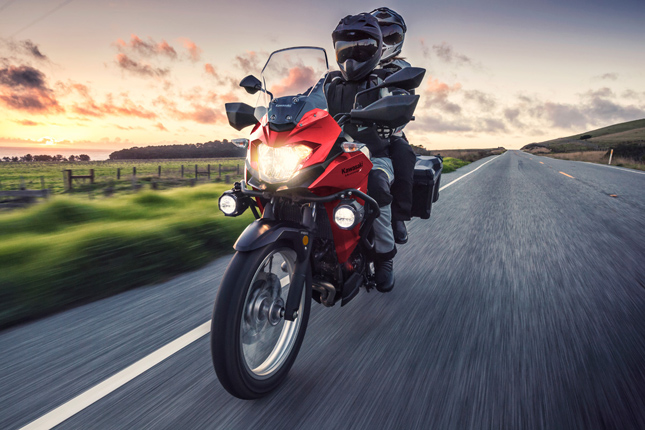 The Versys X300 uses conventional right side up forks and pre-load adjustable monoshock. Both of them work best under the stock setting. The Diamond frame uses the engine as a stressed member but since it runs as smooth as butter, almost none of the vibes reaches the handlebar. The front fairing along with the immovable windscreen does a good job of deflecting air and even with a high seat height of 815 mm. The sunken seat is also to be credited for the same, the resulting rider triangle keeps your arms at a rest and your feet mid-set. The twin 17-inch wheels make a good balance of road and dirt handling on the Versys but the tube-tyres can prove to be a bane while tackling unknown territory.

The tank is sunken near the rider legs, allowing him to grab onto it while standing, the handlebars are kept high for additional stability. The only notable part which can get damaged seems to be the wide hollow fairing but an equally wide leg guard could prevent it just fine.

People say that the weight of the bike is a bit on the heavier side but it is identical to the much less powerful Royal Enfield Himalayan. 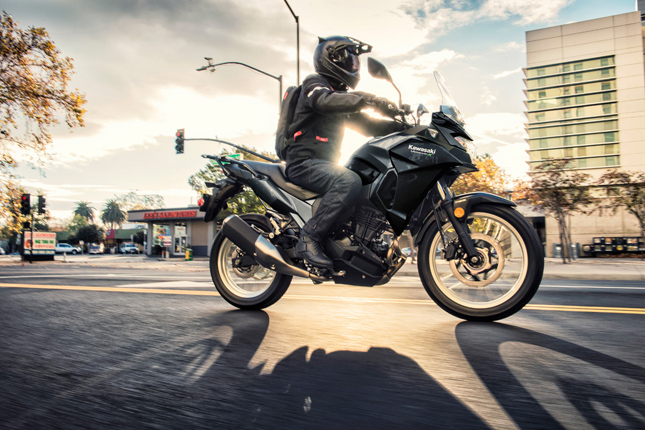 Along with a part-digital part analogue console, we also have a charging outlet. The ABS is not switchable and the console displays speed, time, oil level, current gear and all the usual stuff.

The ex-showroom price of Kawasaki Versys X300 is Rs 4,60,000 (Ex-Showroom) Delhi. The high price of the Versys is justified by an additional cylinder and commendable off-roading capabilities. In short, Versys X 300 is a true mid-entry level adventure bike which can perform well on and off-road.