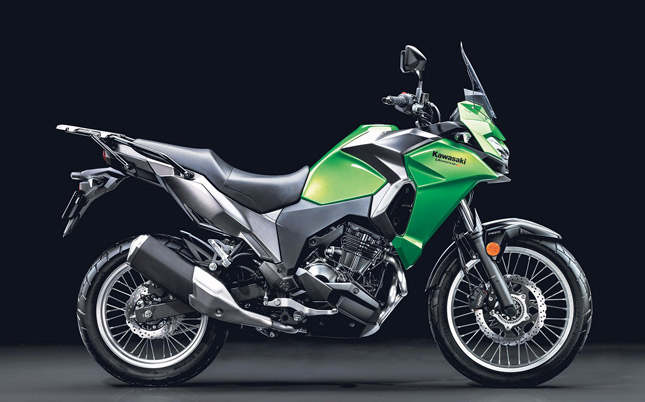 Kawasaki Motorcycles has launched the entry level adventure tourer Versysy-X 300 in India. The bike is going to be assembled in the country as company has decided to bring it via CKD route. The new baby Versys is featured with modified version of the tubular chassis from the ongoing Z300 model.

The new Kawasaki Versys X-300 is equipped with 296cc DOHC, liquid cooled parallel twin cylinder engine. The twin pod motor is capable of producing 40 Ps of power at 11,500 Rpm and a torque of 25.7 Nm at 10,000 Rpm. The engine is mated to 6-speed gearbox, which is coupled with Slipper Clutch. Fueling has been done via Electronic Fuel Injection System (EFI), while the bike is suspended to a 41mm telescopic front fork with a travel of 130mm and a bottom linked, gas charged mono shock absorber.