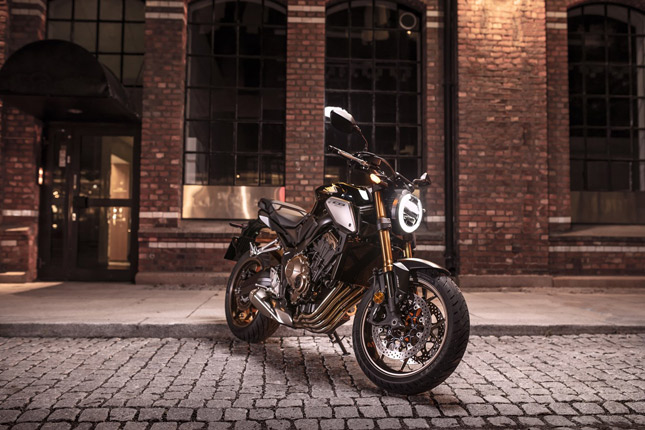 Honda has had a pretty good year. The company broke sales record around the world, Marc Marquez won the another MotoGP title and almost every Honda customer is satisfied with their vehicle. To end the year on a high note Honda revealed two new models at EICMA 2018. Let’s take a look.

The superfamous CBR series gets a fine addition in the form of CBR 650R. The bike will replace the current going 650cc model the Honda CBR 650F.

The 2019 Honda CBR 650R features an aggressive riding position due to repositioned handlebars. The clipons are now more forward while the footpegs have been moved at the back and increased in height.

The bike gets an inline-cylinder engine but this time it revs 1000 RPM higher and makes around 93 HP at 12000 RPM and 64 Nm of torque at 8500 RPM. The engine is connected to a 6-speed manual gearbox. The design of the bike is now similar to the Honda CBR 1000RR.

Dimensions wise, the bike gets a 15.4-litre fuel tank, which is pretty decent. The 650cc motor returns a fuel economy of 20 km/l. The seat height of the bike is 810 mm while its weight is 207 kg. On the side of rider aids, the bike gets a dual channel ABS, traction control, assist/slipper clutch and a quick shifter (optional).

The New-retro cafe line up from Honda gets a new 650cc bike. The 2019 Honda CB 650R is a naked Cafe racer/roadster with all the modern technology.

It also features an inline-4 cylinder engine along with 41 mm Showa upside down ‘Separate Function’ forks and radial mounted 4-piston calipers at the front. The Cafe Racer also features Honda Selectable torque control along with assist and slipper clutch.

Honda believes that both of their bikes can easily be used for daily riding, while also offering fun on the highway or during your commute. The company wants everyone to ride a 650cc sports bike to work and frankly, it seems like a noble mission.