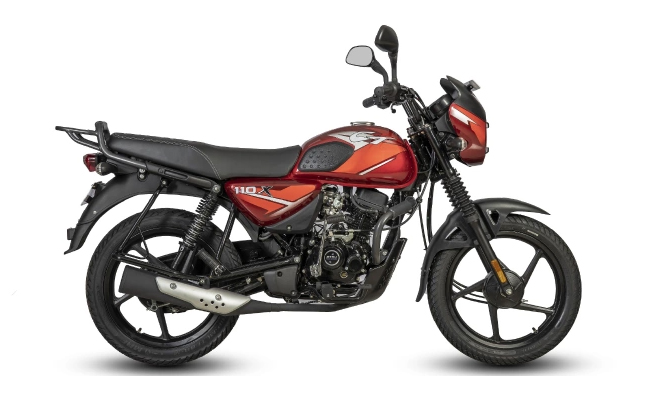 The company has already started taking booking for the new entry level commuter motorcycle. Many dealerships across the country have already started receiving the motorcycles. The new CT110X comes with distinct rugged looks, the front receives headlight cowl with LED Drls and at the rear there is an integrated fiber rear fender. The front fender is also styled a little different; it sets a little higher and has a space between front tyre and fender.

The new Bajaj CT110X also comes featured with large engine and sump guard. The bike is also featured with rear luggage rack which can hold up to 7kg of payload. The bike comes with thick thigh pads for better grip on fuel tank by the rider. The new CT110X comes equipped with 115cc air cooled single cylinder engine churning out 8.48 bhp of power and 9.8Nm of torque. The motor is mated to a 4-speed transmission gear. The bike is offered in four dual tone color palettes- Blue with black, Red with black, Green with Golden and Red.