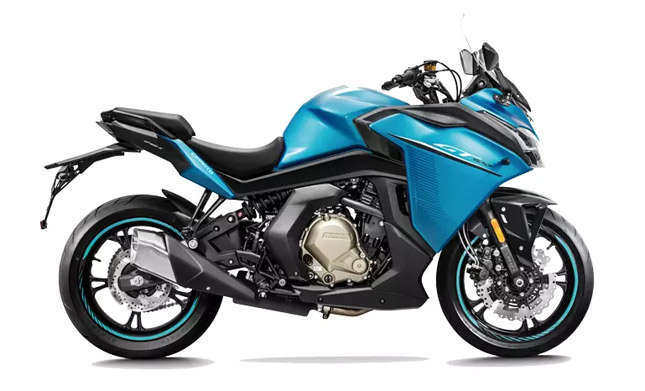 A new motorcycle brand is going to enter into Indian market with their exciting product portfolio coming month- CF Moto. The brand is scheduled to make its debut next month in the country with four motorcycles and now it's known that the company is also likely to introduce three more motorcycles next year in the country.

Apart from the four motorbikes that the company is coming up with which includes the 650NK, 650GT, 650MT and the 300NK, CF Moto is planning to launch three more motorcycles next year. The range will include 400NK, 400GT and 300SR. The 400NK is going to be a naked motorcycle featured with a muscular fuel tank and tank shrouds that accentuates its Streetfighter character.

The CF Moto 400NK is equipped with a 400cc parallel-twin, liquid-cooled engine that churns out 40bhp of power output and 34Nm of peak torque. The 400GT will be powered by the same engine with alterations in character to match its touring capabilities. The bike is never spotted in India but it is available in international markets and has the same sports tourer design as its elder sibling- 650GT.

The CF Moto300 SR will be a fully faired motorcycle and will share its underpinnings with the naked 300 NK. The track ready motorcycle will lock its horns with the likes of Kawasaki Ninja 300, Benelli 302R, KTM RC 390 and TVS Apache RR310.