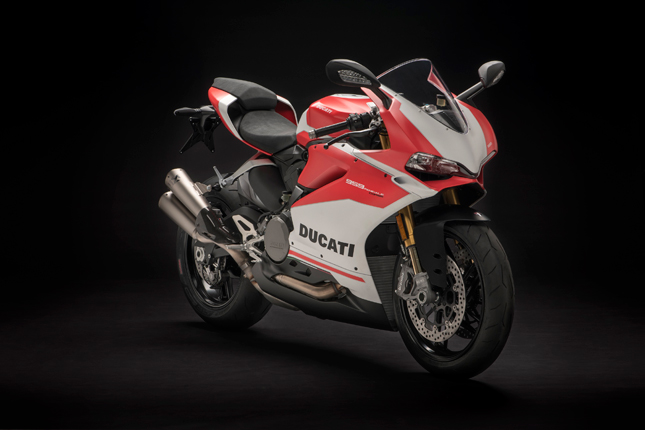 Ducati has launched the all-new Special Edition 959 Panigale Corse in India at an ex-showroom price of Rs 15,20,000 only. The bike is differentiated into two versions, the International Version and the Indian version. Let’s take a look at both of them.

What’s special on the bike is its electronic package. The Panigale 959 Corse features a high tech rider aid electronics which inspires his confidence both on the normal and wet surface. First and foremost, the Package includes a Twin Channel Bosch ABS 9MP, for precise braking.

The bike also features Ducati’s own Traction Control System, which goes by the name of Ducati Traction Control or DTC. Also included in the box are Ducati Quick Shift (DQS) technology and Engine braking control (EBC) which prevents engine braking. To make throttle control seamless and smooth, a Ride-by-wire does its job efficiently in the background. The 959 Panigale Corse also comes with 3 different riding modes, Race, Sport and Wet. They can be used whenever the conditions similar to their names are faced by the rider.


The International Version gets all the above equipment along with Ohlins Suspensions, lithium battery, Steering Damper for preventing tank slappers and Ducati Performance Titanium Silencers by Akrapovic. However, The Indian version also gets a MotoGP inspired Special Corse livery. The overall colour theme is a reminiscence of the company’s racing bike, the Desmosedici GP 18.

The Ducati Panigale 959 Corse will be available at DRE track days, which will be held at Buddh International Circuit, Greater Noida, on 13th and 14th of October 2018. Bookings are now open in all Ducati dealerships in Delhi, Mumbai, Pune, Ahmedabad, Bengaluru, Chennai, Kolkata, and Kochi. 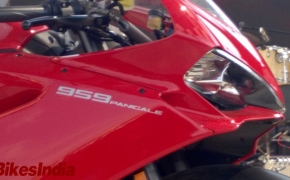