During the Ducati Global World Premiere 2019, the company unveiled a total of 9 motorcycles, which will be displayed at their stall in EICMA 2018. Among these 9 motorcycles, 3 are brand new, while the rest include already updated motorcycles for the upcoming year. 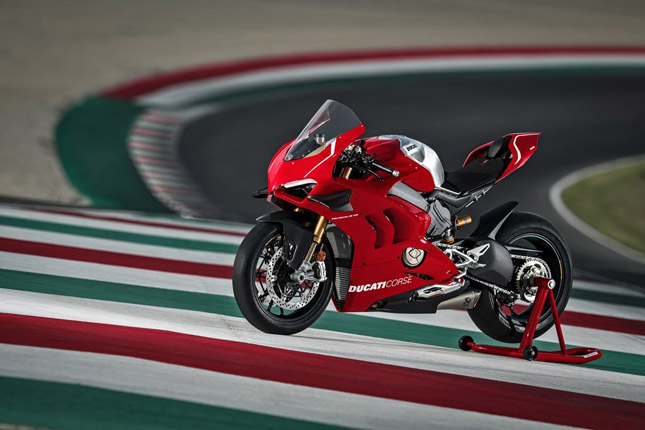 The new motorcycles are Ducati V4 R, Hypermotard 950 and Ducati Diavel 1260. Starting with the Ducati V4 R, it is a brand new track-focused supersport motorcycle which is basically a Ducati Moto GP bike with headlights. Even the engine on this bike is a 998cc ‘WSBK’ compliant Desmosedici Stradale R motor. It produces 221 HP in stock mode and 234 HP with a Ducati performance exhaust by Akrapovic.

The bike gets an extensively designed bodywork, in the form of multiple air vents for effective cooling and special carbon fibre wings. These wings are known as aerofoil appendages, which are developed jointly by Ducati Corsa and Ducati Style Centre. These wings provide additional stability to the bike at higher speeds, during heavy breaking and when coming in and out of corners.

The bike is loaded with a number of rider aids like the Ducati traction control EVO, Ducati quick shift up and down EVO, Bosch cornering ABS, along with wheelie control and launch control. Also, a new air intake makes the engine redline higher by 2,250 RPM. 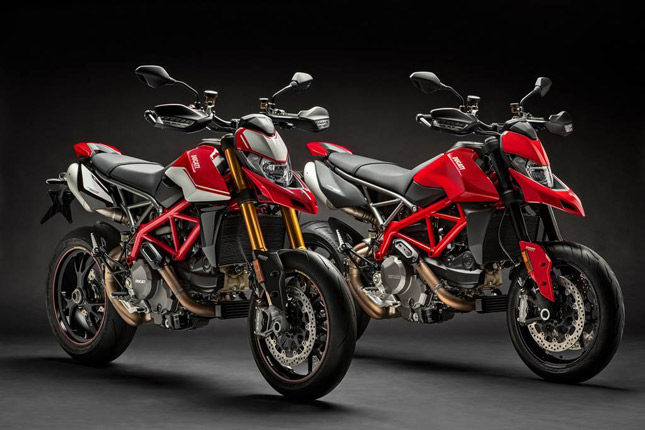 The bike features a host of electronics like Ducati traction control EVO, and Ducati Wheelie controls EVO. Ducati quick shift up and down EVO is standard for SP version but is available as an option for the standard model. The 2019 Hypermotard 950 also gets Bosch cornering ABS with a slide by brake function. As a result of the upgraded equipment on the SP version, the bike gets a lean angle increase of 3°. 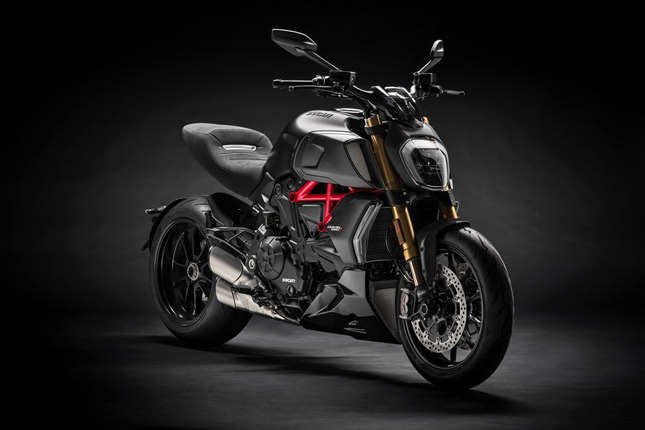 The third new bike is the Ducati Diavel 1260. It is also available in two versions, the standard one and the ‘S’ one. Both bikes feature a Testastretta DVT 1262 engine which makes 159 HP and 129 Nm of torque. The bike has a flat powerband which enables better power delivery in every RPM range. The ‘S’ version of the Diavel comes with a fully adjustable Ohlins suspension at both ends, a high-performance braking system and dedicated wheels.

The Ducati Diavel 1260 comes equipped with Bosch cornering ABS while the ‘S’ version gets the Ducati quick up and downshift EVO. 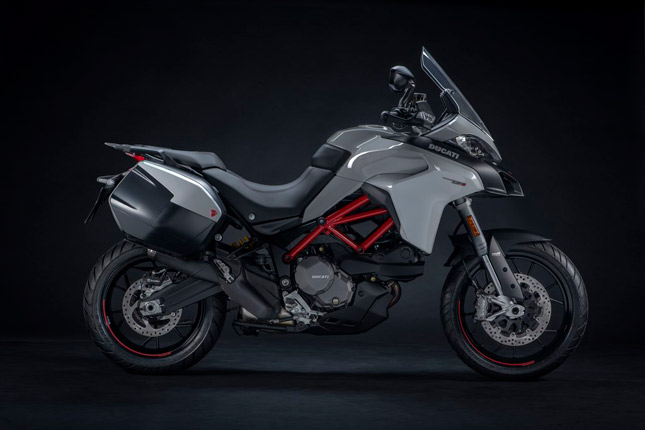 The Ducati Multistrada also received a special edition for 2019. It is equipped with a 5-inch TFT screen, Bosch cornering ABS, Ducati quick-shift up and down EVO, Ducati Skyhook suspension along with cruise control, hands-free control, backlit switches and hydraulic control.

The entire 2019 range of Ducati Scrambler which includes the Desert Sled, Full Throttle, Cafe Racer, and Icon, will be present at Ducati’s stall in EICMA 2018. The line up will also feature an e-mountain bike, the MIG-RR.

Three special versions were also revealed for the EICMA 2018. The Ducati Monster 821 stealth, the Monster 25th Anniversary edition and Ducati Panigale V4 S Corse. All of them are the limited editions of their existing models.