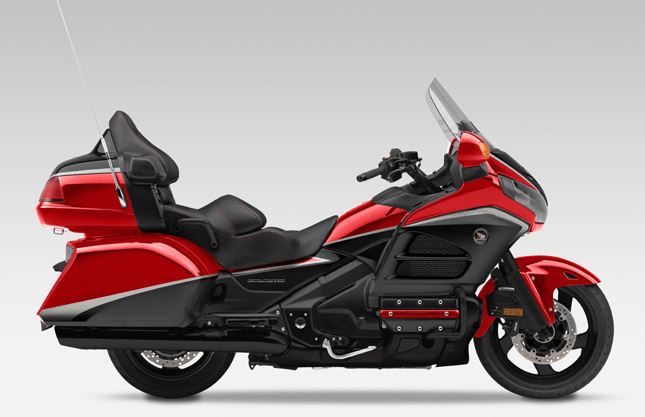 The Gold Wing is essentially a luxury touring machine and in other words it is a luxury suite on two wheels. The 1832cc six cylinder power house is known for its efficiency and reliability throughout the World. Since it was first introduced in 1975 the Gold Wing brand remains one of the iconic and most successful model of Honda, it is synonymous to the luxury and comfort touring on two wheels. 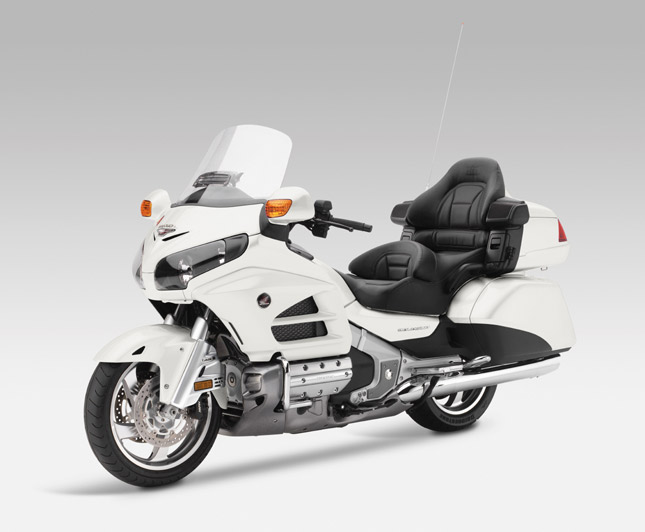 The 2015 Gold Wing GL1800 is feature loaded and it comes with dozens of features including first in industry Airbag in motorcycle when introduced in 2006 by Honda. The new Gold Wing is equipped with light weight aluminum twin spar chassis which is mated to a single side swingarm. The bike is also featured with:

Honda has launched the Gold Wing GL1800 in two variants, the Dual Tone Candy Prominence Red with anniversary edition Gold Wing Audio Comfort and the Pearl Glare White with the Gold Wing Airbag. Both the bikes would be available at a price of Rs 28.50 Lacs and Rs 31.50 Lacs respectively (Ex- Showroom, Delhi).