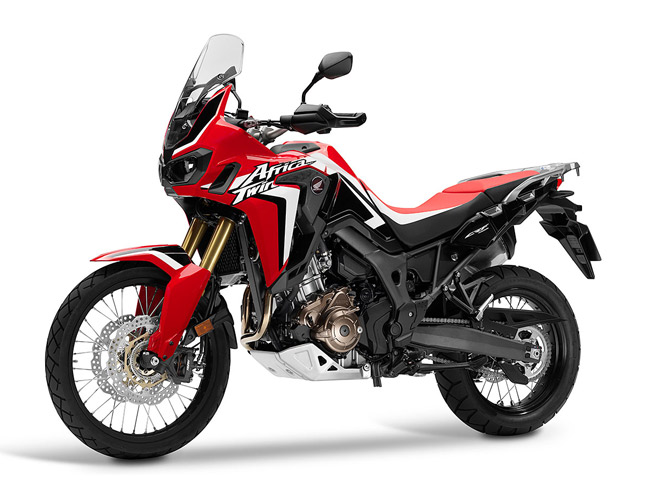 Honda has showcased one of their potent and promising products at the ongoing Auto Expo’16- CRF1000L Africa Twin. The 1000cc adventure touring machine has been promised by the Japanese giant last year when they launched CBR 650F. The CRF 1000L Africa Twin is slated as the second product under the “Make In India” commitment after the Honda CBR 650F.

What is called as “True Off Roader” by the company, the Honda CRF1000 L Africa Twin is a true adventure model which is ready to cruise the highway and to cross the desert. Excited with overwhelming success of CBR 650F in India, Honda is all set to launch their next higher displacement “Make in India” model. The Honda CRF1000L Africa Twin is a lightweight adventure touring machine equipped with 998cc twin cylinder engine. The Africa Twin has already participated and proved its mettle in the world’s toughest race – The Dakar rally.

With the concept of “Adventuring across open country”, Honda designers have created a big adventure model that would perform well off-road yet be convenient for everyday riding. Offering outstanding traction the Honda CRF 1000L Africa Twin is featured with the newly developed 998cc engine which is a compact liquid-cooled, 4-stroke, 8-valve, parallel twin with a 270 degree crank. The bike is also featured with lightweight steel semi-double cradle frame which helps the bike deliver excellent cruising performance off-road and nimble, stable handling on the street.