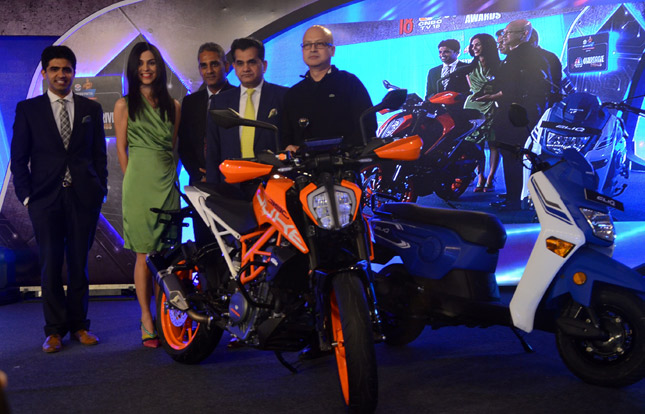 The 18th edition of CNBC-TV18 Overdrive Awards came to an end at the Taj Diplomatic Enclave in New Delhi. The awards brought together India’s dynamic automobile industry under one roof, as some of the leading brands in the country were recognized and honored for their achievements across multiple award categories. Leaders from various spheres in the country graced the awards ceremony and witnessed automotive giants being honored for their excellence.


Winner of all major industry awards for being the ‘Best Business News Channel’ since inception, CNBC-TV18 has cemented its leadership position in the Indian media. Over the years CNBC-TV18 has created a wide portfolio of programming and set the norm for programming strategy in business news space. This gives us the opportunity and confidence to celebrate leaders and outperformers from different sectors of corporate India, one of the most important being Automobiles. The prestigious Overdrive Awards is one of the longest running and most watched in the news genre and has evolved as the go-to destination for head honchos of auto companies, and the automobile fraternity at large.