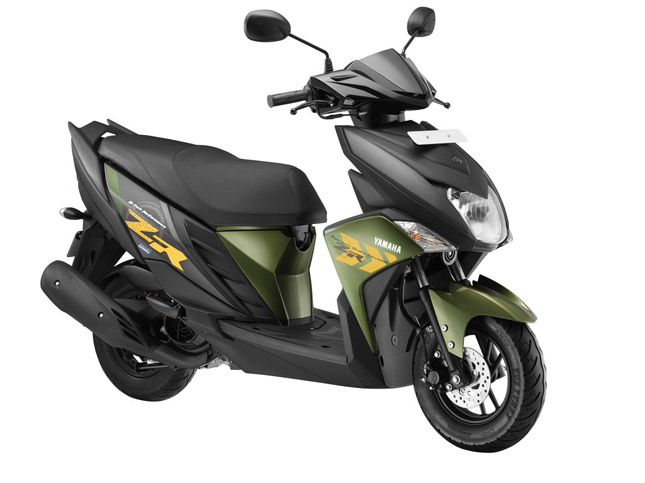 Yamaha Motor India has recently launched the smaller Saluto RX and now they have launched male targeted Cygnus Ray ZR., the auto gear scooter which Yamaha had showcased at the Auto Expo’16 earlier this year. The new Ray-ZR is pitched right between the Fascino and Alpha, it is targeted especially to the male audience.

The Cygnus Ray ZR shares same 113cc engine which Yamaha is been using in all of their scooter models , the mill is capable to produce almost same performance figure as it does on the Fascino- 7.3 Ps of max power at 7500 Rpm and 8.1 Nm of torque at 5000 Rpm. Yamaha has successfully limited the overall kerb weight of the new Ray-ZR and it tips the scale at 103 Kg.

The lightweight Ray-ZR with its frugal Blue Core Yamaha mill claimed to return fuel efficiency of 66 Kmpl. The Ray ZR also comes featured with optional front disc brake, which is first for any of the Yamaha scooters in India. However, the disc size is by far the smallest among all of its competition. The Ray-ZR is also featured with Tubeless tyres which were badly missing in the Fascino.