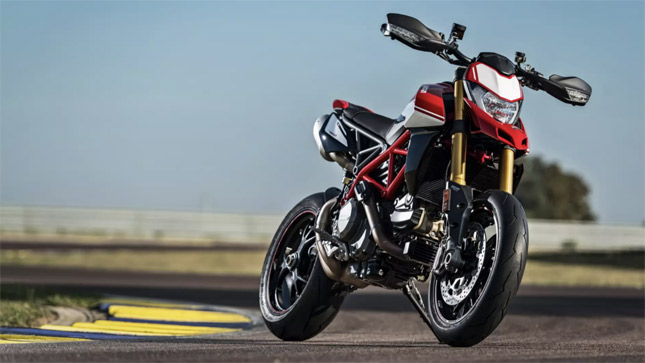 Ducati Hypermotard is a cross between a naked and a supermoto powered by a powerful engine. It is one the most exciting looking bike in the Ducati’s line up, which says a lot. The new Hypermotard was unveiled at EICMA 2018 in a standard and a special version. Here is everything that you need to know about the bike.

1: Bigger engine: Instead of the old 939 motor the new Ducati Hypermotard uses a 950cc 11-degree motor which is more powerful and produces more torque. The bike is known for its raw grunt and the 950 takes it a step further by delivering 80 per cent of the torque at below 3000 RPM. The internal components of the engine are also changed. Exhaust valves, pistons, and 53 mm throttle bodies are all new. These help in pushing the compression ratio of the bike to 13.3:1, thus improving efficiency. 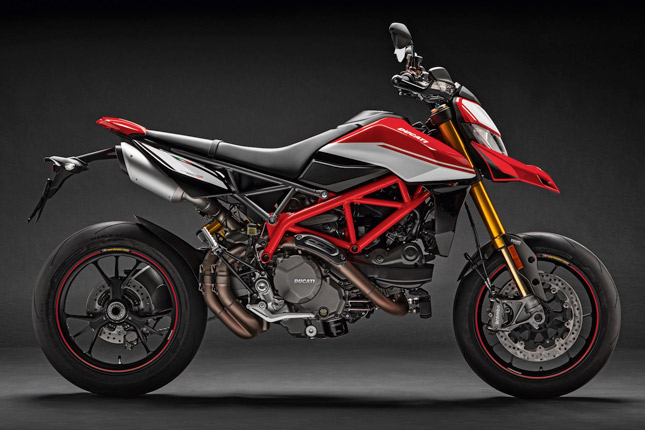 3: Wight reduction: Both the engine and the rest of the bike has lost weight in the new model. The bike is now 4.5 kg lighter due to a new frame and lighter engine components. Even the fuel tank holds less fuel than the previous model, resulting in a less wet weight.

4: Sharp handling: The 2019 Hypermotard handles better thanks to a sharper rake. The lean angle is an impressive 47 degrees on the SP version while the standard one leans over almost 44 degrees.

6: Easy to use: The 2019 Hypermotard is cleverly designed to accommodate rider of all sizes. The seat is narrower near the tank to enable shorter riders to touch the ground easily. The seat has also been flattened to shave another millimetre or two. 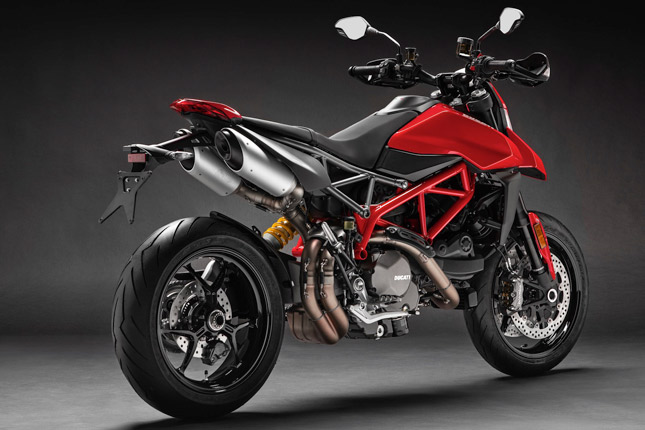 7: Safe to use: The new Hypermotard comes equipped with a new Inertial Measurement Unit (IMU), which improves the efficiency of the cornering ABS. A total of three settings are available on the ABS unit, Level 1 provides the maximum freedom by acting only on the front wheel and leaving the rest of the bike at the mercy of rider. Level 2 and Level 3 are for those who like to ride peacefully. The bike also has three riding modes namely Sports riding mode (for aggressive riding), Touring mode (for full power but a mellow throttle response), Urban riding mode (less power and all electronic safety turned ON)

8: Removable pillion pegs: Not everyone is brave enough to be a pillion on a torque-charged hypernaked/supermoto. As a result, the passenger pegs are removable, so you can look cool while riding solo.

9: New wheels: The alloy rims on the standard 950 Hypermotard are aluminium Y-spoke wheels. On the other hand, the SP version gets forged Marchesini wheels. These new rims also play a part in reducing the overall weight of the bike.

The launch of the 2019 Hypermotard in India is not yet confirmed.