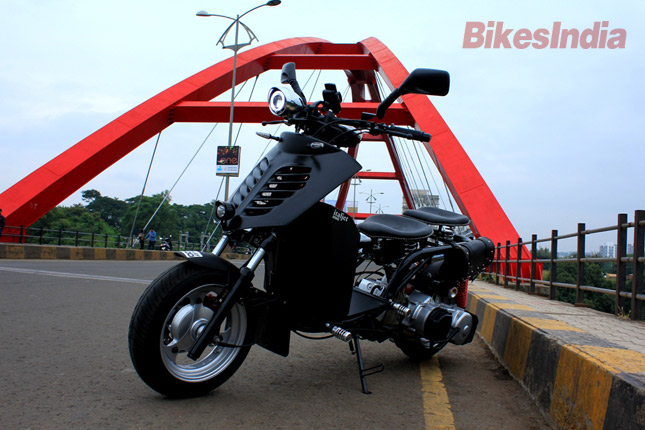 It is really very hard to impress us when it comes to motorcycle designing and especially modifying a two wheeler with originality. One such work or I must say piece of art we came across of a young lad from Pune. Sikandar Khan who happens to be a petrolhead from heart and lives day n night with two wheelers is one of BI’s avid readers. When he once told us about his passion for bike building, frankly speaking we did not take him very seriously, until he showed us his work.

We could not believe what he did to satisfy his soul, with the help of his uncle (Anwar Pinjari) he had built a custom made “Kinetic Blaze”. Sikandar told us-


I was planning to build a bigger scootterete to commemorate my first ride “TVS Scooty” and could not think anything but the mighty Kinetic Blaze, which was fortunately parked in my friend’s garage. Although, the scooter was not in use for about 2 years and hence was in pathetic condition but it was like a dream true for me. The first thing what I did was I bought it from my friend and brought it home to start working on it with my uncle’s help.

After taking the Blaze home in rather more of a wreckage form, Sikandar first dismantled the whole scooter and thrown away all the useless and damaged parts; doing so, what all he left was only the chassis, engine and few fiber panels. Sikandar had a design in his mind to continue and the leftover Blaze was in fact encouraging for him. A naked power scooter was a theme Sikandar always wanted to go for.

The overhauling of a long time discontinued Kinetic Blaze was also not an easy task as the spare parts were really not easy to find, but believing in his idea the Pune boy rebuilt the entire Kinetic Blaze 165cc single cylinder 4-valve engine with installation of performance Clutch, new power Belt, free flow Air filter and NGK iridium sparkplug. To further bring out more power from the already powerful engine he also installed free flow exhaust to the Blaze. 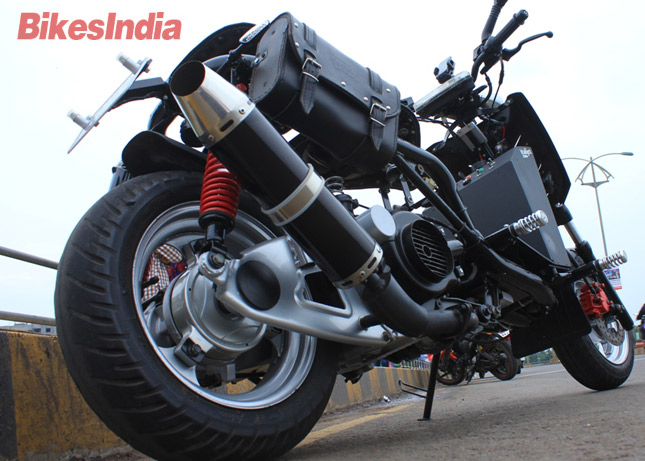 When the heart of the new custom Blaze is done, it’s time for the chassis and the other design elements which ultimately would bring out in realty what was still in the mind of its creator. The stock Kinetic Blaze featured with fuel tank at the back of the body, Sikandar wanted to bring that to the front of the scooter and hence he had designed a leak proof and fire proof fuel tank or that can be called as “fuel box” because of its shape. The biggest challenge was not to build a fire proof fuel tank, it was way more than that, as he also wanted to fit the electrical panel on that fuel box only. 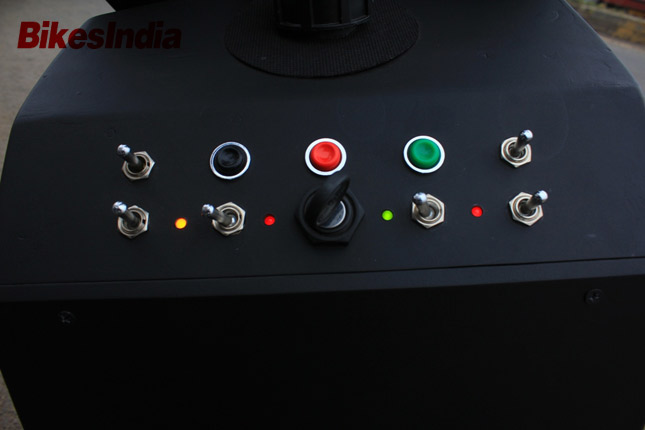 The electric control panel was designed and fitted in such a way that there would be no hazard of short circuit which could lead to a disaster. The other challenge was to conceal the entire wiring loom and that becomes a horrendous job due to the naked design of the creation. Somehow Sikandar and his uncle could successfully do the job with maintaining the aesthetics and the safety concerns.

The Custom Blaze was then finally suspended on the meaty front telescopic shock absorber and dual Nitrox filled rear suspensions for the maximum comfort. To improve the braking of the now very powerful Blaze they have put the twin caliper front disc brake. And to improve the handling of the scoottrete they have coupled it with soft compound radial Michelin tires. 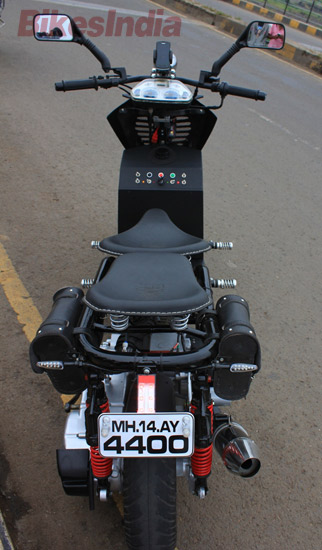 For the final touchups the custom Blaze is now decided to be given an old school thought and it was featured with dual leather side bags and specially designed springer dual split seats. The seat height was deliberately kept low to complement the flat & long handlebar and forward-set front footpegs. The original meter console is smartly integrated to the front of the scooter. There is even a mount for mobile phone on the handle bar, which is smartly tugged into the handlebar clamp. The headlight is now featured with a 3 inch projector with angel eye fitted in a beautiful chrome case and there is also a feature of LED parking light fitted on the front body panel. The blinkers also placed very ergonomically both at the front as well as at the rear and those are slim LED blinkers. 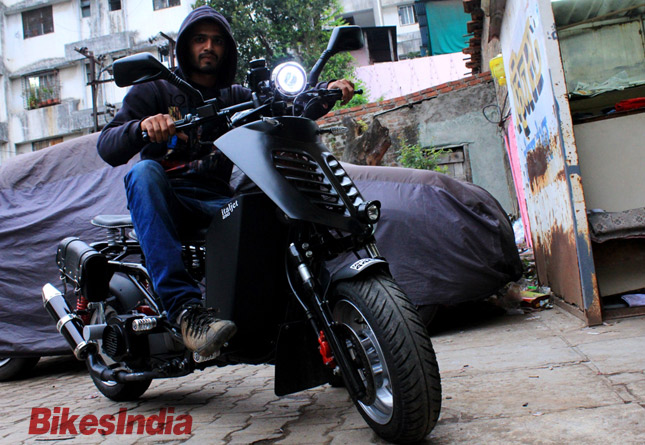 The new custom Kinetic Blaze indeed looks inspired by the Italian “Italjet scooters” but doing the justice to the Italian icon by a young rookie is really very inspiring and certainly deserves appreciation. What do you think about the creativity of a young motor enthusiast? Please do comment in the comment section below and if you also have a story to tell, do share it with us, we will love to put it on a platform where like minded people would appreciate. 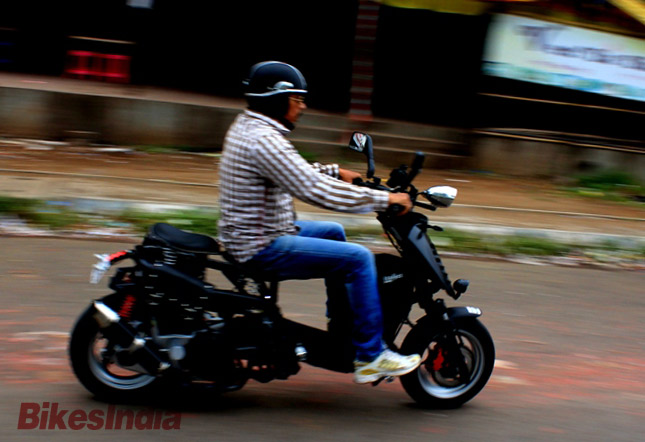 Nov 18, 2017
All new Honda Grazia has got really cool and astonishing looks. The very first look of the scooter somehow reminds us of Honda Dio from the front and the rear end. Actually the whole scooter looks like Honda Activa has worked out, took heavy diet and transformed. Beautiful fine lines and bulky yet aerodynamic front of Grazia mesmerizes the soul.
View all reviews of Scooters