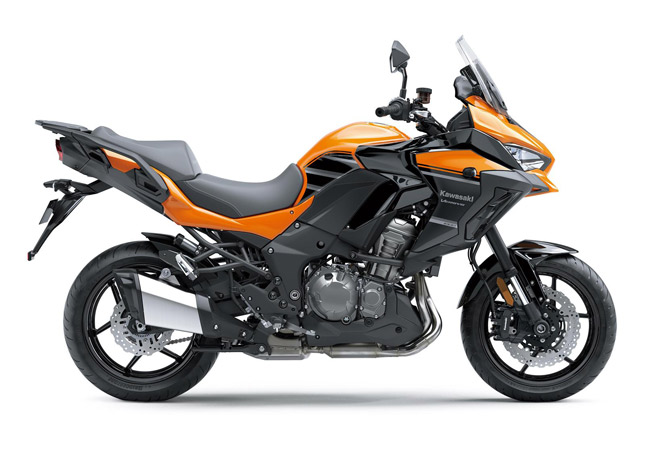 Along with the cosmetic changes, the bike also features a number of mechanical and performance enhancements. For starters, the bike uses ride-by-wire now, spelling the elimination of throttle cables and simplifying maintenance. The Electronic Throttle Valve or ETV also paved the way for Electronic Cruise Control, thus making it easy to tour on this bike.

The suspension setup, both at the front and at the rear offer a plush ride. The bike now monitors its position and stance with the help of an Inertial Measurement Unit or IMU. It allows for the precise use of Kawasaki Intelligent Anti-lock Braking System (KIBS). A three-level Kawasaki Traction Control (KTRC) is also present for an efficient power delivery.

The 2019 Versys 1000 comes equipped with an LCD screen along with an analogue styled tachometer. Almost every information related to the bike including speed, time, RPM, oil-level, temperature and much more can be accessed through the instrument cluster.

The bike is powered by an inline-4 cylinder engine which produces 120 PS of power at 9000 RPM and 102 Nm of torque at 7500 RPM. The engine is connected to a 6-speed gearbox and has a compression ratio of 10.3:1. The fuel injection system consists of four 38 mm Keihin electronic throttle bodies for precise throttle inputs. Although the specs are likely to be detuned on the Indian spec model.

The pre-booking of the 2019 Versys-1000 is underway at your nearest Kawasaki Showroom. However, the first lot of bookings will be in limited numbers and its success will determine the availability of future Versys 1000 models in India. 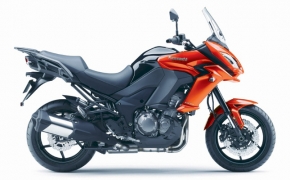 So with the start of the New Year, Kawasaki decides to give us new bike....