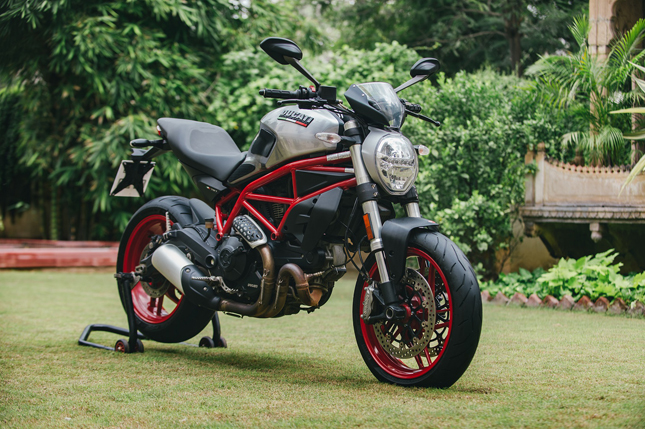 On 14th September 2018, Ducati Monster completed its 25 years of journey in this world. The bike was iconic when it was launched and it still is a unique piece of machinery which sells on the basis of its name as well as the modern engineering which it features. The name of the Ducati Monster was first heard at Intermot 1992, Cologne, Germany. In 1993, it was officially launched in the market.

Since its introduction to the world of motorcycles, the bike has become the ultimate standard to which every naked bike aspires to. The term Naked Superbike is sometimes synonymous with the Ducati Monster and the bike’s elements can be easily seen on several modern, current and upcoming naked motorcycles. Even the 900 cc Harley-Davidson’s upcoming naked model looks inspired by the Ducati Monster. 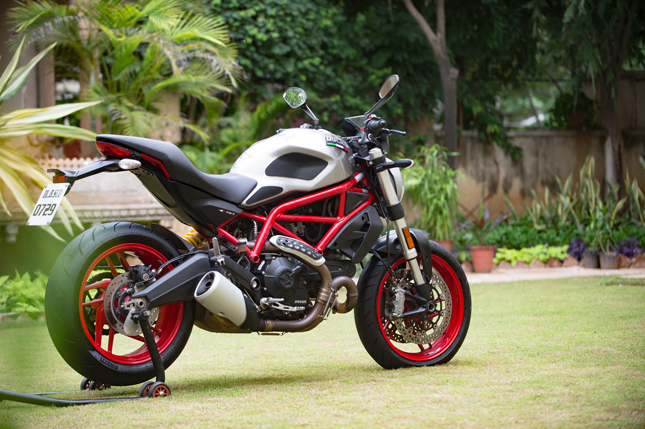 On this special occasion for the company, Rajputana Customs, headed by Vijay Singh and Co., were officially commissioned by Ducati to make turn their iconic Ducati 797 into a custom. They agreed and did a classy custom job over the bike’s tank. The Custom builders knew that they had to make a custom bike by keeping the original charm of the bike intact and that's exactly what they did.

The final bike has a mean looking fuel tank, which pays homage to the 1993 Ducati 797. The colour choice is very subtle and the bike looks very sleek yet aggressive, staying true to it’s “Monster” roots.

On this occasion, Sergi Canovas, MD of Ducati India, said,


Monster is a bike that has become a cult and has been recognized worldwide with love since its inception for its muscular look with the true aesthetics of a naked bike. Rajputana Customs has done a fabulous job at embodying it with details that are meaningful, giving it a striking look. The Monster 797 in the Rajputana Custom Edizione Speciale looks every bit perfect and serves as the appropriate homage to this iconic motorcycle. 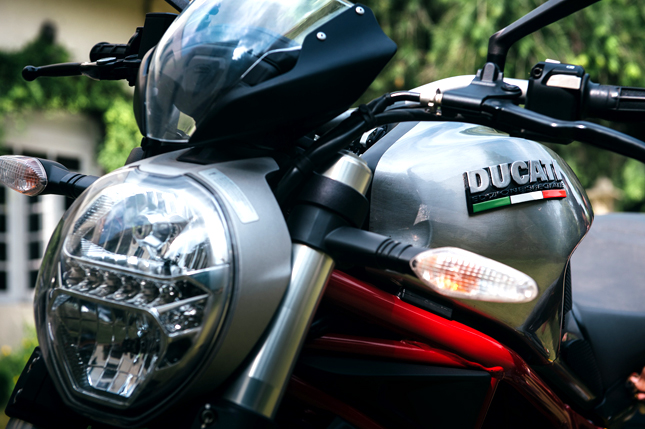 The company recently launched their Ducati Scrambler 1100 in the market which is available in 3-variants. The launch of the new 2019 Ducati Scrambler Icon variant, is also in company’s pipeline.

Ducati also competes in the MotoGP and World SBK Championships. They have an impressive winning record in the later with 17 manufacturers’ titles and 14 Riders’ titles. They also have won the same two titles in Moto GP in 2007. 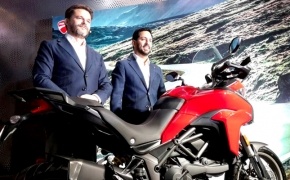 The iconic motorcycle manufacturer from Italy- Ducati has launched all new Multistrada 950 from their... 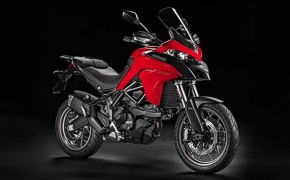 Ducati to Launch Multistrada 950 and Monster 797 on 14th June

Ducati India is going to launch the awaited Multistrada 950 and Monster 797 on 14th...