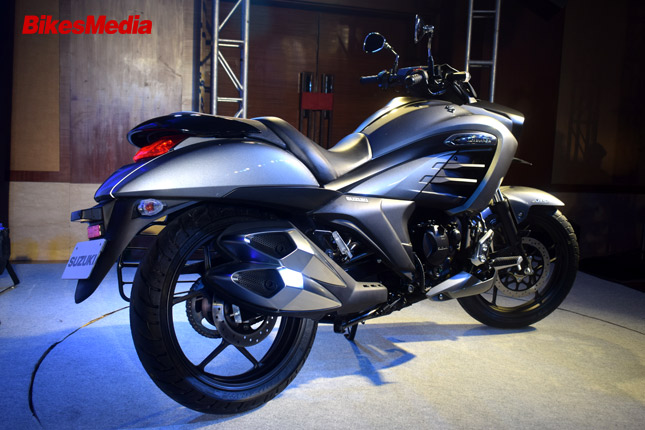 Suzuki Motorcycles India has launched the touted Intruder 150 today at an event held at Capital city Delhi. The mini cruiser was in limelight for past few days and is finally launched. The Intruder 150 is featured with underpinnings shared from the existing Gixxer and Gixxer SF series of Suzuki motorcycles in India.

The design element of the new Intruder 150 is inspired from the mighty Intruder series of cruisers but it is subjective as from certain angles the bike looks over bulbous.

The new Suzuki Intruder 150 is equipped with same 155cc air cooled engine with different tuning; gear ratios are also being changed to justify the cruising ability of the bike. Suzuki has featured the ABS as standard feature on the mini Intruder, whereas the fueling is being done via carburetor only. A Fuel injected version is also expected in near future from the house of Suzuki India.

By: Yetnesh Dubey
(Reporting Live from the event)
Tweet 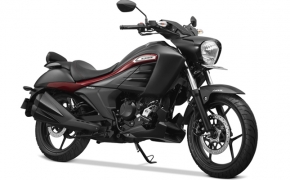 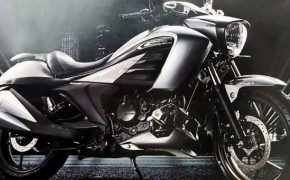