Aprilia unveiled the new Dorsoduro 900 and Shiver 900 recently in India. With the launch of these two motorcycles, Aprilia now has motorcycles across all the ranges for Indian market. The stable now has liter class race bikes, liter class nakeds, Adventure bike, Supermoto and a street fighter. Though the Dorsoduro 1200 is already on sale in India, the younger sibling would be much affordable to a wide audience. Here is an overview of the newly launched Aprilia Dorsoduro 900. 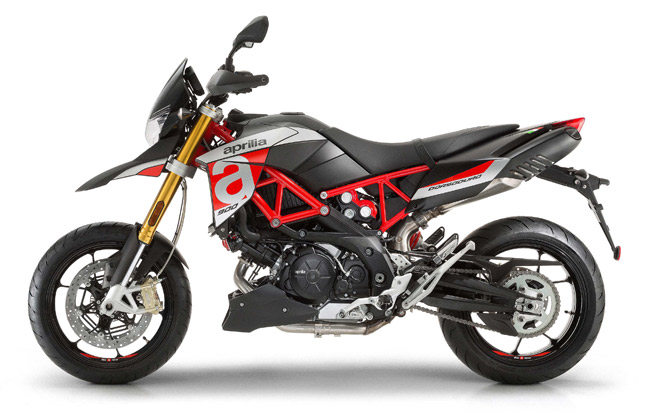 The 2017 Dorsoduro 900 is developed by keeping the Supermoto design in mind. The bike looks compact and nimble at the first glance. It basically looks like a motocross bike with street tyres, brakes, et al. The design philosophy followed is very minimalistic, yet does the job perfectly. The tank is sculpted with a pair of small extensions on both sides. The rear of the motorcycle is also very narrow with pointed tail lamp and chiseled twin under seat exhausts. The bike is bolted on a small, lightweight steel trellis frame with an aluminium subframe making it easier to handle. 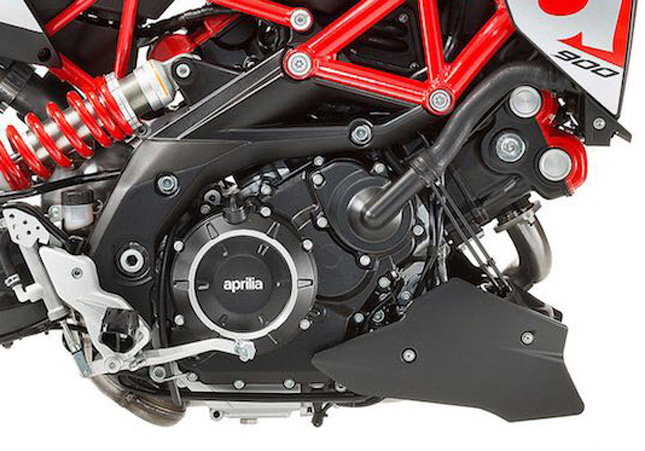 Aprilia Dorsoduro 900 has a 896cc liquid cooled V twin engine which is capable of churning out 95 HP at 8,750 rpm and 90 Nm of torque at 6,600 rpm. The engine has a wet multiplate clutch unit and a standard 6 speed manual transmission. The brand new V90 engine is almost 150cc bigger than the engine featured on the same ongoing models. 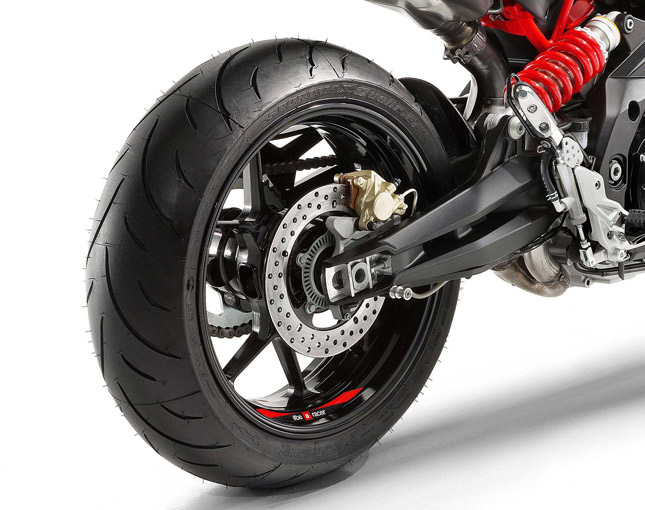 The Dorsoduro 900 has large 320mm dual discs up front with four piston calipers and a single 240mm disc at the rear with a single piston caliper. Suspension duties are carried out by a 41mm Kayaba long travel USD forks at the front and a single mono shock absorber at the back. The motorcycle comes shod with fat Dunlop Sportmax Qualifier rubbers at both ends with profiles 120/70 ZR17 and 180/55 ZR17 respectively. 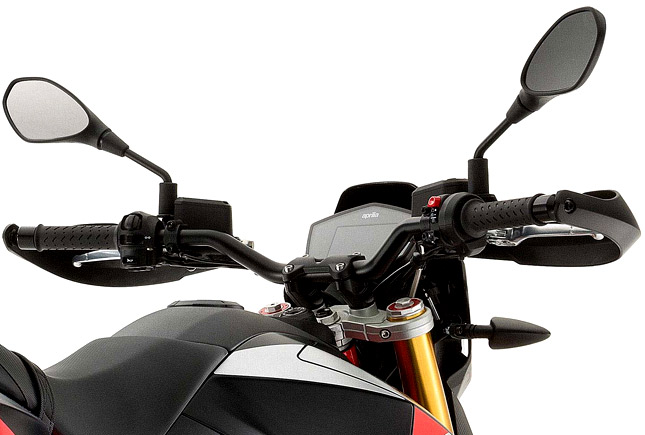 The Dorsoduro 900 comes with a host of electronics like dual channel ABS, multi level traction control, Ride by wire and three riding modes as a part of the standard package. There is also Bluetooth connectivity to control multimedia and other functions coupled with a 4.3" TFT display.

The Aprilia Dorsoduro 900 is a welcome addition to the Italian stable, which joins the very limited list of Supermoto bikes in India. The motorcycle being priced at an introductory Rs. 12,50,000 (Ex showroom Pune) would attract more number of potential buyers, given that Aprilia is known for its quality and brand value.

Reviews of other Aprilia Bikes 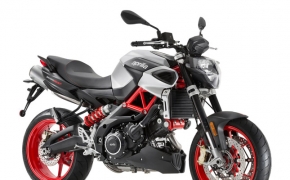 Jun 6, 2017
Aprilia launched the Shiver 900 alongside the Dorsoduro 900 in India, with an introductory price tag of Rs. 11,99,000 (ex showroom Pune). The Shiver 900 is a naked Street fighter motorcycle, that adds up to the list of already increasing Naked bikes. The new updated bike is now light in weight and has more performance, thanks to an all new engine. Here is a quick overview of the Aprilia Shiver 900. 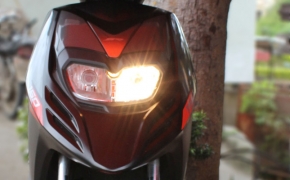 Sep 6, 2016
Without doubt, this is the most powerful scooter I’ve ever ridden and the difference to the other scooters present in the market is instantly noticeable, especially as you cross 70 and the needle refuses to slow down. The 120/70 14” tubeless tyres are the USP of this scooter. I totally fell in love with the front brake! Brilliant is the word. 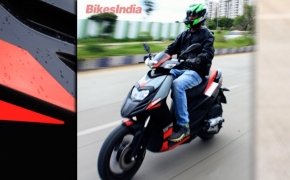 Aug 31, 2016
When a brand such as Aprilia who makes litre class motorcycles, manufactures a scooter of 150cc, you do happen to expect a different sort of a miracle in terms of a perfect machine. Let's see if this Italian war horse holds true to it. 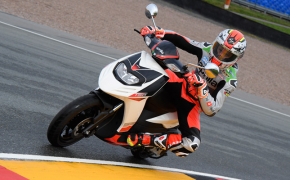 Aug 23, 2016
From every angle the power scooter looks distinctly European, be it the dual headlamps mounted on the apron of the scooter or the class leading 14 inch alloy wheels, everything testifies the Italian DNA of the scooter. Inspired by the RSV1000 of Aprilia the new SR 150 is one beautifully crafted machine. 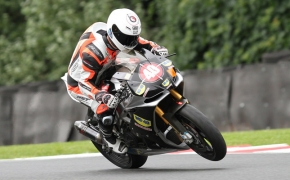 Sep 7, 2015
Today we can see superbikes coming out with new technology loaded and among them the newest entrant in the market is Traction Control. Do not confuse ABS with Traction control as they are both absolutely different and for that very reason this article is here to make sure everyone who loves two wheels understands what traction control is, how it works and how it helps. So let’s just dive into it head on.
View all reviews of Aprilia Bikes