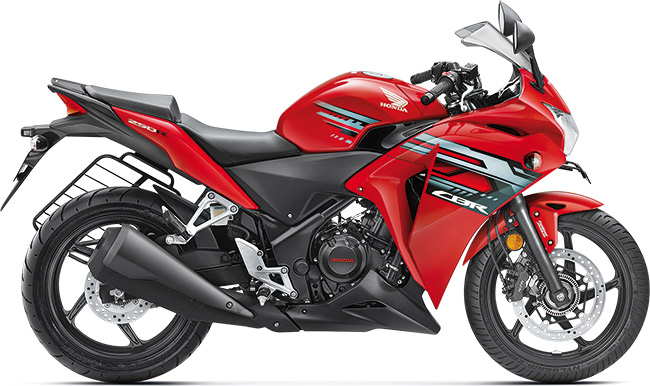 Honda has silently updated their official website with the updated 2015 CBR 250R and CBR 150R, the company had unveiled both the bikes at the “Revfest” which had taken place in the month of August. Although, Honda had also unveiled the “Hornet 160R” at the same event but the potential rival of Gixxer and Yamaha FZ V2.0 is still far from the official launch.

However, the updated CBR 250R and CBR 150R can actually be considered as updated or not is a matter of debate. It was expected from the auto giant that they will update the now age old CBR 250R in India as they had updated the model in the rest of the World with 300cc engine long time back. But ironically Honda has some other plans for one of the largest two wheeler markets of the world.

The new CBR 250R and 150R both retain same underpinnings as it continues from long time, it is only at the cosmetic front or to be precise only at the stickering (graphics) the models are now can be differentiated.

The new CBR 150 R now comes in three new colors- Jazzy Blue (metallic), Sports Red and Candy Palm Green with racing Star graphics featured on the fairing which continues to the fuel tank. On the other hand the new CBR 250R is now available in three new colors- Black, Pearl Amazing White and Sports Red. The Honda CBR 250R (Standard) is priced at Rs 1,60,201 (Ex-showroom, Delhi) and Rs 1,89,208 (Ex-Showroom, Delhi) for the top end model with C-ABS. The CBR 150R is priced at Rs1,23,183 (Ex-showroom, Delhi).

Both the bikes will be available for sale somewhere from the month of January as the dispatch will begin from December onward, but you can book your favorite bike in your desired color by paying Rs 50,000 as booking amount to the nearby authorized Honda dealer.

In a rather disappointing manner Honda Motorcycles & Scooters India (HMSI) has showcased the updated...
View All News