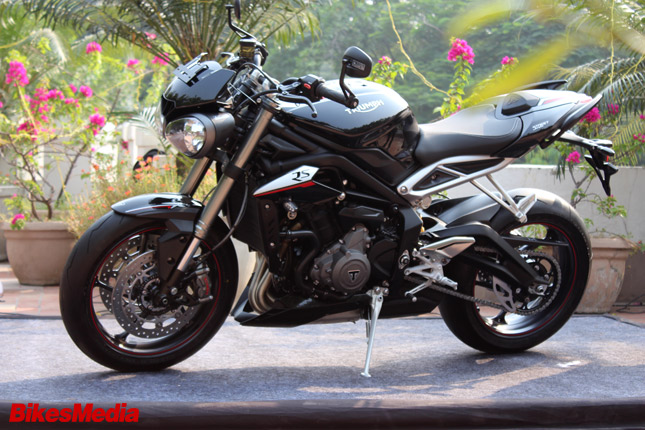 Triumph Motorcycles India launched its much awaited Street Triple 765 RS in India at an attractive price of Rs. 10,55,000 (ex showroom India). The motorcycle is thoroughly updated across all aspects and the design still looks unique and meaty. Triumph has only launched the top variant of the Street Triple which is the 765 RS. The new 765cc motor is highly based on Triumph's new state of the art Moto2 engine which is under R&D development. Here's an overview of the motorcycle discussing the design philosophy, engine characteristics, electronic systems et al. 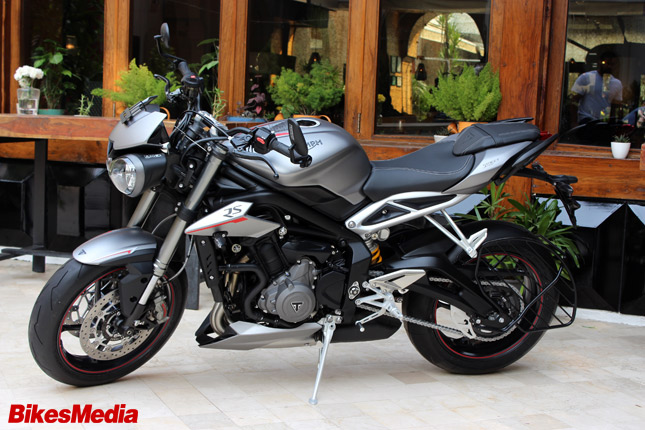 The Triumph Street Triple 765 RS retains most of its design philosophy from the existing model while the curves are more smoother along with a redesigned headlight assembly. The fuel tank is large and sculpted while the handlebar is wide enough like every other modern naked motorcycle. The side profile is minimal with smooth curves and a rear seat cowl adds up to the looks. Tiny fuel tank extenders come shod with the exclusive RS fonts, while keeping the steel frame visible. The rear end is also simple with sharp ending tail lamps and user friendly grab rails. As far as looks are concerned, there isn't considerable changes. 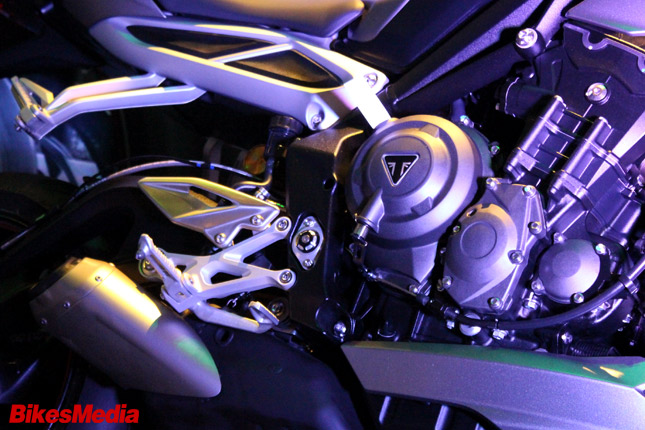 The Street Triple comes with a 765cc liquid cooled inline three cylinder engine which produces a good 123 PS at 11,700 RPM and 77 Nm of torque at 10,800 RPM respectively. The engine produces more power than before and is said to be highly refined. The engine is fueled by multi point sequential EFI with electronic throttle control. Transmission is a standard 6 speed unit while the clutch is a wet multiplate unit and comes with slipper assist. 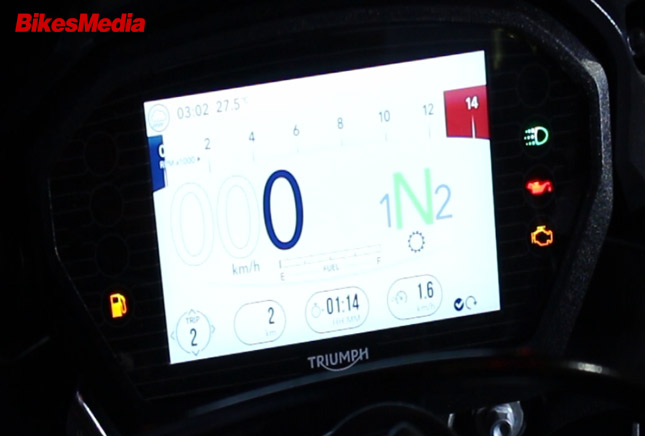 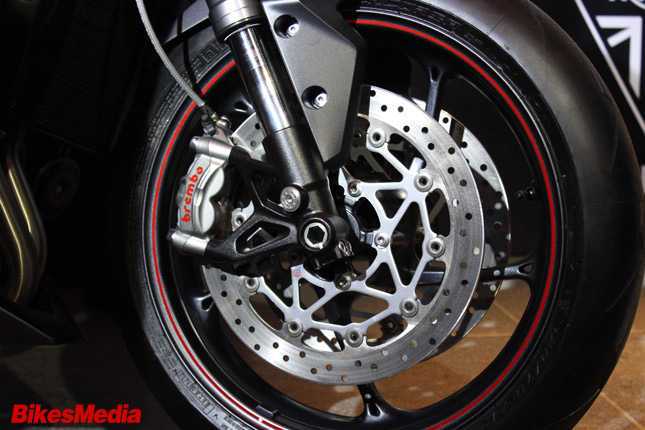 The Street Triple RS comes with best in class equipment which is on par with a few litre class motorcycles. Braking duties are carried out by Brembo M50 dual four piston calipers up front while the rear comes with a single Brembo single disc. The motorcycle is suspended by best in class fully adjustable Showa big piston forks up front and the rear end has an Öhlins STX40 monoshock. The bike has an aluminum beam twin spar frame at the front and the sub-frame is a 2 piece high pressure die cast unit. Swingarm is a conventional twin sided cast aluminum alloy while the wheels are also made up of cast aluminum. The wheels wear super sticky track focused Pirelli SuperCorsa at both the ends. 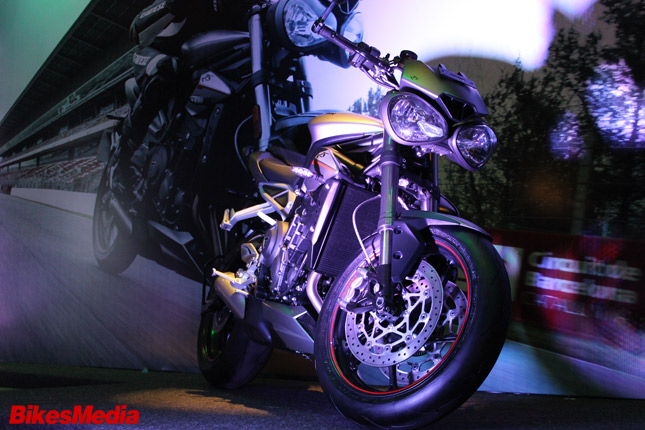 The Triumph Street Triple RS at Rs. 10.55 lakhs is a killer deal, considering the amount of equipment that is provided. Triumph also has a number of additional equipment, all under Rs. 2 lakhs. The motorcycle is launched in two unique colours - Matt Silver Ice and Phantom Black metallic shades. The 765 RS bookings are supposedly full for the allotted number of vehicles until February 2018. For more details one can contact the authorized Triumph dealerships across India.

Aug 10, 2015
When women got hold of two wheels they achieved something great- Freedom. The Freedom to go where they want to, being independent and not relying on men of the house. To really achieve freedom, just a small step is enough to ignite a huge fire. And Bikes did that.
View all reviews of Triumph Bikes