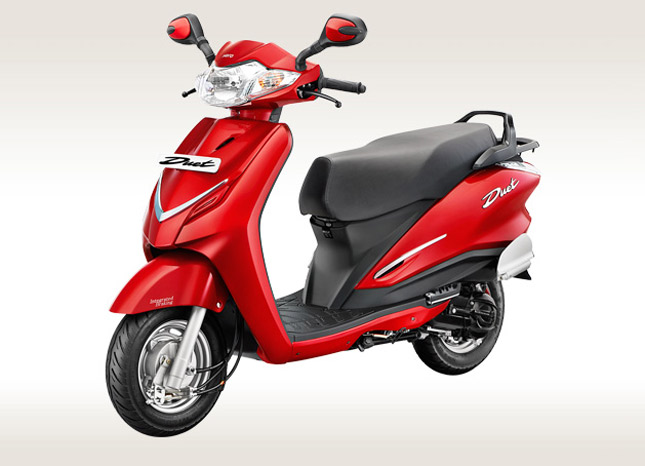 This is the second indigenous automatic scooter from Hero after Maestro Edge. This scooter doesn't resemble Maestro Edge (recently launched by Hero) instead if you look at it, you may think this is facelift of Honda Activa. The front looks of this scooter is very much similar to Honda Activa but the rear can be differentiated due to the presence of fuel cap above the tail light, even the design of tail lights looks like the one in current generation Activa. Its launched in market to eat up some of the shares of Honda Activa, yes its main rival will be the king of Scooters, Honda Activa. This scooter is being packed with nice features that Activa misses, which we will discuss later here.

The best thing about this scooter which very limited scooters posses in market today is that, this scooter has metal body. This scooter looks gorgeous with eye-catching colours and its design is very neat with nice edges. The new Duet doesn't look very different from other scooters in market or it will not amaze you when you look at it (as it was in case of fascino). Its a beautifully designed scooter with curved back light and the use of chrome in exhaust makes it look good. 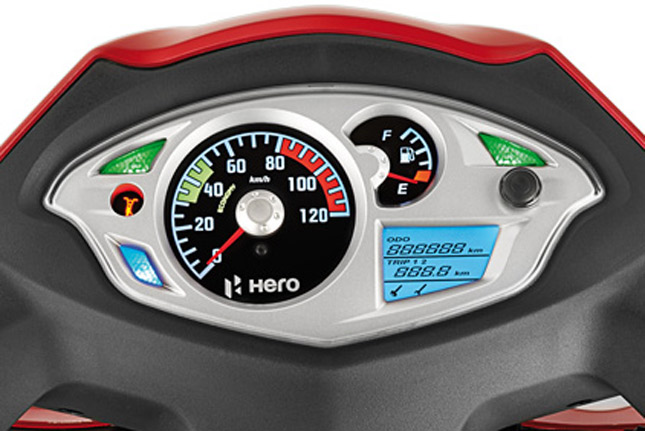 The best feature of this scooter is the presence of metal body which makes it more durable and solid than other scooters. It has mobile charging port with boot light under the seat , it has external fuel cap which saves your extra work of opening the seat every time you go to refill fuel (though it is a common feature offered by many scooters now), the scooter has telescopic front forks which will make your ride comfortable, the console looks neat and also has a small digital meter which displays ODO, trip, service due indicator, etc. Hero Duet has tubeless tyres and the braking department is taken care by drum brakes at both the end, it has Integrated Braking System which we have seen in Hero scooters before also.

It has the same engine which Hero has used in Maestro Edge. The engine produces same number of power and torque which we have seen in Maestro Edge. Its 110.9cc air coooled, 4-stroke single cylinder OHC engine produces a power of 8.31 Bhp @8000 rpm and torque of 8.30 nm @6500 rpm. The power and torque is decent, as we have seen in most 110cc scooters. It is indigenous engine developed by Hero Motocorp. 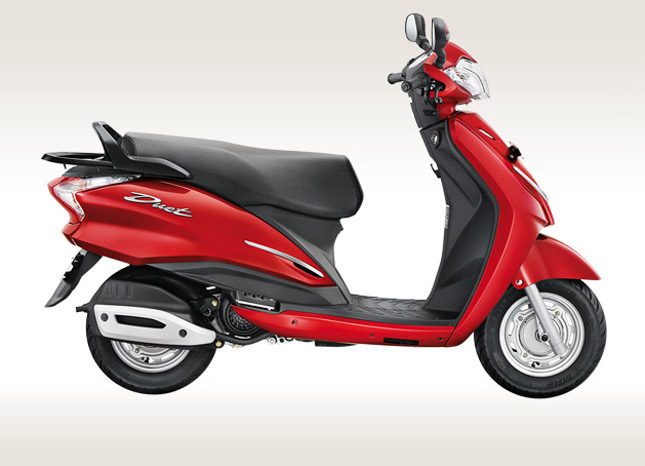 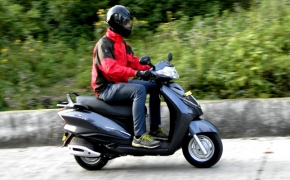 Sep 17, 2016
The Hero Duet is one of those two scooters, which we are going to review today. Let’s find out how Hero has taken the advantage of their age old experience with Japanese giant.