Sometime ago Ducati launched its middleweight contender the 'Scrambler' and unless you were living under a rock for the past 2 years you would be aware that the bike sold pretty well, more than 30000 units and still counting. Now the Ducati Motorcycles is trying to build on the Scrambler brand by launching the all new 'Scrambler Desert Sled'. It isn’t just a SCRAMBLER with off road tyres and increased height; it’s practically a new bike. So let’s see what the R&D at Ducati has come up with to carry the already successful Scrambler brand to new heights.

Off Road At First Sight: 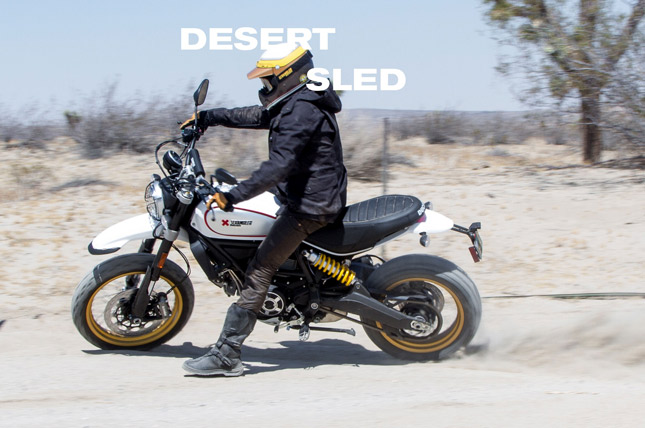 With the first look, the only word that comes to mind is “TALL”. How tall you ask? Remember how the last scrambler felt a little more or less like a toy this doesn’t. It feels intimidating with 46 mm fully adjustable front forks and a bump in the seat height from 719mm to 860mm and an even longer rear suspension. To give it a true off road feel DUCATI has added extra 2 inches of suspension travel on both ends to absorb any debris, bump and pothole; in short, it is the only international bike ready for normal Indian roads.

Only the engine and the fuel tank are the features that resemble it to the SCRAMBLER bloodline. The rear wheel looks skinnier for better off roading. The high placed mudguards both at the front and the back, foot pegs, silencer are all newly designed. The bike retains enough to connect it to the SCRAMBLER but it has a lot of new components to establish itself as an entirely new bike. 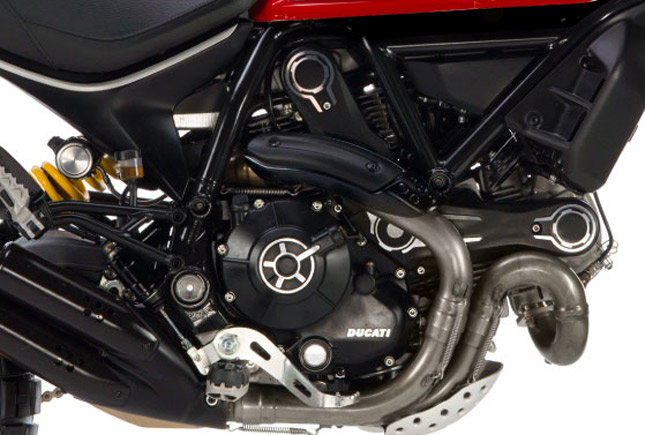 The engine is the same 803 cc air cooled fuel injected 2 valves L-twin. Tweaks have been made to make it BS-IV complaint but despite that, the engine’s performance remains same. The power is 75 horses @ 8250 rpm & the torque is 68 NM which kicks in early @ 5750 rpm. The engine is coupled with a 6-speed gearbox. For the rider assists, it only gets ABS (BOSCH 9.1 MP) which can be disabled. No Ride By Wire or Cruise Control is available on the bike. The spoke wheels are covered with specially designed tyres by PIRELLI named SCORPION RALLY STR with 120/70 for the 19-inch front spoke & 170/60 for the 17-inch rear. The tyres are designed to perform in both the dirt and the tarmac.

The bike has a long wheelbase of 1505 mm to provide better stability and ample of room for the swingarm to move around. The bike has a fuel capacity of 13.5 litres and a mileage of 20 kilometres per litre. THE Desert Sled weighs in at 207 kg wet and hosts a tubeless steel trellis frame. The braking unit is of Brembo which include a 330 mm disc at the front with 4 piston caliper and 245 mm disc at the back with a single floating caliper both support ABS. The console is fully digital with all the necessary information including a speedometer, tachometer, odometer, trip meter, clock, ABS indicator and fuel gauge.

Hostiles In The Desert: 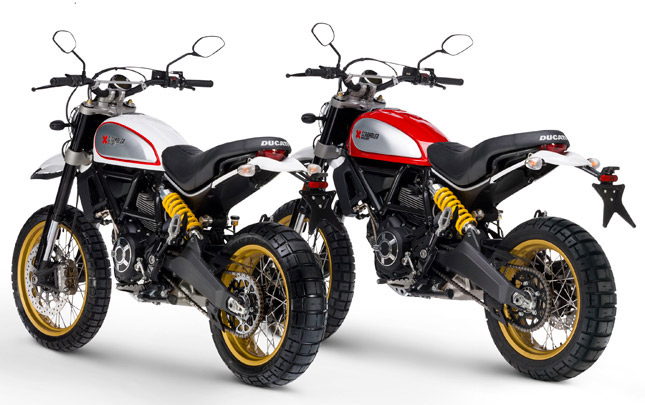 Though the price range in which the Ducati scrambler finds itself in, there is no actual competition for it, as there is no other true off roader in this range but bikes like The Triumph's Street Scrambler or the Harley Street ROD 750 can act as its competitors as most of the people who will buy this bike are going to spend most of their time on the tarmac. 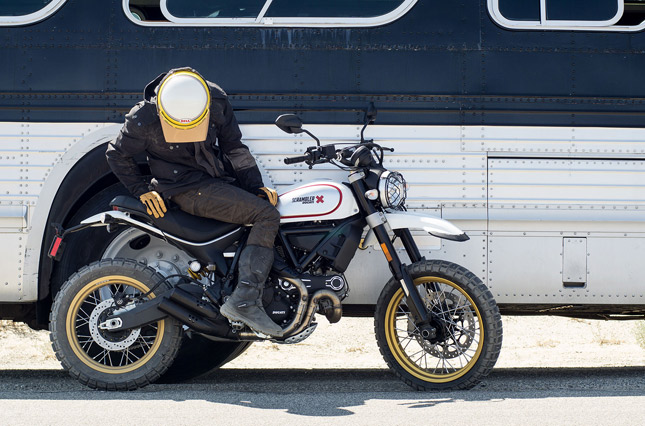 The Ducati has somehow transformed its original Scrambler into a truly capable off road machine with top of the line features and has managed to create a new segment with its Desert Sled. But what remains to be seen is how far can these off road capabilities take this bike in real world conditions and how well does it fare in the Indian market. The Ducati Scrambler Desert sled has been priced at Rs 9.32 lakh ex-showroom for the Red Musk variant and Rs 9.45 lakh for the White Mirage shade.

Jun 21, 2017
The word Multistrada is Italian for 'many roads '. The motorcycle is designed to handle all kinds of road conditions, be it normal roads or off roads. The motorcycle is a hybrid of a supermoto and a sports touring machine. The motorcycle looks completely different when it is seen in flesh, it looks so damn huge, and masculine and can be an eye grabber the next moment it passes you. Ducati launched the Multistrada 950 on 14th June 2017 in Delhi at a price tag of INR 12.60 lakhs.
View all reviews of Ducati Bikes