Ducati Panigale V4R was one of the most highlighted bikes at EICMA 2018. It is an upgrade over the Panigale V4 S, which was released several months ago. However, as its name suggests the V4 ‘Stradale’ was not homologated for the World Superbike Championship, something the fans were eagerly waiting for. That’s why Ducati V4 R exists today, with its smaller engine, increased power and a legal status for the WSBK. Here are 10 important things that you need to know about the 2019 Ducati V4 R. 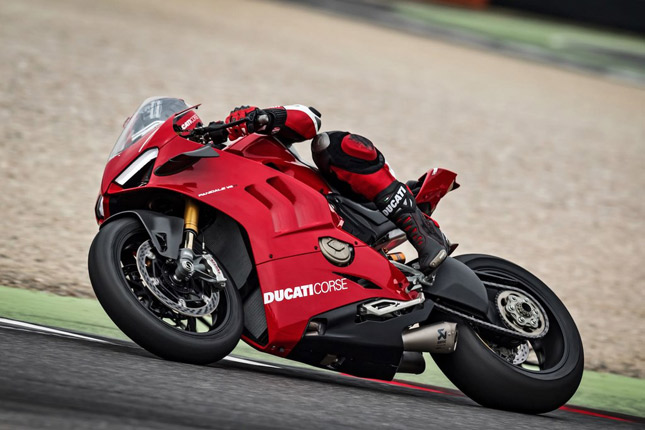 4: Lighter engine: The new engine uses Titanium conrods and intake valves along with forged steel crankshaft with reduced stroke. Lighter engine components mean more easily they can be turned. As a result, the redline of the bike is placed at 16000 RPM. The engine also has an improved compression ratio and offers even better refinement levels due to a counter-rotating crankshaft.

5: Power Bump: In stock mode, the 998cc engine makes 221 HP, which can be further increased to 231 HP with the help of a Ducati performance exhaust from Akrapovic.

6: Carbon-Fibre wings: Probably the most head-turning feature, are its wings, which are placed on the engine cowl on either side. They are made out of carbon fibre and are designed to reduce the intervention of onboard electronics. 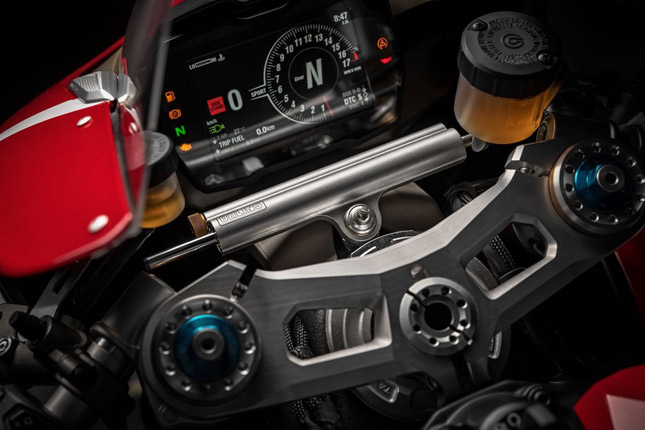 7: Ohlins everywhere: The front and rear suspensions are fully adjustable, delivered Ohlins. The steering damper too is supplied by the same company, for maximum synergy.

9: New Riding Modes: There are 3 riding modes, namely Race, Sport, and Street. Full 221 HP is available in all the riding modes, only the level of electronic intervention differs. Race mode will allow you to unleash 221 horses without any intervention while the street mode will have the maximum amount of intervention on your riding.

10: A pit limiter switch: The Panigale V4 R is so race focused that it even comes with a pit-limiter switch. Its job is to limit the bike’s speed to 80 Km/h, so the bike can easily be ridden in the pit lanes. 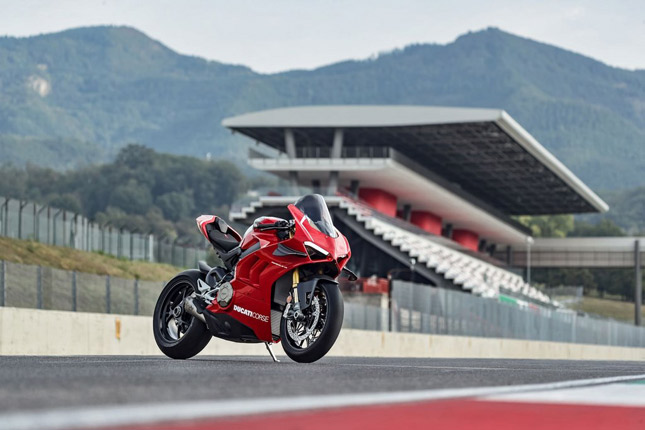 Without a doubt, the Ducati V4 R is a track bike with headlights. It is legally homologated for the WSBK and is likely to make its debut in the coming year. Kawasaki has had the upper hand since the last 4 seasons, and their rider, Jonathan Rea is on a roll with more than 50 wins under his belt. Thus it’d be nice to see the Ducati, rising up to the challenge once again.
By: Yetnesh Dubey
See full details of Ducati Panigale V4 »
Tweet

Jun 21, 2017
The word Multistrada is Italian for 'many roads '. The motorcycle is designed to handle all kinds of road conditions, be it normal roads or off roads. The motorcycle is a hybrid of a supermoto and a sports touring machine. The motorcycle looks completely different when it is seen in flesh, it looks so damn huge, and masculine and can be an eye grabber the next moment it passes you. Ducati launched the Multistrada 950 on 14th June 2017 in Delhi at a price tag of INR 12.60 lakhs. 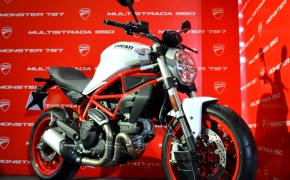 Jun 18, 2017
Ducati India unveiled its most affordable offering, the Monster 797 at a very attractive price tag of Rs. 7,77,000 (Ex showroom Delhi). The new Monster 797 replaces the very familiar discontinued yet superb Monster 796. Alongside the Monster, the smaller and less expensive adventure motorcycle- Multistrada 950 was also launched. Here is a quick overview of the new Monster 797 in terms of looks, performance, equipment and pricing.
View all reviews of Ducati Bikes