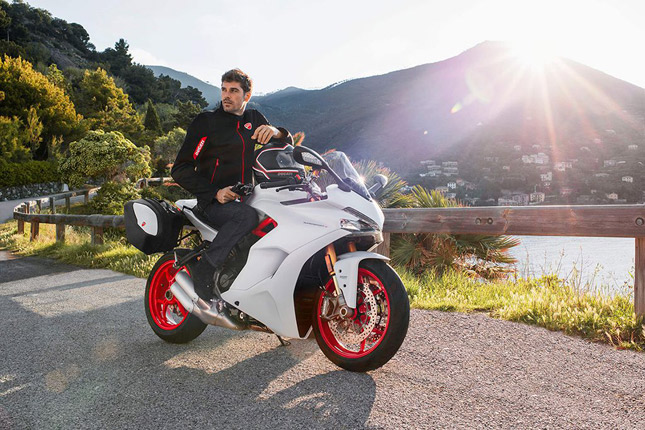 The Supersport is now the seventh new model from Ducati been launched this year. Here's an overview of the Supersport and Supersport S in terms of looks and design, engine, performance, electronics and equipment.
Read Full Review » 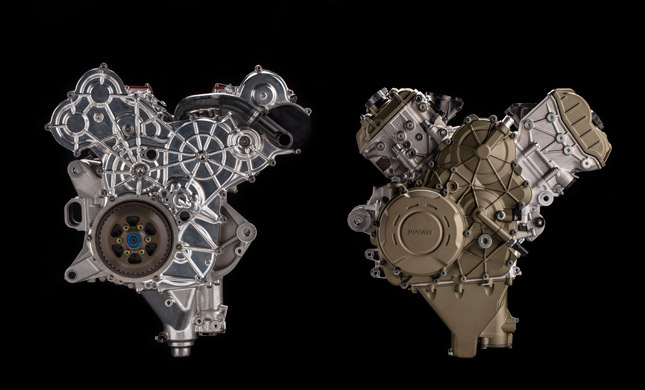 The all new Ducati Desmosedici Stradale V4, just the name of this thing makes it sound like the big monster created by an insane scientist. The engine weighs in at just 64.9 kg; Desmosedici Stradale is just 2.2 kg heavier than super Quadro twin which has a cubic capacity of 1285 cc. The origin of this engine has its roots in the soul Ducatis of V4 MotoGP engine. The dimension and the geometry of its cylinder heads are identical in both the GP version and this engine.
Read Full Review » 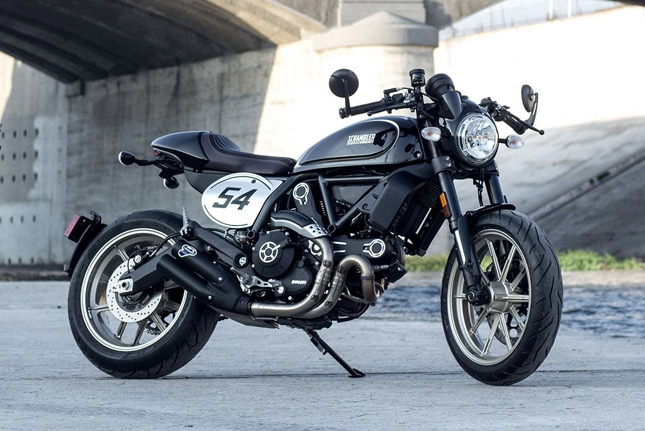 Ducati has launched yet another iteration of their much popular Scrambler in the form of a Café Racer. The motorcycle is designed completely retro styled along with all those modern touches like ABS, USD forks, large Brembo brake calipers and sticky Pirelli Diablo Rosso II rubber. Here's an overview of the newly launched Italian motorcycle.
Read Full Review »

It isn’t just a SCRAMBLER with off road tyres and increased height; it’s practically a new bike. So let’s see what the R&D at Ducati has come up with to carry the already successful Scrambler brand to new heights.
Read Full Review » 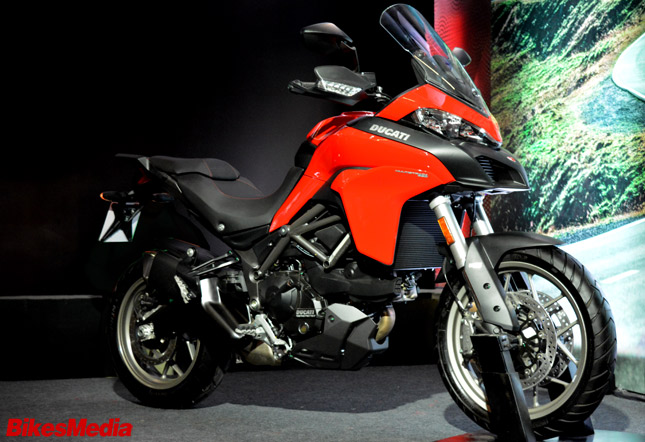 The word Multistrada is Italian for 'many roads '. The motorcycle is designed to handle all kinds of road conditions, be it normal roads or off roads. The motorcycle is a hybrid of a supermoto and a sports touring machine. The motorcycle looks completely different when it is seen in flesh, it looks so damn huge, and masculine and can be an eye grabber the next moment it passes you. Ducati launched the Multistrada 950 on 14th June 2017 in Delhi at a price tag of INR 12.60 lakhs.
Read Full Review » 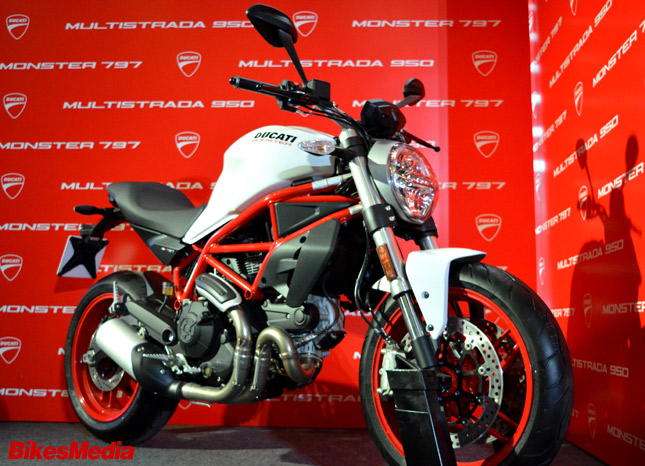 Ducati India unveiled its most affordable offering, the Monster 797 at a very attractive price tag of Rs. 7,77,000 (Ex showroom Delhi). The new Monster 797 replaces the very familiar discontinued yet superb Monster 796. Alongside the Monster, the smaller and less expensive adventure motorcycle- Multistrada 950 was also launched. Here is a quick overview of the new Monster 797 in terms of looks, performance, equipment and pricing.
Read Full Review » 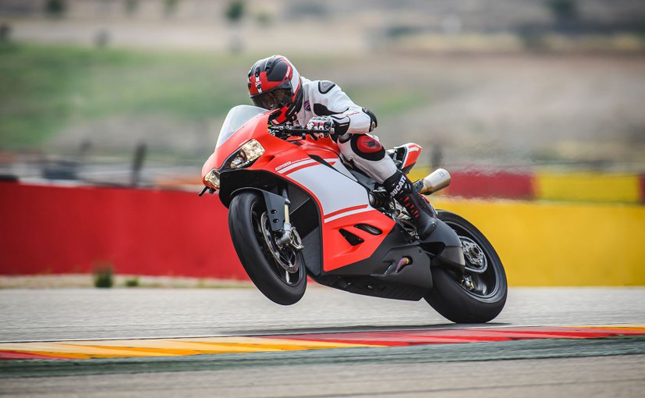 "The Ferrari on two wheels"- Ducati has unveiled its most powerful Road legal twin cylinder bike in the form of 1299 Panigale Superleggera. What makes this bike so special is that, it's almost same as the bike ridden by Chaz Davies in the WSBK Championship. Ducati claims this to be the most technologically advanced production Superbike, thanks to the WSBK Homologation regulations. Only 500 of it will be ever produced and Ducati India has officially launched the motorcycle here, which will be built on orderly basis. The motorcycle retails at a sky high Rs. 1.12 crore (ex showroom) in India.
Read Full Review »

What Are Dry Type Clutch Used In Motorcycles 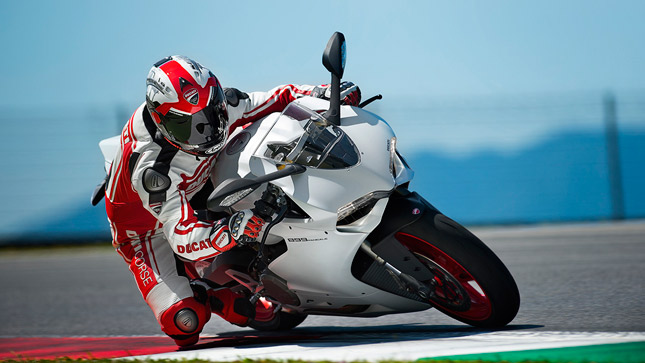 Dry type clutch is very rare in motorcycles. Only a handful of companies like Benelli and Ducati make them on their bikes and there is a pretty good reason for it. There are many myths about dry clutches claiming that they have a lighter clutch action which is totally false. It all depends on the inner coil springs of the clutch from where the heaviness of the clutch comes from.
Read Full Review »

How It Feels Living With A Superbike 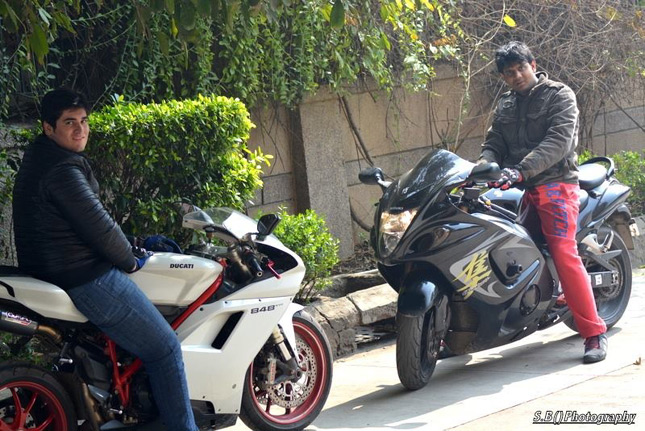 Riding a superbike is a very demanding and engaging affair. The bike demands your full attention right from the start when you start the engine. In Delhi, where temperatures reach up to 40 degrees on a sunny day, think of riding the Ducati with leather jacket and jeans and being stuck in traffic or finding yourself at red lights waiting for the signal to turn green. This was my daily routine while going to the college on the Evo.
Read Full Review »
1-10 of 10