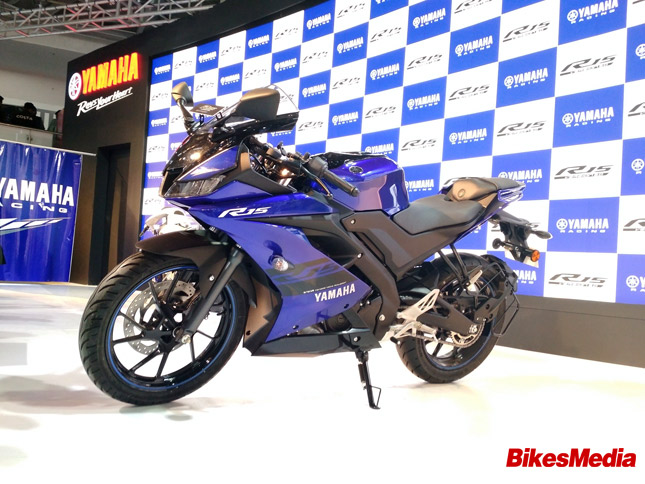 Yamaha Motor India has launched much awaited YZF R15 Version 3 at the ongoing Auto Expo 2018. The biennial auto event has kicked off today where the first two days are kept exclusive for media. The Popular Delhi Auto Expo 2018 will be opened for the public from 9th till 14th of this month. Amidst lots of new product launch and showcase of multiple concept vehicles from the prominent auto manufacturers of the country the expo has started with style.

Yamaha has launched the updated version of the R15 which is already been launched at the other parts of the world and better known as R15 Version 3. The bike comes equipped with R1 inspired fairing and twin LED headlights along with LED Tail light. The updated R15 V3.0 is featured with brand new Deltabox frame for greater stability and control. Unlike the international R15 V3.0 model where the front of the bike suspended on expensive USD fork the India version is equipped with regular Telescopic Shock Absorber.

The new YZF-R15 V3.0 is powered by a 155cc, SOHC, 4-valve, liquid-cooled, fuel-injected engine which is capable of producing 19.3hp of power at 10,000 rpm. The motor runs on high compression ratio (11.6:1) and features with a lightweight forged aluminum piston. The mill is mated to a 6-speed gear transmission that also features slip clutch. Among other features there are a fully digital meter console with a gear-shift indicator and a connector for USB charging. Yamaha has priced the new updated YZF R15 Version 3.0 at Rs 1.25 lakh (Ex-Showroom). 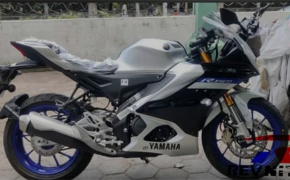 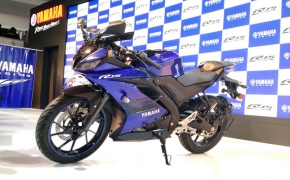 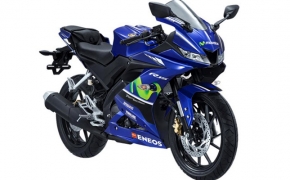