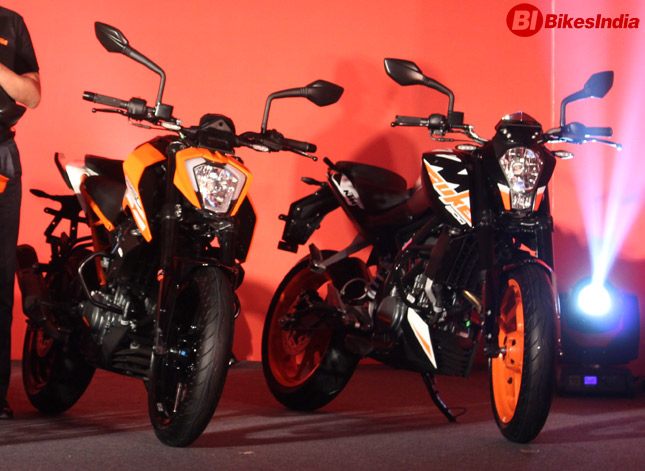 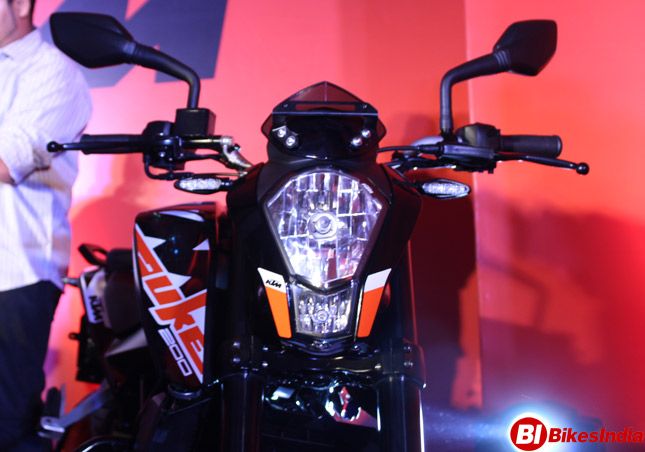 This was quite the downer when we received the news, but the new KTM Duke 200 does not receive the new LED headlamp on the Duke 250. KTM might have proceeded with the older version maybe to keep the cost down, but we feel that the Duke 200 could have used the newer version of headlamps to maintain the uniformity with the Duke lineup. The older headlight is not bad either, but the LED unit has its own advantages in terms of illumination and power consumption. I guess the new buyers of the Duke 200 might not have minded the small premium for the newer headlight unit. Expect major aftermarket upgrades though. 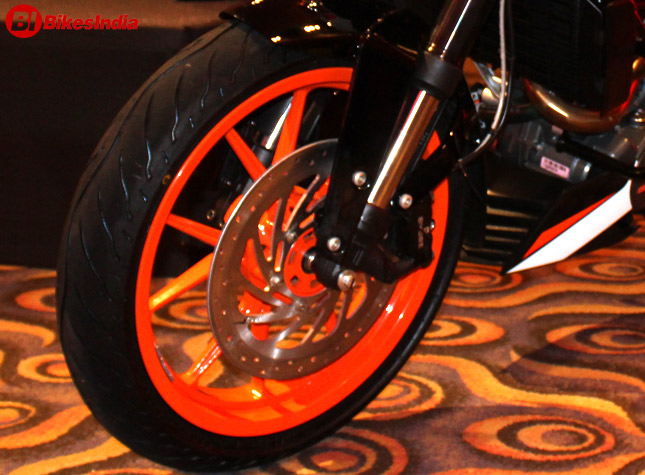 The new Duke 200 carries the same 280mm rotors on the front as compared to the 300mm units on the Duke 250. The stopping power though is sufficient from the 280mm discs on the Duke 200, yet, with the availability of MRFs instead of a softer compound option, the Duke 200 could have made good with the 300mm discs being made available on it. 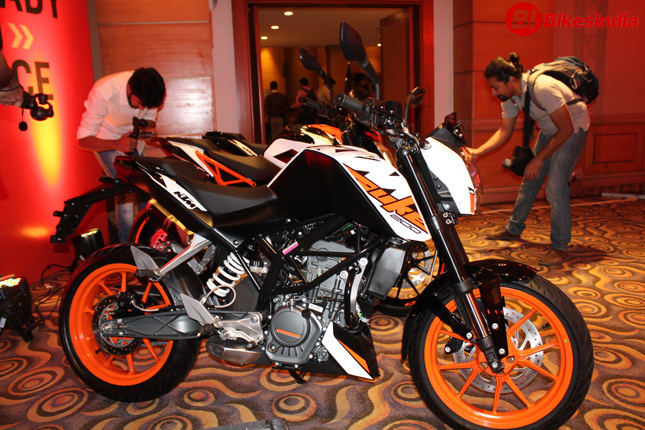 The Duke 200 makes do with the usual trellis frame chassis instead of the dual tone version (with split sub frame)on the Duke 250. The Duke 250 chassis is designed keeping in mind the extra stress it has to handle owing to the higher amount of power on tap when compared with the Duke 200. This is also a cost control mechanism for KTM to keep the bike as an attractive package. 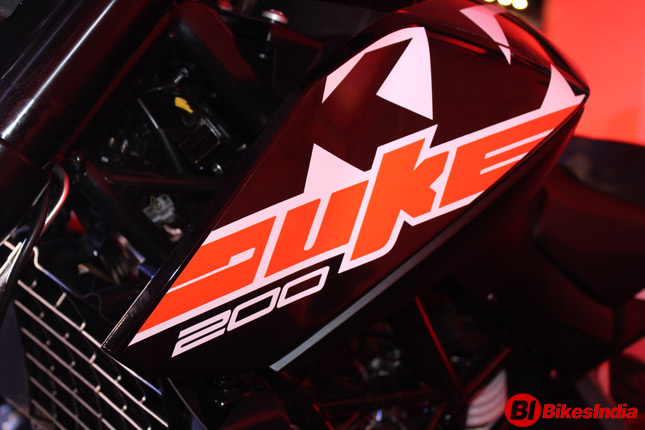 The Duke 200 misses out on the slipper clutch too which is present on the Duke 250. The high amount is power is expected to provide a bigger lock up on aggressive downshifts when compared to the Duke 200 and hence KTM has decided to give it a skip on the Duke 200 owing to lower amount of power on offer. 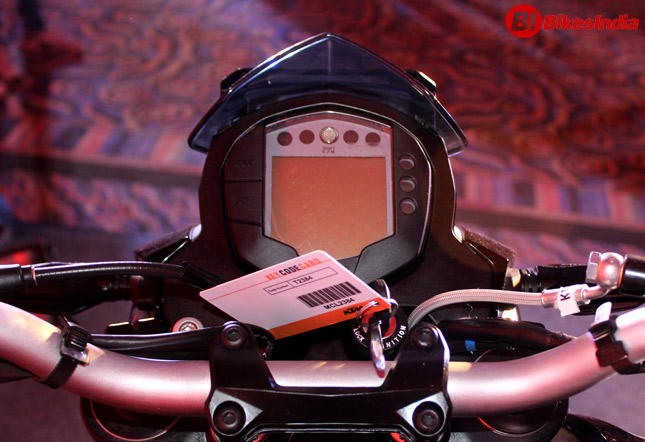 The Duke 200 continues with the same colour options and paint scheme as of the previous generation, while the Duke 250 receives a new paint scheme and is available in two colors, orange and white. The Duke 200 could have used some new livery for itself, but cost cutting showed its disappointing face yet again. 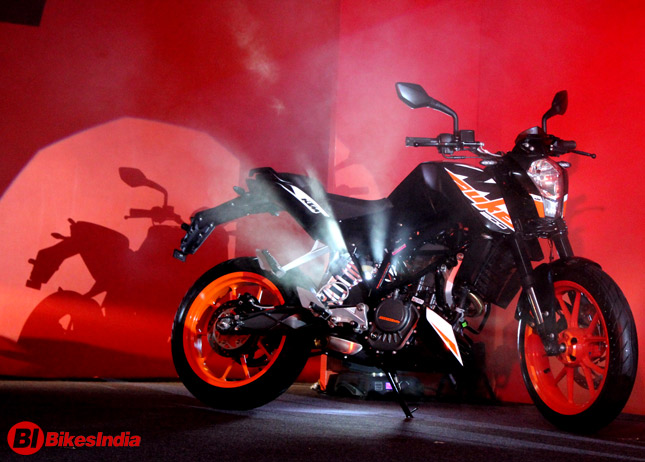 To meet the BSIV standard, the Duke 250 comes with a side slung exhaust for the larger catalytic convertor required to meet the emission standards. The Duke 200 still continues with its Underbelly Exhaust as it meets the said requirements even with the underbelly exhaust. This helps in better weight distribution and mass centralization for the Duke 200, but KTM have ensured that the side slung exhaust is attended to and does not cause any riding issues.

It might seem that KTM has given the Duke 200 a lot of misses when compared to its larger sibling, the Duke 250. But it needs to be considered that KTM is making the Duke 200 available for the same cost as the previous version. There is no price revision for the Duke 200. On the other hand, the Duke 250 is a completely new bike and KTM was hence able to provide new bits to the bike and yet price the bike competitively. 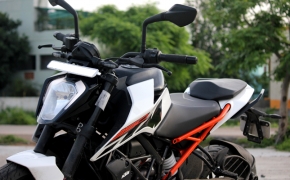 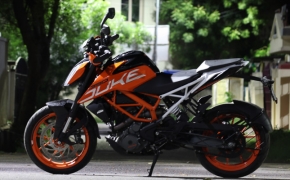 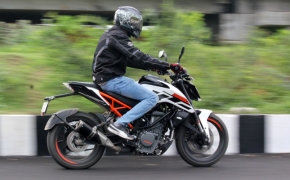 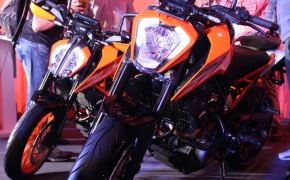 Mar 7, 2017
KTM did quite a number on the Indian biking fraternity by launching the Duke 250 out of the blue. It is quite interesting that the KTM Duke 250 is a viable option for the Indian market, but the RC250 isn’t; but more on that later. We are here to compare the Duke 390 and the Duke 250 and see what is different.
View All 6 KTM Duke 250 Reviews