First of all, let me apologize for not writing anything in such a long time. Now with that out of the way, let’s talk about the Pulsar 180F and why it sucks. It is clear to see the intent behind the Pulsar 180F, it is exactly similar in design with the Pulsar 220F. There is no difference between the two other than the exhaust and the single channel ABS option.

Pulsar 180 (the naked one), was never doing good in the market. Its design history has two participants, Pulsar 200 and Pulsar 220. The original design of the Pulsar 180 was first used in Pulsar 200, a short-lived naked pulsar which was put to rest only a few years into its production. However, it gave rise to Pulsar 180 and subsequently to Pulsar 220F. While the former was a less powerful and more affordable version, the latter was a more powerful but still an affordable bike.

But the design of the Pulsar 180 was something which couldn’t be allowed to go to waste. Pulsar 220F and Pulsar 180 share the same seating position and ergonomics and it works out for the Pulsar 220F perfectly fine. So officials at Bajaj thought that they should upgrade the Pulsar 150 as well with a similar design. So they took a Pulsar 180 and installed the 150cc engine in it. Sales of the new “Twin Disc” pulsar grew which brings us to the present day.

Since the design rehash formula worked wonders for a motorcycle which has already captured a big portion of the 150cc market. It should definitely work for a bike which hasn’t even begun competing on the same level as its siblings. So Bajaj decided to use the design of the Pulsar 220F and put the 180cc engine in it. The sad part isn't that they are diluting the image of Pulsar 220F, but they are also doing the right thing economically.

The sad reality is that not everyone who buys a Pulsar is a hardcore biker or even a motorcycle enthusiast. He is a normal everyday Indian looking to buy a good product at an affordable price. The design of the Pulsar 220F was loved by many but the budget constraints made it difficult for several people to buy it. However, with the Pulsar 180F, people will get the same design they always wanted and Bajaj will get to sell a product which has been until now, just sitting on the shelf collecting dust. 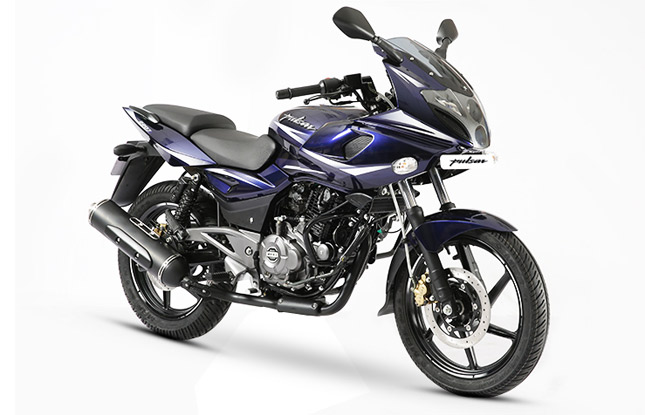 It’s a win-win for all instead of the fans. The design of the Pulsar 220F became famous not because it was a really good looking motorcycle, looks are subjective but performance isn’t.

In the end, the total economic benefit defines the bottom line. If Bajaj thinks that they can move their product faster by this move then they’ll keep doing it. In a world where multibillion consultancy exists just to help you shave 3% off of your manufacturing budget, Bajaj upsetting the fanboys is hardly any news. And that’s why the Bajaj Pulsar 180F sucks.