You might be thinking of 3G, wait 3G? Is this some network or something? Well NO, that's the name of Honda's latest scooter actually, the Honda Activa 3G. Yes, it's not a network but the 3G means third generation. We got our hands on this updated leader of the segment and we took it for an extensive Test Ride, so let's see how this performs.

The Activa 3G looks good, so the changes we can easily find first is the new 3D logo instead of the stickers that the previous models got. The front styling and the edgy side panels have been updated and it does make it stand out in the crowd. Coming to the rear end, the tail lamp is also updated and is bigger, looks similar to that of Activa 125. The engine cover too looks different. Overall, it looks good from the outside. 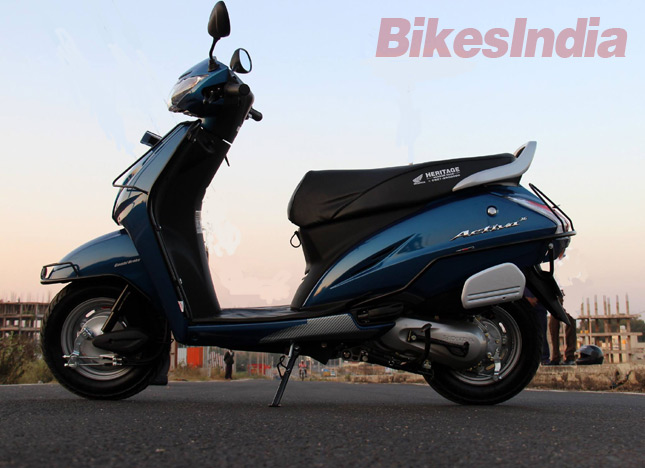 There's nothing much to speak over here as the instrument cluster remains the same showing an analogue speedometer and fuel gauge, turn indicators and high beam. The quality of the switchgears is also good as usual. 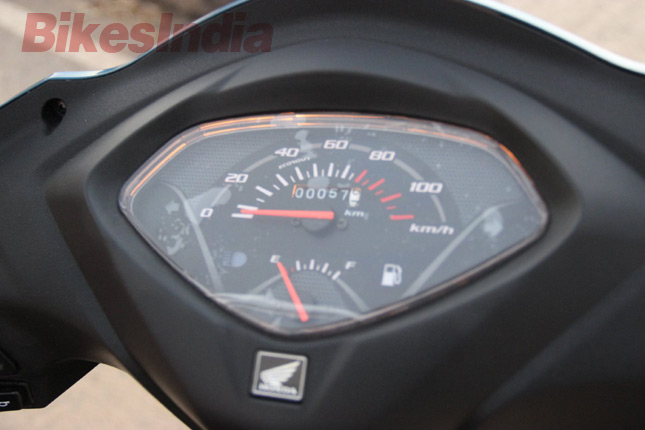 Well, we tried to get it ride as hard as we could to check its handling and it seems a reasonably decent handler. One thing that disappointed me here was that the Activa 3G doesn't get the Telescopic shock absorber as of its bigger sibling- Activa 125, which is a huge let down. Other than that, there are no noticeable change spotted as Honda prefers to keep going what is already tried and tested.

The Handling is another area where the Activa 3G scores. The Activa has always been known for its comfortable seating which is good for both the rider and the pillion. The cushioning on the seats are good. The handle bar to seat distance is also very convenient. The under seat storage is 18 ltr and that is sufficient to store a full face helmet. 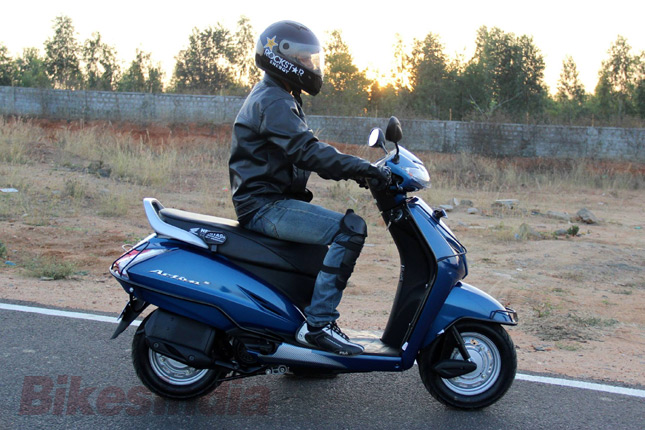 Now we are talking but again going by my above words, the Activa 3G has just refreshed exteriors but internally it has the same 110cc single-cylinder engine that 8 bhp of power at 7500 rpm and a minute increase of 8.83 Nm of torque at 5500 rpm. The biggest USP for this scooter is again the typical Honda engine.

The Activa 3G's engine is very smooth and highly refined. The scooter has enough power to pull freely in traffic and the ease of riding the scooter gives to the rider is another positive point. Again, the Activa 3G engine has HET and a CVT transmission. Honda has claimed a fuel efficiency of 60 kpl with the aid of its HET. 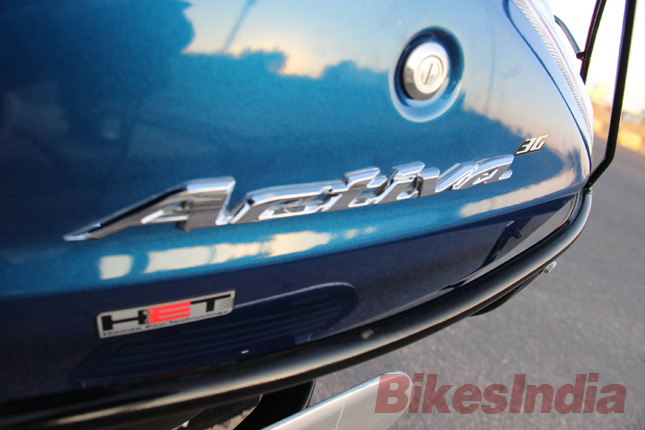 So to wind it up, the scooter market is also on the rise of late and even though there are many other better value for money products, the Activa still stands out of the crowd with offering extremely good performance and typical Honda's reliability and refinement. The Activa 3G is more of a cosmetic upgrade than a new product, but going by the pricing it is almost same as the previous version which makes it a good proposition to go for. So if you want something which has good power, looks, want to stand out of the crowd and most importantly prefer the refined Honda engine, then this is the one for you. 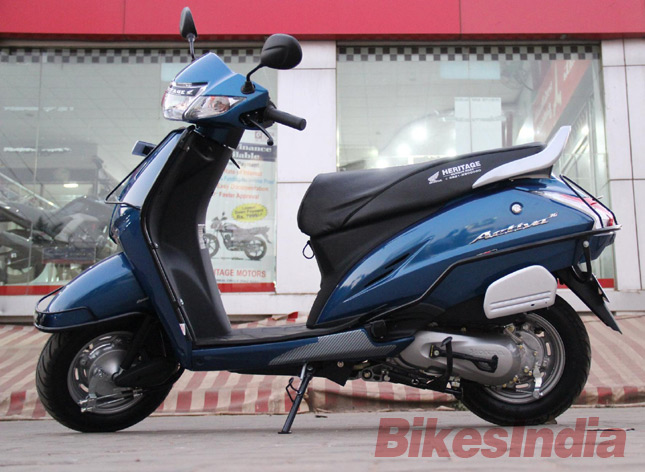 Cons:
1. After sales support.
2. No telescopic suspension.
3. May be the engine needed to be a little different than the old Activa 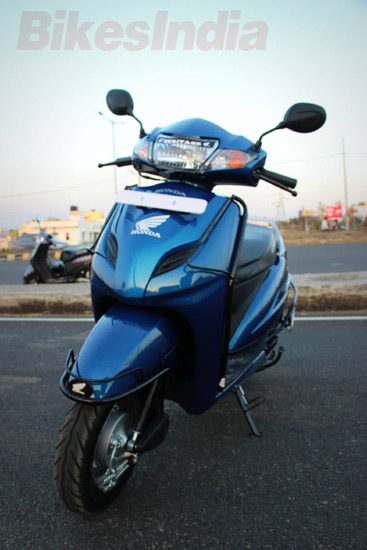 We sincerely thank, Mr Thimmaiah, Manager and their supporting staff at Heritage Honda, Mysore for their really great help & support from the beginning till the end of the entire schedule. It was a nice time doing the shoot-out with the crew and we did have a very great time all together. 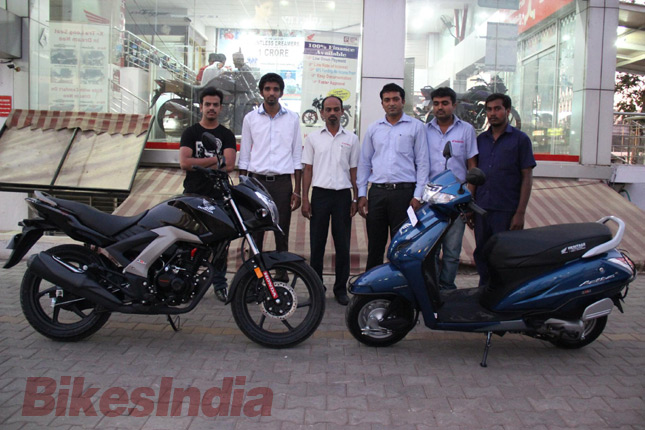 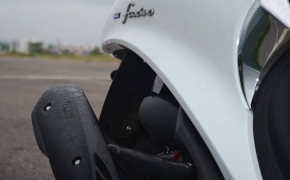 Jul 5, 2015
Let's find out how the best seller model of Honda fairs against the new style icon from the makers of YZF-R1. Honda makes the world`s best engines, Be it for land, sea or air (Yes, it makes airplane engines too).Yamaha is also not left far behind as they are known for their performance machines throughout the world. 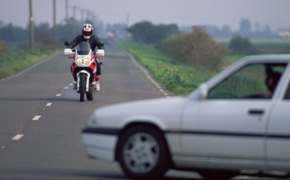 Jun 10, 2015
Accidents are called accidents because they just happen and nobody intentionally do it, two wheeler insurance are being made mandatory by the authorities to safeguard not only you as a rider but also the third party which might also get involved in case of accident. 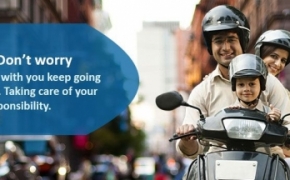 May 26, 2015
We are going to be explaining how two wheeler insurances work. In India, any vehicle, be it a two wheeler or a three wheeler or a four wheeler or any number of wheels that it might have, cannot ply on roads without an active insurance policy. 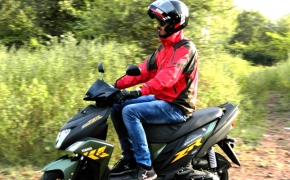