Every one of us knew this was going to happen. After weeks of leaked photos and videos of the bike, Yamaha’s latest offering in the highly competitive 200-300cc segment is here. Enter the Yamaha Fazer25. What’s new on the bike? What has changed since the previous FZ-25? Let’s dive in, to find out. 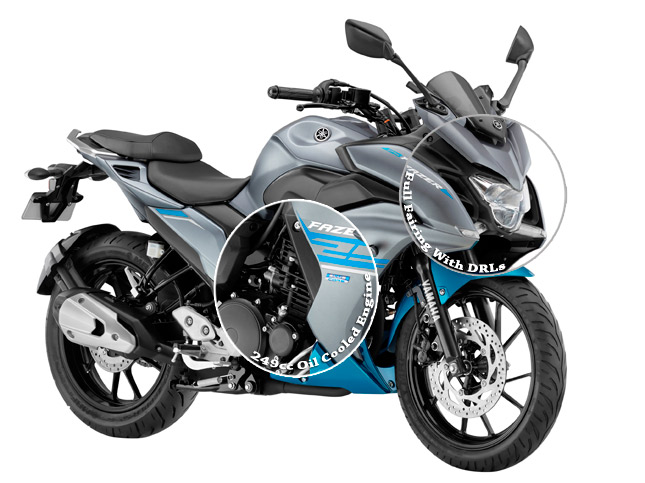 The Fazer-25 comes with the same Diamond frame as Yamaha FZ-25. The bike has the same rear section, same tyres and identical fully digital instrument console. Powering the bike is the same 249 cc Air cooled Engine with assisted oil cooling. Numbers produced by the Engine also remain same, 20.69 BHP @ 8000 RPM and 20 NM @ 6000 RPM. The front has 41mm forks with an adjustable monoshock at the rear. The quality of which is very premium.

What has changed is the fully covered body fairing with an addition of LED DRL’s in the front. The bike is now 6 Kg heavier at 154 kgs (kerb weight). Yamaha has positioned this bike as a sports tourer, and it will collide directly against Bajaj Pulsar RS 200 and even against Suzuki Gixxer SF. As these are the only two fully faired bikes under the 1 to 1.5 lakh price range.

Comparison With Its Naked Self: 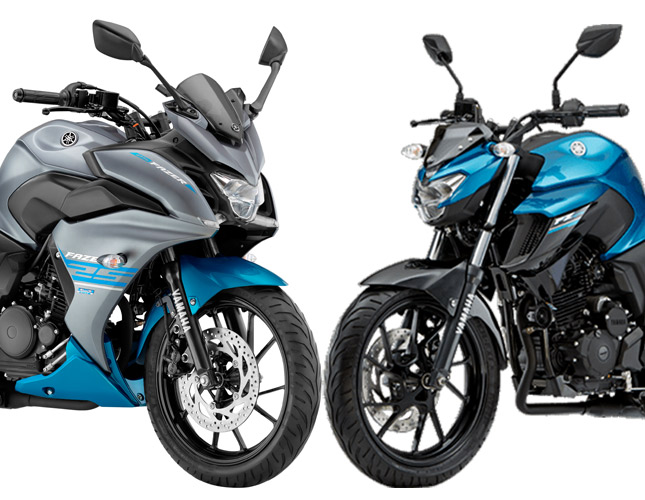 Mechanically both the bikes are same. They have identical Fuel injected engine with same power figure, beside the front fairing, there are small changes here and there on the bike including:
• New decals
• Twin headlamps
• Different paint schemes namely Soulful cyan and Rhythmic Red
Seating position is now more relaxed with the raised fairing. Both ends of the bike contain disc brakes, with a 282mm hydraulic disc with 2 pot caliper at the front and 220mm hydraulic disc with a single pot caliper at the back. With the increase in 6 kg of kerb weight, the mileage of the bike is sure to drip down from FZ-25 (not by much) but the added weight will help in increased highway stability as the bike will feel more planted now, and that’s what this bike is supposed to do. It has capabilities to be a good city bike and also a fully faired front end with powerful lights to illuminate the dark highway roads.

Yamaha has revealed that the full fairing will give plenty of wind protection on the highway and ensure a smooth and tireless touring experience. The headlamp too is the same unit from the FZ25 only with added DRLs. The fuel tank of the bike remains 14 litres which according to Yamaha should give a nice 600km once fully filled. 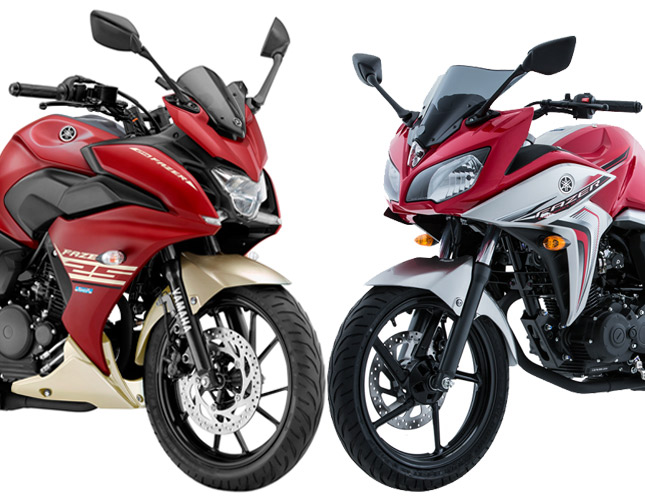 There is worry around the town of the performance on the Fazer-25 being affected by the added weight which happened in the case of Fazer version 2.0; But to be honest the engine on the new FZ 2.0 from which it was lifted and planted onto the Fazer 2.0, was already weak on the numbers, to begin with. As a result, the Fazer version 2.0 is one among the most underpowered bikes in our country right now.

In the case of FZ25, the engine is a good torque filled unit. With a marginal increase in weight and added wind protection the top speed on the Fazer-25 won’t be decreasing by any significant amount and the 20 NM of low-end torque which kicks in quite early will make it easy to ride the bike in the stop and go traffic. 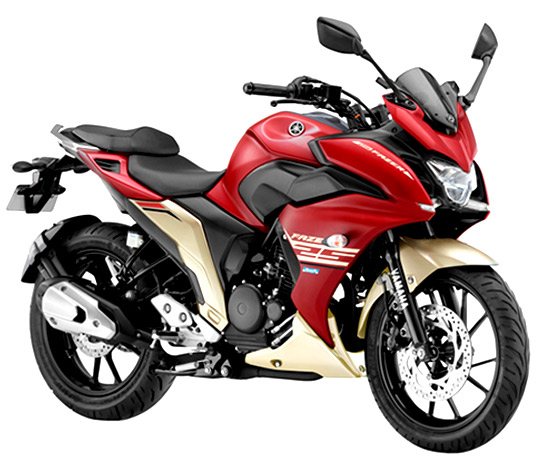 The new Fazer 25 is Yamaha’s attempt to cash in on the sports touring market. The company wants to take all those bikers who actively motovlogs their long ride journeys and even those who prefer to hit every hill station as soon as their boss give them an extra day before the weekend, under its wing.

The bike is not meant for track, it’s just meant for performance on long rides; but unfortunately it will have to compete with two of the best-selling bikes in our country (Pulsar RS 200 and Suzuki Gixxer SF), which not only can easily crunch kilometers on the highway but can also lean in the corners and make you feel like a street Rossi.

The competition is getting tougher as we speak and it’s only a matter of time when we get to witness a game of thrones like scenario among motorcycle companies in India. As we not just have Wolves and Dragons but also Sharks and Apaches. The Fazer 25 is priced at Rs 1.29 Lakh (ex-showroom Delhi)

Do let us know your thoughts in the comments section below and for everything about motorcycles stay tuned to BikesMedia.

Jan 23, 2016
We live in a country where one bike is expected to do everything. The Mahindra Mojo is a machine which is made for one purpose, Cruising. After an extensive review on the Mojo 300, we take the bike off- road and see how it performs.
View all reviews of Tourer Bikes