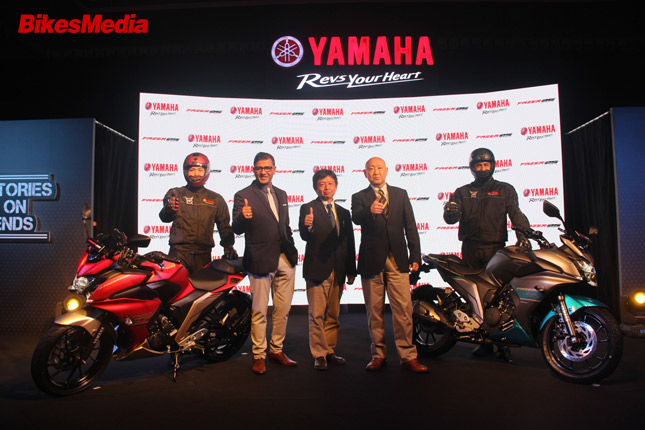 Yamaha launched their all new Fazer 25 the other day in a press event, making it their second quarter liter motorcycle in the market. The motorcycle currently locks horns with the Bajaj Pulsar RS200, as it is the only true motorcycle to compete in the segment. Here's a head to head comparison of both the motorcycles, discussing about the looks and design philosophy, engine and performance, equipment and instrument cluster. 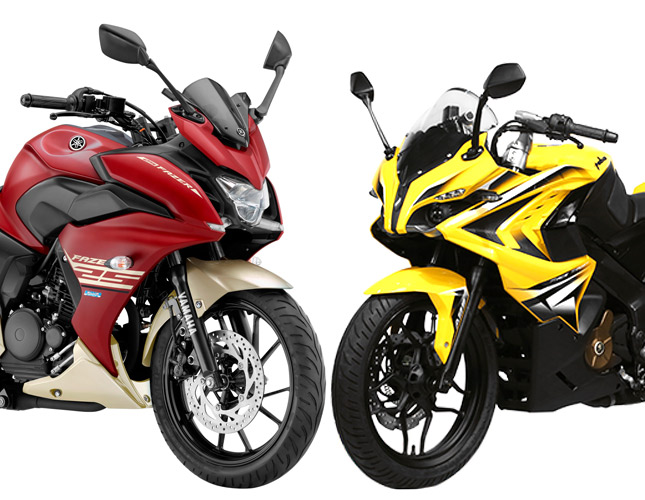 The Yamaha Fazer 25 has exactly the same underpinnings like its naked counterpart, the FZ25. But the similarities stop here, since the motorcycle looks a tad over designed making it unappealing on a first look. Though this might be subjective to one's personal preference. The motorcycle looks the best when viewed from either sides, and all those marks nullify after looking at the front. The front end of the motorcycle looks like an unsuccessful combination between the FZ25 and Fazer. The rear section remains similar to the FZ25, and there isn't much to comment about it.

On the other hand the RS200 looks way better, though the motorcycle is also a bit over designed with those unnecessary cuts and stickers. The bike has a true sport cruiser look with a decent fairing and tall clip-on handle bars. So, overall the Bajaj Pulsar RS200 wins hands down in the looks and design department. 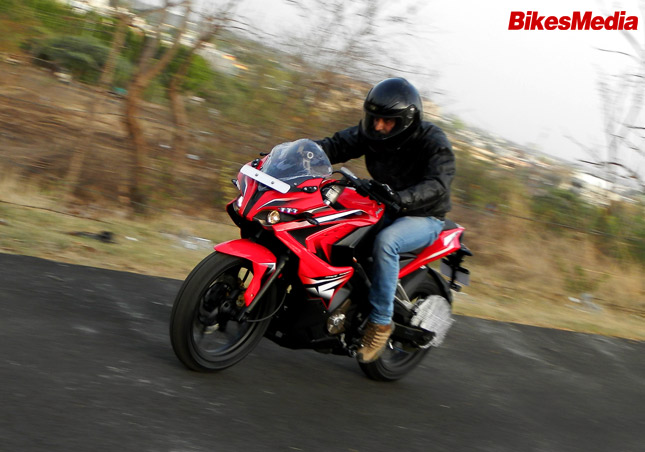 Both the motorcycles are fuel injected and have a good throttle response. Though the Bajaj Pulsar seems to deliver a higher power output, on the long run the Yamaha would come out as a winner, courtesy of Yamaha reliability. The Fazer 25 also churns out a bit higher torque which would be useful to cruise with ease on higher gears. 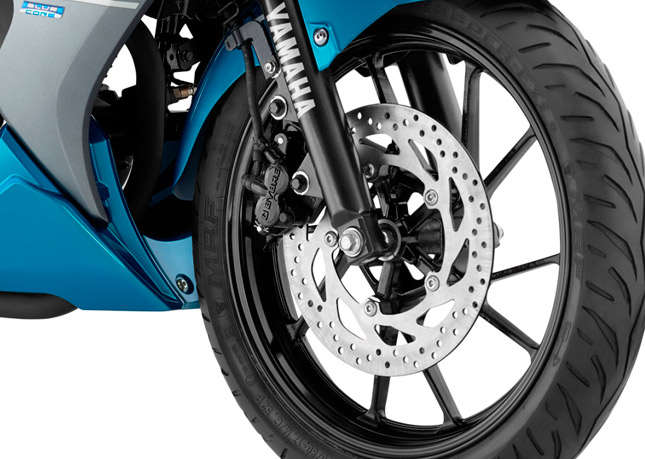 The Fazer 25 comes with a Diamond frame while the RS200 is equipped with a much responsive Pressed steel perimeter beam section frame. Braking duties are carried out by discs on either ends for both the motorcycles, though the Pulsar has larger discs on both ends. Both the motorcycles are suspended by telescopic forks up front while having a mono suspension in the rear (Pulsar gaining a small advantage of a nitrox filled canister). Both the motorcycles are almost similar in these departments and the end result is a tie. 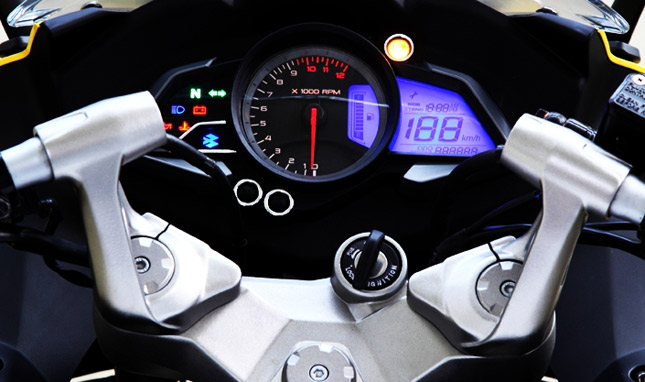 The Yamaha Fazer 25 has the exactly similar fully digital instrument cluster from its naked sibling, with all the required gauges and tell tale lights. The Pulsar RS200, has an easily readable console with analogue tachometer and a digital speedo, fuel indicators etc. The Pulsar RS200 wins in this segment as the tachometer is easy to read even in daylight, which is resilient on the Fazer 25. The headlights are equally powerful on both motorcycles, as the Fazer is equipped with a full LED unit and the Pulsar comes with dual 55w/65w projector lamp setup.

Jan 23, 2016
We live in a country where one bike is expected to do everything. The Mahindra Mojo is a machine which is made for one purpose, Cruising. After an extensive review on the Mojo 300, we take the bike off- road and see how it performs.
View all reviews of Tourer Bikes